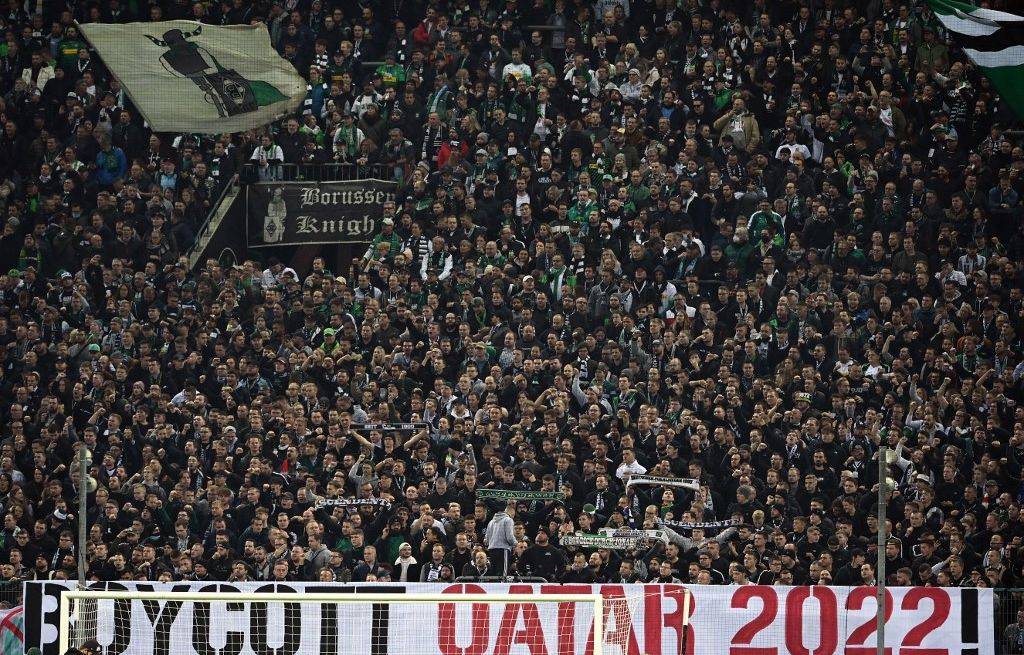 Amnesty International regretted, two weeks ago in a subject of 20 Minutesthat the French Football Federation (FFF) has not taken a position, unlike its German and Dutch counterparts, in favor of a compensation fund for workers who are victims of industrial accidents on World Cup construction sites in Qatar. The NGO asks FIFA “at least 440 million dollars for the 2 million migrant workers” on this controversial World Cup.

Through its deputy vice-president Philippe Diallo, the FFF announced on Tuesday that it was working with several other federations on this compensation fund. Speaking at the opening of forum Think Footballorganized at the headquarters of the federation, Philippe Diallo summarized the position of the FFF in the face of the many criticisms that accompany the tournament in Qatar, namely “to accompany the developments, and not to boycott”.

“We spoke with a dozen federations to work on a triptych” of proposals, explains the leader. According to him, it is a question of “creating a reception center for migrant workers which would be part of the legacy of the Qatari World Cup, creating a compensation fund for all those who have been victims of accidents at work during the works of the world Cupand to ensure that all captains can wear an armband sign of inclusion”.

This armband with colored stripes was unveiled last month and will be worn by several captains of European selections. “We have submitted all of these proposals to FIFA and the Supreme Organizing Committee of the World Cup in Qatar,” adds Philippe Diallo. “We are trying to be pragmatic, to be efficient, our choice is to support the developments, and not to boycott, to ensure that the developments that we are beginning to see can be prolonged”, he continues. , while specifying that the FFF will ensure that the employees and service providers of the base camp of the Blues to Doha have good “working conditions and remuneration”.

“Let the FFF carry its voice within FIFA”

The idea of ​​a compensation fund for workers who worked on the construction sites of the competition has been brought in recent months by several human rights organizations, which have called on the sponsors of the World Cup to support the initiative. “We welcome this speech, support from the FFF,” reacts Lola Schulmann, advocacy officer at Amnesty International.

“The goal now is for the FFF to have its voice within FIFA and for FIFA, too, to be committed to workers,” she adds, recalling Amnesty’s demand for abound the fund with a “minimum amount” of 440 million dollars, the equivalent of the sports endowments promised to the 32 selections aligned.

Gaps in the protection of workers

Qatar has put in place workers’ compensation systems but these measures have been slow and have not benefited everyone, according to Amnesty International. The ONG, who welcome certain social reforms adopted by the Qatari authorities, point to shortcomings in the protection of workers, evoking “thousands of victims”; as well as a recurring problem of unpaid wages.

For its part, Qatar vigorously rejects criticism of its inaction on workers’ rights, welcoming in particular the introduction of a minimum wage, the relaxation of the dependence of workers on their employers and the imposition of stricter protective rules during very hot summers.

volunteers design the living logo of the 2023 Worlds

Roberto Martinez after the defeat of the Red Devils against Morocco: “There are tensions in the group”

They sink the ship of the Vikings