Riquelme: “We will have to be ready for the best Atleti” 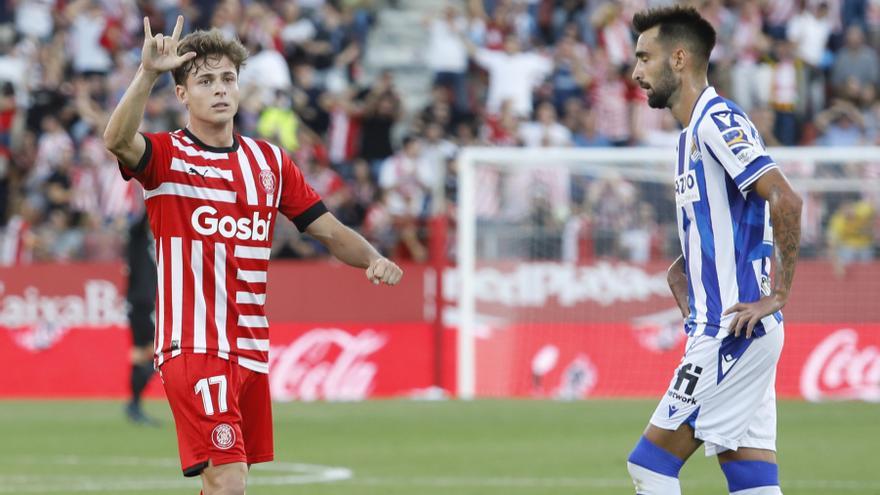 Roro Riquelme knows better than anyone the dangers of theAtlético de Madrid. The winger on loan from the Matalasser club has acknowledged today in a video released by the club’s media that this Saturday’s match at Cívitas Metropolitano will be “special” (4:15 p.m.). “I was born and raised at Atleti, it will be a special match but we will win it. We need to score points and we will do everything to achieve it,” he said. Girona is in 13th place in the standings, three points clear of relegation, after two consecutive defeats. In the last one, against Real Sociedad (3-5), Riquelme played a prominent role and was the author of the first goal for the Girona side with a great individual action.

❝It will be a special match for me but we will win it.❞

❝Atleti when you least expect it is when it becomes stronger. We must be ready for his best version.❞#AtletiGirona pic.twitter.com/EfYoq0QSOf

The Madrid player spoke about Girona’s next opponent: “If you’re not in it, you don’t quite understand it, but it’s a constant not giving up and overcoming adversity. I know they’ll have that attitude, like in all the games. It’s going to be complicated “. For him, the way to overcome those of Diego Simeone will be as follows: “Each player will have to give 100%, both what starts and what comes out, to counter their DNA and their fans who push a lot”. Atleti can never be given up because when you least expect it is when it gets stronger. We will have to be ready for the best Atleti“, he commented.