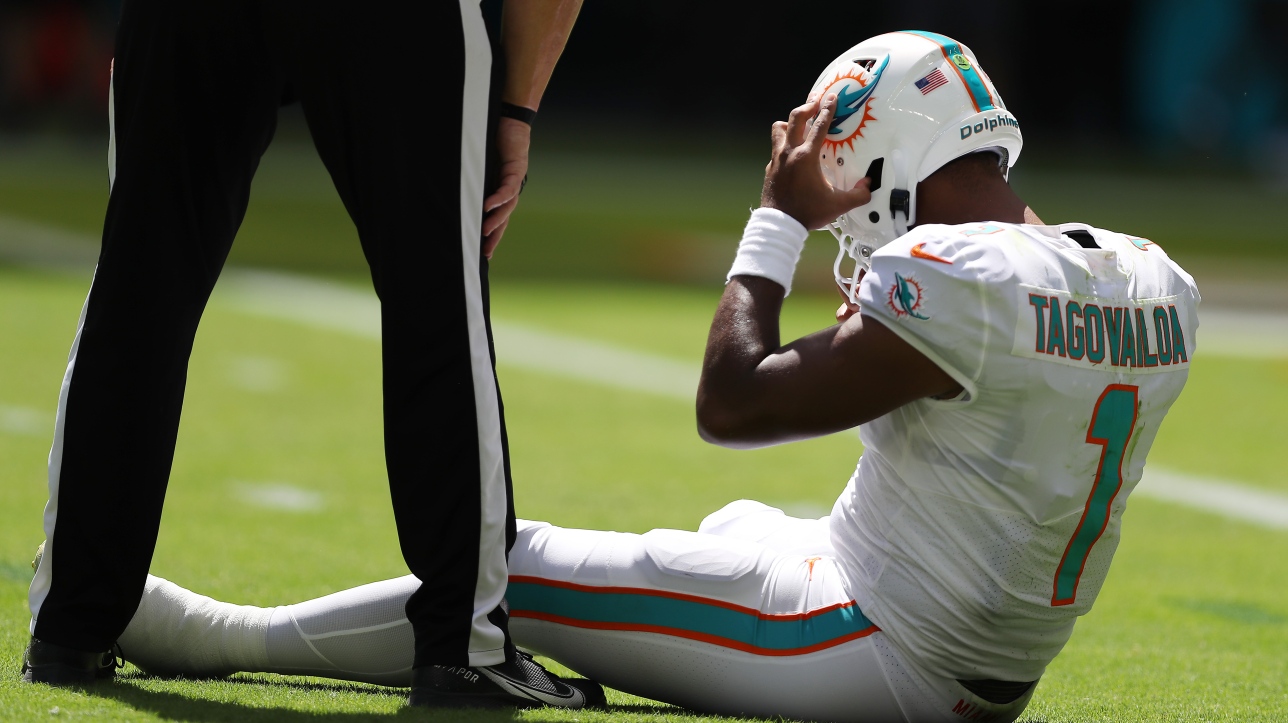 The NFL Players’ Association has agreed to changes to concussion protocol and is urging the NFL to do the same before Sunday’s game kickoffs.

The announcement comes after a review of the assessment that was made of Miami Dolphins quarterback Tua Tagovailoa in Week 3.

“Our union has agreed to change concussion protocols to protect players from returning to play in the event of an incident similar to that of September 25,” said the executive committee of the players’ association. the NFL in a statement. “We would like these changes made before games on Sunday to protect players immediately and we hope the NFL will accept these changes before games as well. »

Tagovailoa hit the back of his head on the floor and tripped while trying to get to his team’s huddle after a game Sept. 25 against the Buffalo Bills. He was immediately brought to the locker room with a head injury, the team announced at the time.

He passed the evaluation in the locker room, then completed the game after halftime. Tagovailoa and the Dolphins clarified that his fall after contact was caused by a back injury he suffered earlier in the game.

Four days later, Tagovailoa was taken to the local hospital after his head hit the ground against the Cincinnati Bengals. He was diagnosed with a concussion and will not play against the Minnesota Vikings on Sunday.

The AJNFL enforced its right to request a review of the NFL’s concussion protocol after Tagovailoa’s quick return to the game and fired the consultant who originally evaluated Tagovailoa against the Bills.

Both the NFL and the players’ association have said they are committed to modifying the concussion protocol based on what both parties learn from this review.