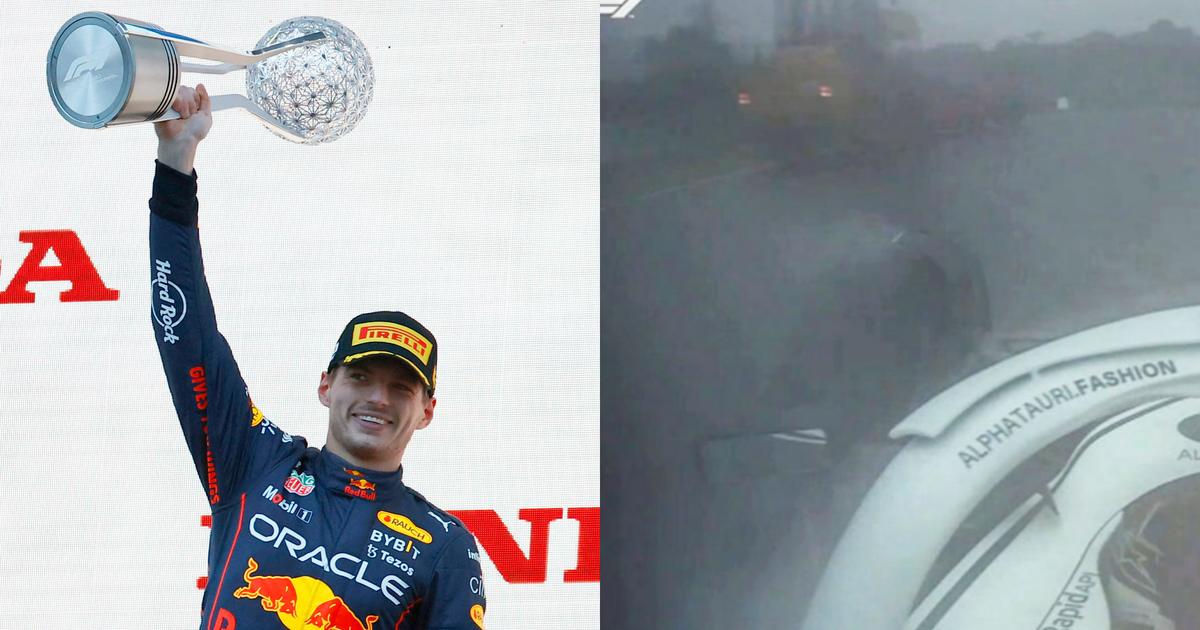 The new victory and the title of Verstappen, the big blow of Alpine, but also a risky direction of race, find the tops and the flops of the GP of Japan.

Verstappen, victory and the title

It looks like a perfect weekend for the Dutchman. Pole on Saturday, victory on Sunday and the world title in stride. Hard to beat. Max Verstappen (25) therefore signed his 32nd career victory, his twelfth success of the season and won his second world title in a row. A deserved coronation as the Batavian dominated the season and the symbol is beautiful to be champion in Japan on Honda lands. Red Bull and the Japanese engine manufacturer have strong ties and this offers a nice wink.

Read alsoFormula 1: Max Verstappen, the confirmation of a mature prodigy

Ocon and Alpine, the great reaction

After two races where the French brand had not scored a single point, Alpine has raised its head in Japan. Solid against Lewis Hamilton, Esteban Ocon took a good fourth place at Suzuka. His best result of the season. The Blues are smiling as Fernando Alonso, seventh, allows Alpine to score 18 points while McLaren takes only one. The French team thus recovers the fourth place of the manufacturers (143 pts) with thirteen units ahead of McLaren.

The paying choice of Vettel and Latifi

9:23 a.m. The safety car pulls away and the race is finally restarted after more than two hours of interruption. While all the drivers are on rain tyres, two smart guys opt for the intermediates and rush into the pits before everyone else. An early stop of two laps compared to the rest of the competitors. A paying choice since the two joined the top 10 on arrival. Sebastian Vettel equaled his best result of the season with sixth place while Nicholas Latifi, ninth, simply scored his first two points of the season.

Crane on the track, allocation of points: the confusion generated by the race direction

We are far from what we experienced in Abu Dhabi in 2021 during Max Verstappen’s first title but once again, the race direction did not shine today. Confusion reigned on Sunday at Suzuka. Back to the facts. First of all, it started with the appearance of a crane on the track (2nd lap) under red flag while drivers were still on the track. Carlos Sainz had just rammed his car into the wall. The race was under a safety car and then a red flag regime, but drivers like Gasly were still driving in near-zero visibility and only saw the crane at the last moment. Provoking the logical anger of the French pilot. A crane has no business on the track as long as pilots are there. It cost the life of Jules Bianchi (injured in 2014 and then died in 2015) and it also caused talk at Monza in September when a crane appeared at the end of the race as the cars passed by.

Read also“I could have killed myself!” : the big anger of Pierre Gasly after having brushed against a breakdown vehicle during the Japanese GP (on video)

Then, during the two-hour break, the information was thin leaving the teams and drivers in the dark. A little more clarity would be welcome in the future. And what about the allocation of points? The pilots did not even know if all the points were awarded when they got out of their single-seaters. The most total vagueness reigned for long minutes. Verstappen champion or not? During the post-race interview, he was not champion but was finally called back to let him know he was. You follow ? The Batavian not really serene since before climbing on the podium, he still wondered if he was officially champion for the second time in a row. Abnormal in Formula 1.

Third on the grid, the Spanish driver had the opportunity to climb on a new podium but he made a mistake on the first lap. After a hairpin turn, Sainz overshot too quickly, aquaplaning and sending his Ferrari into the wall. The Iberian then provoked the safety car which resulted in the red flag. A Sunday to forget for the number two of the Scuderia.