Indonesia: More than 170 dead in riots and panic at soccer stadium 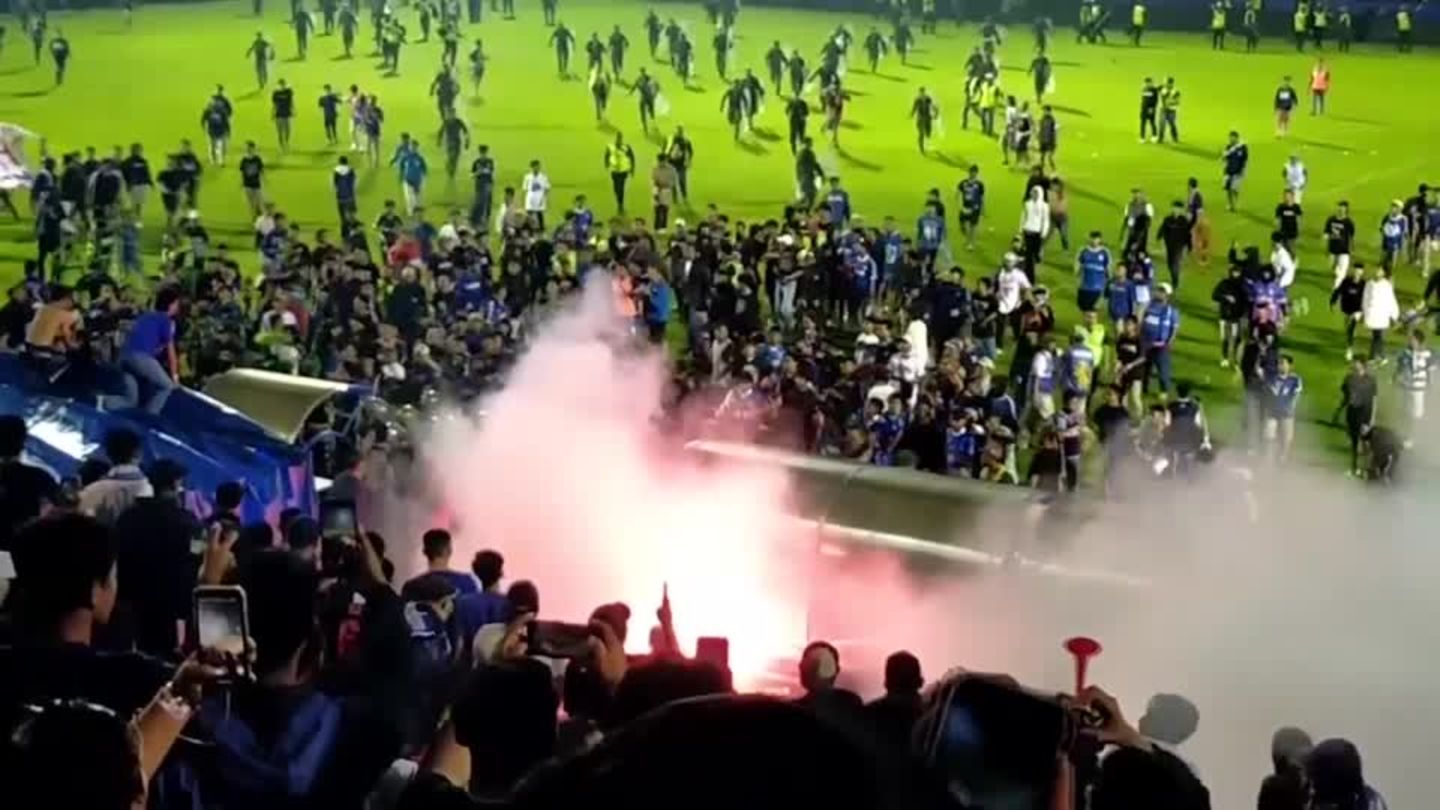 See the video: More than 170 dead in riots and mass panic in the football stadium

It is one of the biggest stadium accidents in the history of football worldwide. More than 170 people were killed and 180 others injured in riots and mass panic in Indonesia. The Indonesian authorities announced on Sunday. The disaster unfolded after the end of a soccer game on Saturday in East Java, Indonesia. Arema FC has just lost to Persebaya Surabaya. Fans of the defeated home team stormed the pitch of the Malang stadium, riots broke out. Security forces use tear gas. The situation after the end of the game had become “anarchic,” said police chief Afinta. “They attacked officers and damaged cars.” There was then a crowd when fans fled to an exit.
A survivor accused the security authorities: “The tear gas was not only in the stadium, but also outside. They also shot at the stalls and shops outside.” Indonesian Security Minister Mahfud MD wrote on Telegram that the stadium was filled beyond capacity. 42,000 tickets were sold, but the stadium was only approved for 38,000 visitors. Indonesian President Joko Widodo expressed his condolences to the bereaved and announced a review of security measures at football games. He also instructed the national football association to temporarily suspend first division games, Widodo said.
There have been repeated riots and violence among supporters of various clubs at games in Indonesia. The world football association Fifa stipulates that stewards and police officers in stadiums are not allowed to carry or use firearms or tear gas.