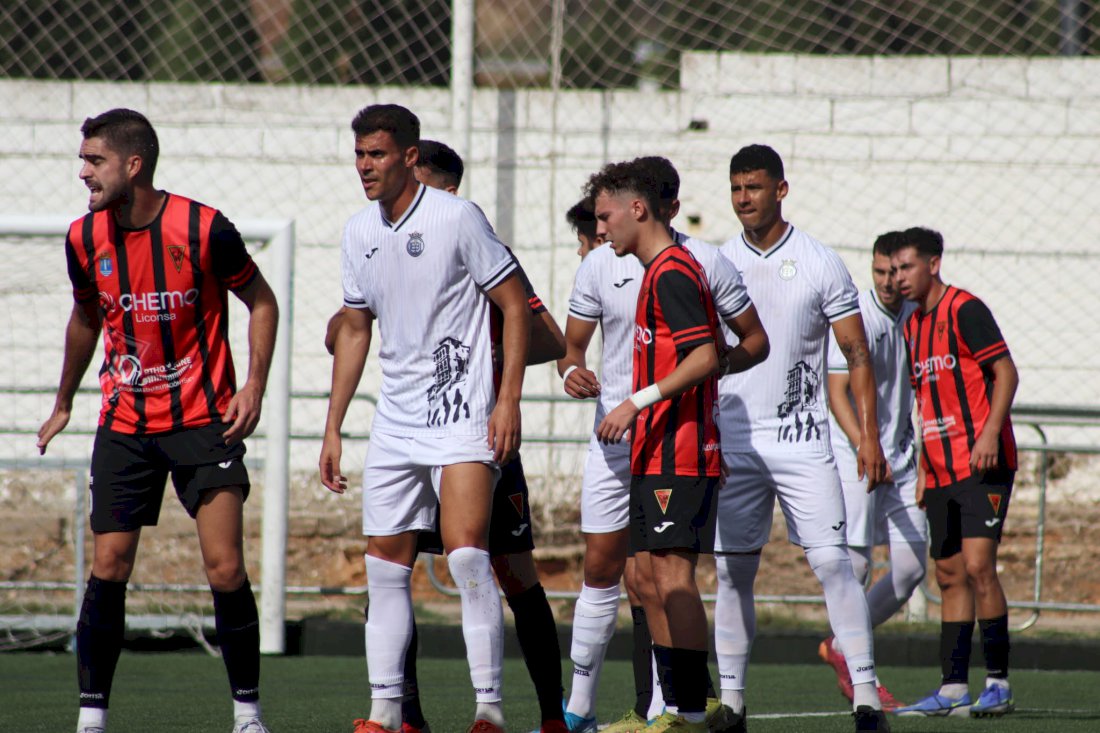 The UB of Cuenca continues without lifting its head this season. The black and white team, after an outstanding first half in which they were able to leave with a few more goals on the scoreboard to get the game back on track, has seen how a quick comeback has ruined their work. Much of the ‘blame’ has been the local goal, Miguel Ángel, who has curdled a splendid game under the sticks.

Azuqueca was scared as soon as he came out with a corner kick that Bernabéu mistakenly tried to clear, a ball reaching the local Arroyo with which he could not connect. He would begin to win the entire Balompédica after this first scare, and would manage to open the scoring in his first dangerous action. Conquense choral play, which began Tomás Cruz finding Youssef. The internship of the black and white ended in a pass of death that Luis Carlos intelligently let pass, thus finding an unmarked Yuya who took the opportunity to draw the 0-1 in minute 18.

The azudenses would reply just two minutes later with a crossed left-footed shot from Borja Cabanillas that went very close to the long post. Immediately, Domenech was alone to make a chopped shot that was not a problem for Raúl Bernabéu. In the 37th minute, Gonchi would also find himself unmarked when shooting from a corner, confirming Azuqueca’s improvement. However, the best would be for Cuenca: with time almost up, they had in their boots a 0-2 that could have changed everything.

A magnificent center by Etxebe from almost the baseline found Luis Carlos, who finished off in a clear position but was met by a miraculous intervention by Miguel Ángel, the local goal. Good first part of the Balompédica, which I would later regret not having taken advantage of this good stretch to leave with a few more.

The start of the second half would be a nightmare for Cuenca: Manu Martínez received a ball behind his back that he planted alone in front of Bernabéu, whom he dribbled to later define almost without an angle. Action much discussed by the Balompédica center-backs, who claimed that the scorer was offside. Domenech made it 2-1 almost immediately afterwards.

The one that Domenech would not miss would be a free kick in the 57th minute. A kick from the home side consummated the comeback in just 12 minutes. In minute 67, the Balompédica would have the tie in a messy play that they could not materialize. Iñaki took a shot with effect from his sleeve that was poisoning, and, again, Miguel Ángel would be more than providential so that the marker did not move. Shortly after, it was Oller, from a free kick, who ran into another good action by the goalkeeper from Azudense.

The risks assumed in attack would end up taking their toll through the third party from Azuqueca, who put the sentence. A Rubén Gómez steal found a lone Pablo Reina after Titi let pass. Reina, who had just entered, defined with a low shot to make it 3-1. Already in the discount, the Cuencans saw how Gerard’s goal was annulled after committing a foul on an Azuqueca player, something that the black and white claimed.

Balompédica is still without victory, and next week they will have to give it their all at home against another rival in low hours: Villarrobledo.