Champions: Napoli is always a show, even Rangers have been beaten – Football

The streak of success gets longer. Napoli is a steamroller, they continue to grind the game and bring home victories in Italy and in Europe. Rangers also fall under the pounding game of Spalletti’s team on the penultimate day of the Champions League group. With the 3-0 at Maradona, the Azzurri maintain a full score and reach the twelfth consecutive victory between league and cup, an absolute record that speaks volumes about the magical moment that the team is experiencing. To complete the party, after the qualification for the round of 16 already materialized on the previous day with the victory over Ajax, only the mathematical conquest of the first place in the group is missing because the victory of Liverpool in Amsterdam postpones the final verdict to the direct match in the program. on the last day Tuesday of next week at Anfield. For Napoli it will be enough not to be defeated by Liverpool with more than three goals to qualify for first place and to be able to hope for a more favorable draw. The game with Rangers has practically no history.

Despite Spalletti initially leaving important players such as Osimhen, Kvaratskhelia, Lozano, Zielinski, Anguissa and Juan Jesus on the bench, the technical-tactical differences with the Scots turn out to be enormous. Napoli leads the game at will and after a quarter of an hour from the start of the match they are already ahead by two goals, thanks to a brace from Simeone, who bags at 10 ‘with a diagonal from the right and at 15’ with a diving header. The game mechanics of Spalletti’s team remain unchanged despite the numerous changes compared to the basic line-up. The maneuver is always fluid and ball possession is suffocating for the opponents. The Rangers are constantly attacked when they are preparing to start the maneuver and fail to propose offensive maneuvers that can put the rearguard of the hosts in difficulty. In the second half, Napoli pays more attention to administering the advantage without wasting too much energy and the Scots face in some circumstances in the penalty area but fail to create problems for Meret. Spalletti makes all the substitutions he has available and also gives a presence in the Champions League to some young players in the squad such as Gaetano, Zerbin and Zanoli. The Azzurri scored the third goal ten minutes from the end of the match. On the cross from the flag of Raspadori stands Ostigard in the penalty area who hits his head and sends the ball into the net. It ends with yet another success. In Liverpool the last act of the first phase of the Champions League will take place in which Napoli is proceeding in forced marches and as a true dominator. 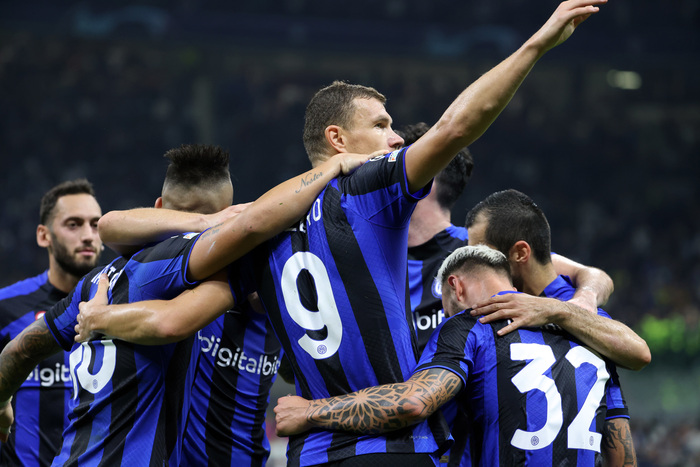 Qualified one round to spare. The Nerazzurri win away on matchday five of group C (ANSA)