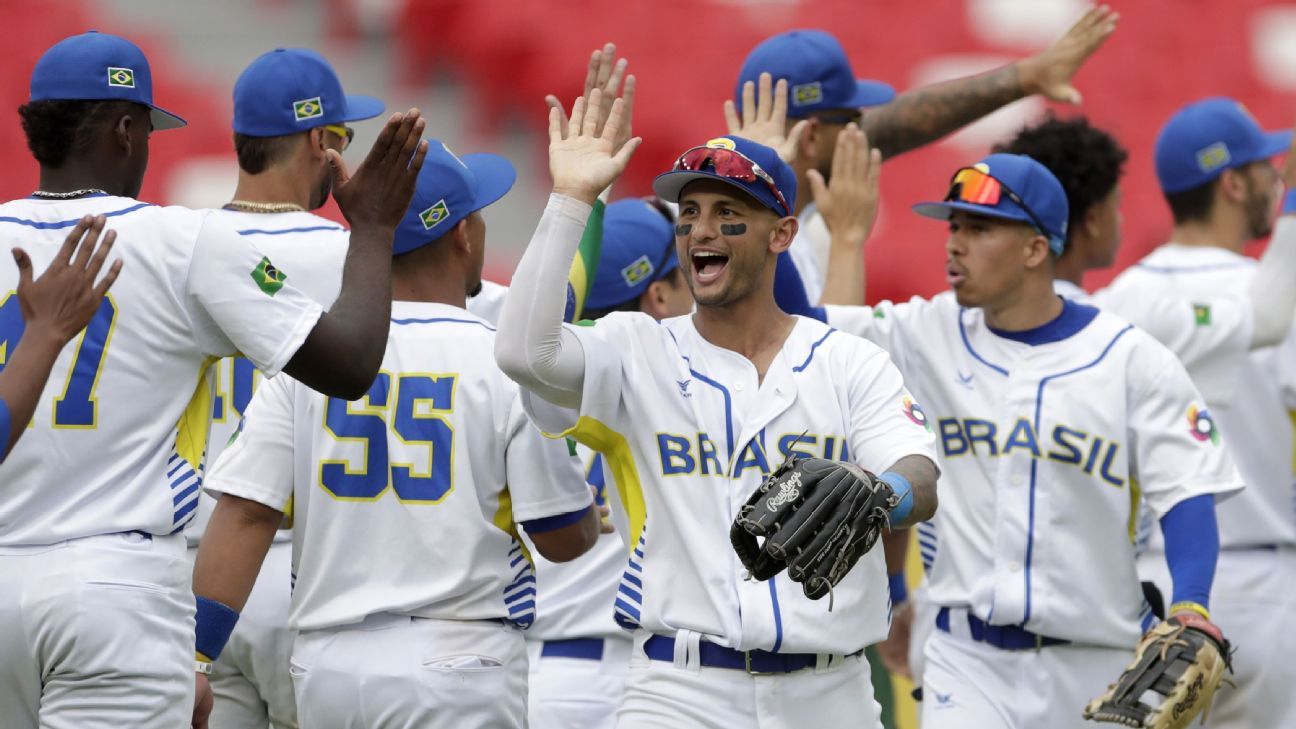 PANAMA — Leonardo Reginatto drove in two runs in the fifth inning to break a tie and Brazil beat Nicaragua 4-1 on Saturday, advancing to the dispute of one of the two tickets to the 2023 World Baseball Classic.

With the score at 1-1, the Brazilian third baseman fired his RBI hit and the South American team went back up the scoreboard after Nicaraguan catcher Melvin Novoa hit a solo home run to tie the game in the bottom of the third, in the match played at the Rod Carew stadium in the Panamanian capital.

Until Novoa’s home run, Brazilian right-hander Felipe Sales Natel had retired eight batters in a row, in a duel that started three hours late due to rain.

Reginatto, who was part of the Brazilian team that qualified in Panama for the 2013 Classic, stood out on offense, batting 3-3, with his two RBIs.

If you want to receive the best information from the sports world, download the App now.
espn.com/app »

Brazil, seeking its second classification in the tournament, added two victories in a row, so it will face on Tuesday for the first ticket of the tie the winner of the match between Panama (1-0) and Argentina (1-0), which was disputed later.

Nicaragua (0-1) will face the loser of that match on Sunday, in which New Zealand and Pakistan, who lost on the first date, will also play.

On Wednesday, the duel for the second and last ticket to the Classic will be settled. Great Britain and the Czech Republic advanced in another tie that was settled recently in Germany.