Barça shines in defense and makes a suit for Armani Milan 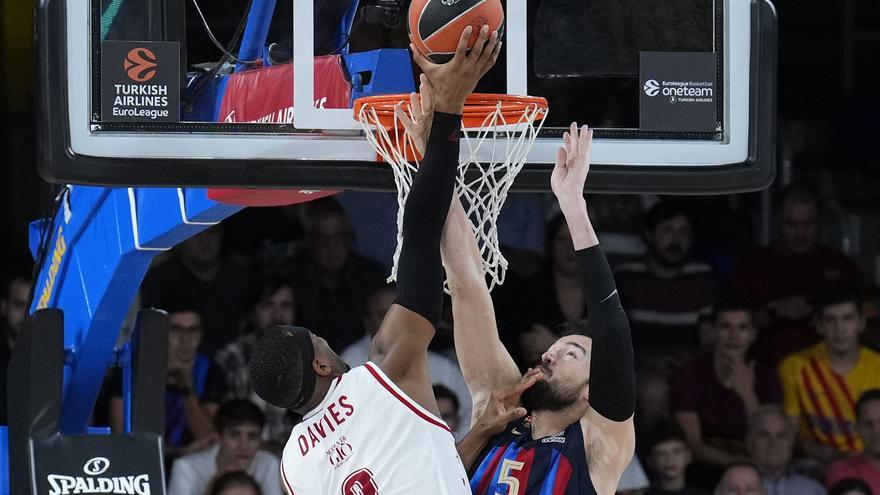 Few such placid matches will Barça live in the Euroleague like the one he had against Armani Milan, in theory one of the solid candidates for the ‘final four’ this season, which he overcame and left in a very poor 56 points. Without being in great percentages in attack, Jasikevicius’s team dominated from start to finish due to their intensity and solid defense, with excellent minutes from Tobeu (13 points, 7 rebounds), Satoransky (9 points, 6 rebounds) and Higgins ( 11 points) and that allowed him to secure his third victory in the competition (74-56).

“We played a very solid game and although it was a bit of an ugly game offensively, because both teams lost a lot of shots, we took another step forward”, explained Jasikevicius.

Brandon Davies had some account to settle with Barça. Beyond the economic issue, which Jasikevicius argued to explain his departure this past summer, the center returned to the Palau with the resentment that usually accompanies exes. With an intensity and motivation that he missed in his last three months of the season, when his departure to Armani was already taken for granted and his performance plummeted.

In fact, the first minutes were not Barça against Armani, but against Davies, who scored 10 of the first 12 points for his team, without fail. The ex-blaugrana punished Sanli on every ball he touched and touched them all in the first five minutes. But he lowered his performance when Jasikevicius bet on Nnaji to mark him and although he lowered his production, he finished the game with good numbers (18 points, 6 rebounds).

Barça was slow to find an offensive path. But his physical display and his level of defensive intensity went further from the start and that allowed him to quickly erase the advantage with which Armani started (2-8) and balance the score at the end of the first quarter (21-21 ).

Mike Tobey was the unexpected and unbalancing piece of the azulgranas with a good staging in both areas from the second period. He excelled on the rebound, especially under the Italian hoop, within the overwhelming dominance exerted by Barça. And in attack he began to add points under the basket and also opened the field with a triple. Higgins also contributed, but the appearance of Abrines prompted Barça to sign a very positive run in the fourth (22-8).

The key to the period, however, which allowed the Barça team to feed their advantage, was their defensive work, impeccable, without fissures, of a level that was reminiscent of last season. The Armani Milan blackout was absolute, due to many changes that Ettore Messina tried to reactivate his players.

Barça opened the first important gap before going to rest (43-29), but continued to deepen the wound of the Italians, outclassed in all aspects of the game, in the second half, which became an exhibition for the Catalan team. The collapse of Armani Milan was inexplicable, especially for the Messina slate. And the margins shot up to the score (61-41, m. 31), to the point that Jasikevicius could afford to introduce many bench players in the last quarter.

That decision was a gift for the Palau fans, because James Nnaji (18 years old) entered into a spectacular clash with the former Barça player Davies that delighted everyone. The young Barça player, of Nigerian origin, came out of the duel strengthened, winning a couple of actions in attack against Davies and finished off with a spectacular stopper in defense, a splendid finishing touch for a round match for Barça.