Asensio asks for a pass and Valverde gives the scare: bandage and medical tests 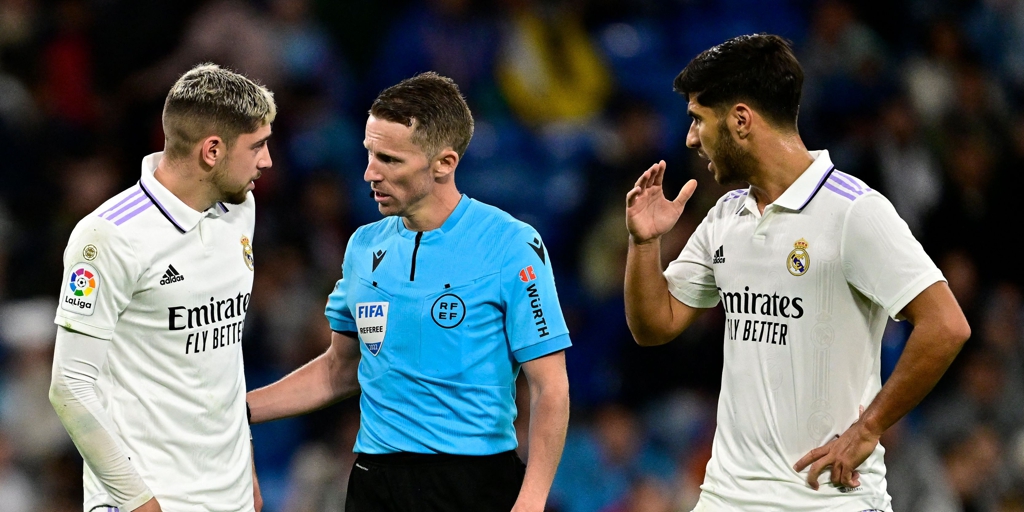 The celebrations and tributes in the moments before the matches do not usually please the coaches. Either by superstition or by distraction, they have their reasons to believe that it could be a counterproductive element for the team’s performance, but this Madrid is immune to everything, even leaden nights like yesterday, and not precisely because of the weather. Ancelotti’s men added their tenth victory in eleven games, in a match with a mini celebration for Benzema and Courtois for the awards received in Paris, an important section of disconnection that cost him the momentary draw and Ancelotti’s early substitutions, something unusual for him: «We pressed a lot in the first half and we did well, but we lowered the energy level in the second and with his goal we have lost confidence. The changes have given that energy and confidence that we needed.

The Italian was fast and successful with the changes. The team needed a physical plus, with few ideas and imprecise after the break and a somewhat weak last stretch of the first half, and they turned it around completely with the innings of Camavinga, Asensio, Lucas y Rudiger: «The changes have brought energy to the team. That does not mean that the substitutes have done badly. It is a resource that we have and we take advantage of it. When players enter from the bench who suffer because they don’t play and make a difference, it means that the squad is healthy. This is a moment of the season that we have to put up with because the physical and mental demands of these games are very great. We can not stop. We need to keep winning games.”

One of those complimented by Ancelotti was Asensio, who still does not count for Carletto as a starter, but is the substitute who contributes the most to the group. Last night, again, decisive in the 18 minutes he played. From his boots the brilliant 2-1 counterattack was born, and he attended Valverde in the third: «The season is long and I have to wait for my opportunity. It is true that I am having few minutes, but I focus on quality. Then the rest does not depend on me, but on the coach, ”said the Balearic. “He is a great player and he is taking advantage of the few minutes that I am giving him. Clearly he deserves more. He and Vinicius have made the difference,” explained Ancelotti.

The Italian wanted to extol the role of the Brazilian, intelligent and generous in 1-0 and 2-1: «He has given two assists to an empty goal, this means much more to me than a goal, I have told him: ‘What you have done today is more than a goal and you have to be very happy because you have shown great humility'”, he revealed Carletto, who also said that Benzema will not play in the Champions League on Tuesday, and will return to the team on Sunday in the League, against Girona: “We are not worried about him. It is a small problem that he has ».

Yes there is some concern with Valverde. The Uruguayan, who yesterday unleashed another whiplash of his own and already has seven goals this season, left the stadium limping and with the thigh of his right leg bandaged. An ugly entrance Papu Gómez, when the game was already in the extension, left injured the ‘Pajarito’, who will undergo tests this Sunday to find out the exact extent of the ailment. Like Benzema, it is most likely that he will not travel to Leipzig either.