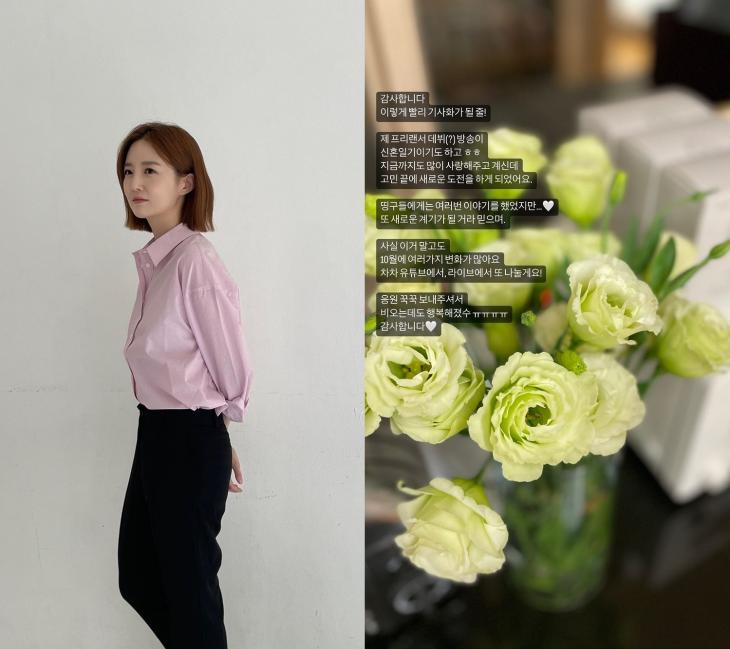 Kim So-young revealed the reason why she decided to appear in ‘Same Bed, Dream 2’.

On the 3rd, Kim So-young posted an article about joining the SBS entertainment program ‘Same Bed, Dream 2 – You are My Destiny’ through her personal Instagram story.

He said, “Thank you. He said, “My freelance debut broadcast is also a ‘Newlyweds Diary’ and I still love them a lot.

He continued, “I’ve talked to Dingoo many times, but I believe it will be a new opportunity.” “Actually, there are many changes in October other than this. I will share it again later on YouTube live.”

Kim So-young expressed her gratitude to the fans who supported her appearance in ‘Dongsang Imong 2’, saying, “Thank you,” and said, “Thank you for sending me your support.

Earlier, according to various media reports, Kim So-young and Oh Sang-jin recently finished filming for ‘Same Bed, Dream 2’, and they will join as a new couple to reveal their married life and daughter Sherlock for the first time.

Kim So-young debuted as an announcer for MBC in 2012 and has been working as a freelance broadcaster after retiring in 2017. In the same year, she was an announcer and she married broadcaster Oh Sang-jin, and she has one daughter.

Kim So-young is currently operating a personal YouTube channel and is active as a businessman.
Reporter Seorin Oh reporter@topstarnews.co.kr