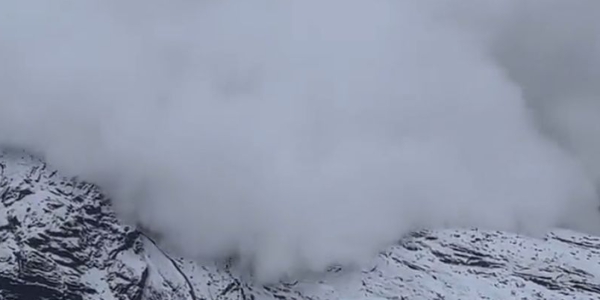 The incident has not caused any fatalities so far.

A gigantic avalanche has swept away this Sunday the base camp of Manaslu, located in Nepal and the eighth highest summit in the world (8,163 meters). The first information ensures that the incident has not caused fatalities, unlike another avalanche that occurred on the same mountain just a week ago, which caused two deaths and 12 injuries.

The wave of snow pounced on the camp and, after its passage, a total of six camps and some 30 tents were destroyed, as the climber Tashi Sherpa, one of the best known on the planet and who he was able to record the avalanche with his cell phone.

Over the years, the Himalayas have become a tourist destination despite the obvious danger involved in climbing the mountain range. A third of deaths are caused by avalanches and another third by falls from climbers, according to the Himalayan Database. Many also die from mountain sickness and exhaustion.

The deadliest mountain is Annapurna (8,091 meters), with 72 deaths per 365 ascents since 1950, that is, one death for every five successful summits. The Dhaulagiri and the Kanchenjunga have a lethality ratio of 10%. Steep steps and avalanche danger have earned Pakistan’s K2 peak (8,611 meters) the nickname ‘Wild Mountain’, with at least 70 deaths since 1947.