what to remember from the night at the US Open 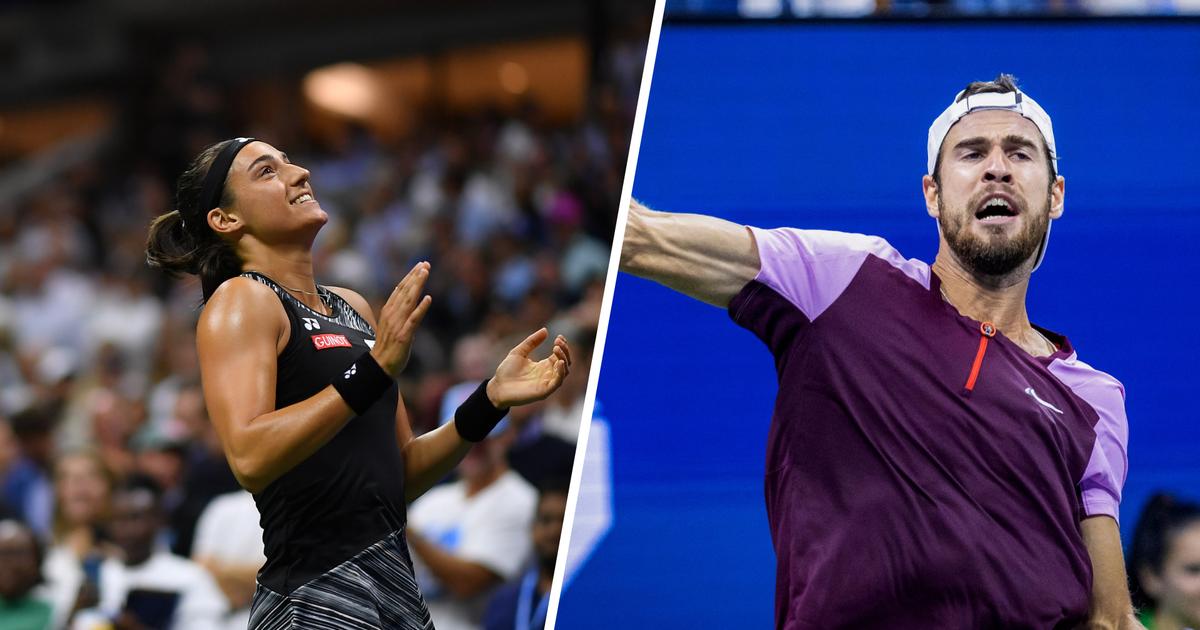 We can’t stop the French and the Russian, at the height of their confidence and qualified for the semi-finals in New York.

French women’s tennis has been waiting for this since 2013 and the coronation of Marion Bartoli at Wimbledon. A representative in the last four of a Grand Slam. It’s done and well done thanks to Caroline Garcia. On her cloud, she dominated without shaking Coco Gauff 6-3, 6-4. The Lyonnaise is the eighth Tricolor to reach the semi-finals of a Major in the Open era. She succeeds Françoise Dürr, Brigitte Simon, Mary Pierce, Nathalie Tauziat, Amélie Mauresmo, Nathaly Dechy and Marion Bartoli. She is only the third to reach the last four at Flushing Meadows in the Open era (since 1968), after Amélie Mauresmo (2002 and 2006) and Mary Pierce (2005).

From qualifying in Cincinnati to her winning quarter of the US Open, Caroline Garcia has won thirteen consecutive victories (11 on the main circuit). She hadn’t done better since her Wuhan-Beijing double in 2017. Since mid-June, she has scored 31 wins for only 4 losses. She is the current best player.

« I’m super happy, it’s another step in my career. I work hard for it, I dreamed about it, and today we can check it in the list. There are new challenges coming up and the charm of tennis is that it never stops if you don’t have a limit in your head. Signed Caroline Garcia for whom the dream can more than ever come true.

Caroline Garcia, 17th in the world, has dominated six players ranked in the 20th in the world since Wimbledon. In the past three years, the former world number 4 (summer 2018) had only beaten four … Contrast.

Caroline Garcia does not hide her ambitions before playing the next match against Ons Jabeur, finalist of the last Wimbledon, who had the last word against Ajla Tomljanovic 6-4, 7-6 (7/4). “Since the juniors, she is strong, souffle Garcia. It was very rare to play someone who made so many drop shots and so many slices with his backhand. Now she is world top 5 and has improved a lot. It’s a big challenge “. A challenge within reach of the Lyonnaise with regard to her current level of play. She has never beaten the Tunisian in two confrontations on the WTA circuit, but she had never before dominated Alison Riske in three meetings and Coco Gauff in two confrontations. So…

A Russian can hide another. Nick Kyrgios had knocked down world number one Daniil Medvedev, but he couldn’t follow up against another Russian Karen Khachanov. In a big day, the winner of the 2018 Rolex Paris Masters had the last laugh after a five-set fight of 3:39 7-5, 4-6, 7-5, 6-7(3), 6 -4. A monstrous showdown where Kyrgios, on alternating current, was nevertheless serious and applied from start to finish. But on the 27the world was the strongest to reach his first Grand Slam semi-final. At 26, he becomes the lowest seed to advance to the US Open semifinals since Kevin Anderson (No. 28) in 2017.

Impeccable in his attitude throughout the match, the boiling Kyrgios did not hide his frustration after his defeat, smashing his racket several times. A legitimate frustration. It must be said that he was almost a favorite in a tournament that was more open than ever… Did he miss the chance of his life?

In the men’s draw, the Norwegian Casper Ruud dominated the Italian Matteo Berrettini (14th) 6-1, 6-4, 7-6 (7/4). He is pursuing his dream of becoming world number one. To hope to ascend to the world throne, from which Medvedev will automatically fall on September 12 after his premature elimination, he will have to reach the final, or even win it if he faces Carlos Alcaraz there. Otherwise, it will be the former, Rafael Nadal, who will once again become the boss of world tennis.