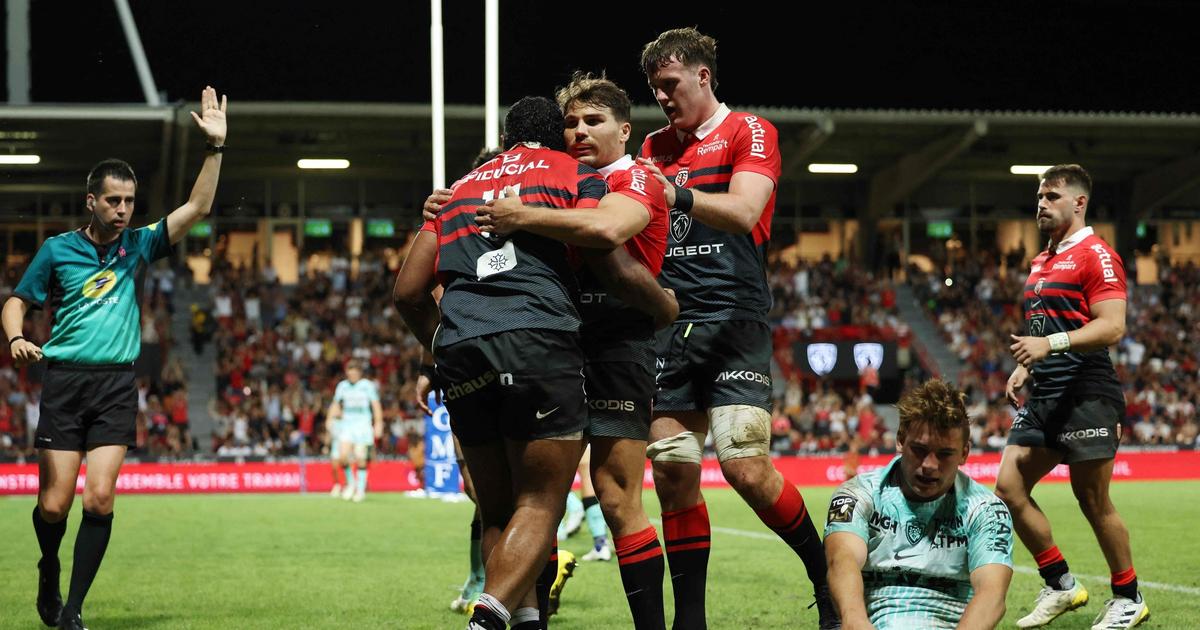 After their home victory against Racing on Saturday evening (37-10), the Stade Toulousain players resumed training on Wednesday, but without the three internationals, left to rest.

As announced by Rugby Rama, Antoine Dupont, Peato Mauvaka and Anthony Jelonch are spared this week by the Toulouse staff, while the team resumed training on Wednesday morning after their victory last weekend against Racing. The three Blues should not be part of the group that travels to Montpellier, the leader, this Sunday.

Manager Ugo Mola announced this summer his desire to preserve the form of his internationals. Thus Julien Marchand and Matthis Lebel had been left to rest for the trip to Pau last week. In Montpellier, the Rouge et noir will also be without Cyril Baille, Alban Placines, Paul Graou, Romain Ntamack, Pita Ahki, Santiago Chocobares, François Cros, Pierre-Louis Barassi and Juan Cruz Mallia, all injured.