The Rich Harvest Golf Farms of Chicago has hosted this week a new tournament of LIFE Golfthe fifth round of the new circuit promoted with Saudi funds, which, as in previous events, has distributed a spectacular prize pool of 25 million dollars, 20 in the individual general classification and the remaining five in the team classification.

The winner of the tournament, resolved with authority, has been Cameron Smith, who takes home a check worth four million dollars. In second place they finished equal Dustin Johnson y Peter Uihleinwho will each receive a prize of $1,812,500.

The team victory has been for the 4 Aces GCmade up of the tournament winner, Dustin Johnsonbeside Red Grouse, Pat Perez y Patrick Reed. They will take three million dollars (750,000 for each one). Below is the full tournament prize table. The second place in the team classification has been for the Smash, of Brooks Koepka, Chase Koepka, Peter Uihlein and Jason Kokrak, with a prize of 1.5 million dollars (375,000 for each one). And the third have been the Flyers of Mickelson, Wiesberger, Wolff and Tringale, with a prize of 500,000 dollars (125,000 for each one).

The best ranked Spaniard has been Sergio Garcia, tied with Joaco Niemann for fourth place. Through the individual classification will take a check worth 1,012,500 dollars. 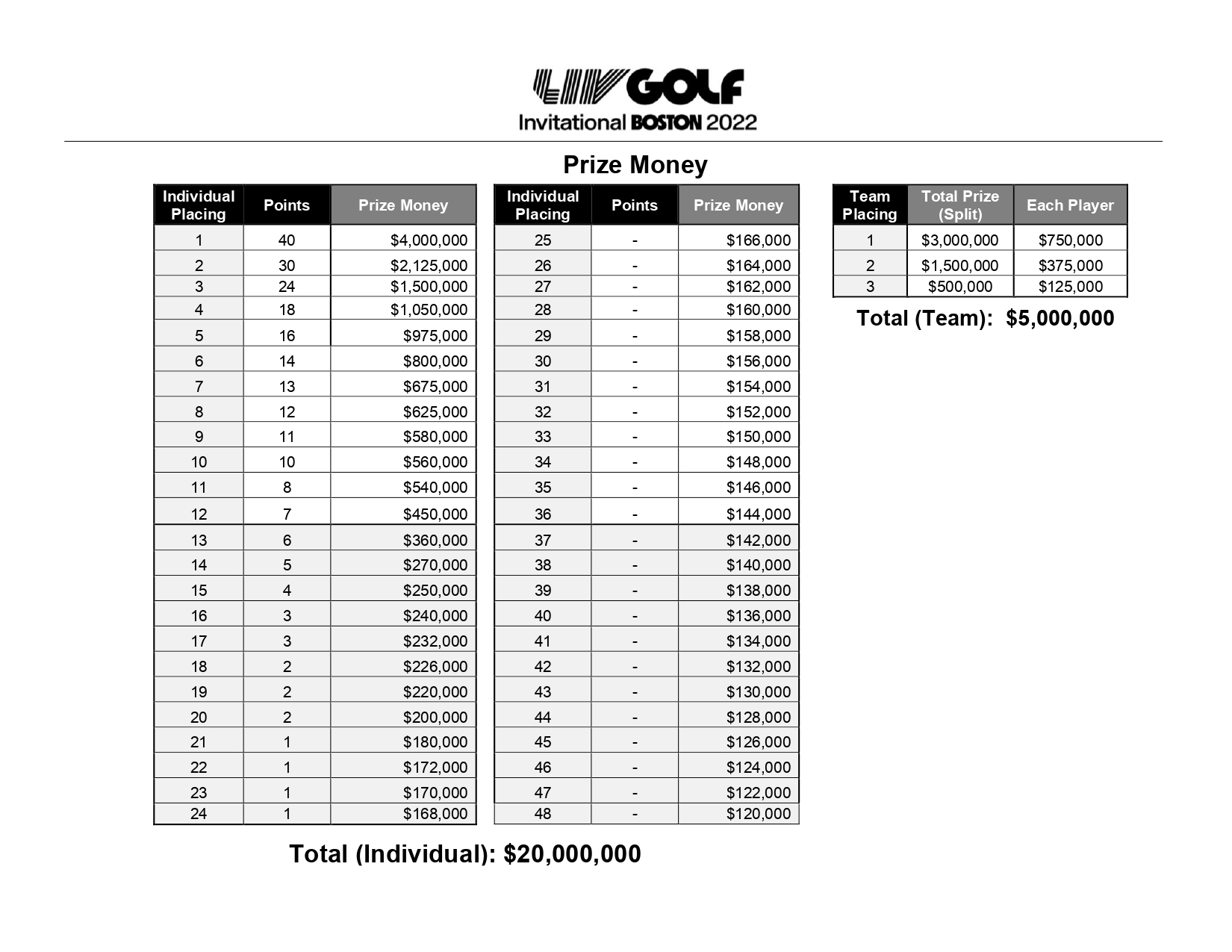