The keys to Xavi’s Barça, which has yet to lose as a visitor 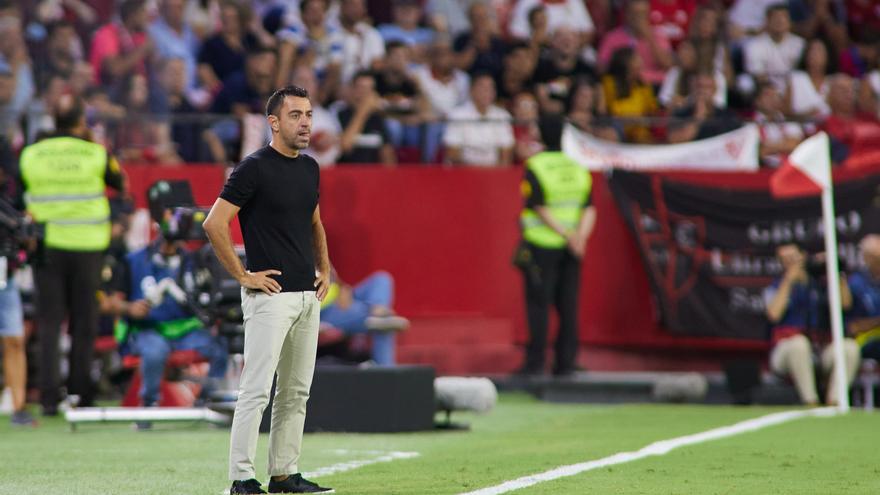 The game from area to area, the return of the best Marc André ter Stegen and a Gavi more essential than Busquets, this is the only way to understand Xavi’s Barça Hernandez, who he has not lost a game as a visitor in LaLiga since Terrassa sat on the bench.

Two victories by thrashing away from home this season and in two complicated visits (0-3 in Sevilla; 1-4 in San Sebastià). Last season, as visitors, Xavi’s Barça won nine of the fourteen games they played, drawing the other five.

But that team has nothing to do with the current one. Xavi made a list of wishes and Joan Laporta granted them all but one (Bernardo Silva), in addition, Barça found themselves with a unique market opportunity (Robert Lewandowski), which has changed everything.

This Barça of Xavi has little to do with the precedents. Tiquitaca? Sometimes, but without being fundamentalist, that’s the only way Xavi understands the game. For example, in the first twenty minutes of the game in Nervión, Sevilla dominated the game, the possession (61-39) and had the best chances, but when the Blaugrana were able to run, the game started to change color .

Dembélé is a guy who doesn’t understand Barça’s positional game, but who destroys anyone with spaces

Appeared Ousmane Dembele with a career in space, Lewandowski he set the quality mark by lifting the ball over the goal and Raphinha the sense of opportunism to counter the rejection of the Seville center.

In this move, Xavi’s commitment is understood with the continuity of Dembélé, a guy who doesn’t understand Barça’s positional game, but who destroys anyone with spacesalthough it is then unpredictable how everything will end.

This speed forward and counter-attacking play remind, for moments, and saving all comparisons, of Luis Enrique’s Barça, when Messi, Neymar and Luis Suárez played together.

With the wind in their favor and seeing Ter Stegen’s level this season, Barça can dream. The Achilles heel of the team, which conceded too many goals, seems to be saturated: one goal in four games, three clean sheets.

Behind, Xavi plays with the versatility of Eric Garcia, who made his professional debut with Barcelona with a goal, and from Jules Kounde. Both are able to remove the ball played from behind with such solvency how comfortable they are defending and attacking.

Last night, in Seville, Koundé, who was returning to what was once his home, provided two goal assists. He started the 0-2 with an exquisite service over Lewandowski. Then there is the Polish class, with a control and a finish without dropping the ball. At 0-3, he gifted the goal to Eric Garcia with a header.

Ronald Araujo he seems better with Koundé and gets along very well with Eric; on the left Alejandro Balde has replaced Jordi Albawho saw many minutes of the match from the bench alongside Gerard Piqué, both have taken a back seat at the start of the season.

The role of Busquets

In the center of the field, if Sergio Busquets seems irreplaceable in Camp Nou matches; in the away games he could lose prominence. Against Valladolid, he shone; in Seville, he suffered.

The reason is simple. Away from home, this Barça is more about Gavi than Busquets; of recovery rather than creation; to hold on and wait for the moment; in this the young man moves like a fish in water.

For this reason and unlike in the past, Blaugrana don’t care about possession as much as surprise. Sometimes he doesn’t need Pedri’s excellence, because he has two daggers and an executor in front of him.

Dembele and Raphinha work the camp, they overflow and shower Lewandowski with balls. The difference for Barça is in the areas, in three of them and in Ter Stegen.

Xavi has been able to find the key, but unlike last year, he has many more, even setting up different pianos to play classical or electronic music, it depends on the moment and the scene.

In total, a battery of doubled and tripled positions, such as left back. Now it remains to be seen how everything evolves and the Barcelona fans will have a first clue in Munich in nine days.

The talkative technician against the silent star