This Sunday was the 78th edition of the “Media Day” of the Milwaukee Bucks. We don’t really know if it’s the 78th – it just adds a little style to the text – but it’s the first in which Giannis Antetokounmpo positions himself so frankly on one of the great classics of the basketball debate. We develop all of this below.

« Hellow Giannis, what do you prifère to say : pain au chocolat ouw chocolatine ? ». It’s not super funny but it’s more than enough as a hook. This Sunday, on the occasion of the Media Day of the Milwaukee Bucks, Giannis Antetokounmpo landed for about ten minutes in front of the journalists. At the start of the 2022-23 NBA season – but especially on the return of EuroBasket – the Greek Freak first returned to his state of form : “Physically and mentally, I’m a little tired, but I really enjoyed my summer”. A sentence that the inhabitants of Milwaukee dreaded, those who have spent the last two months subduing the double MVP to face countries that they do not even know how to place on the map. For Giannis, this international competition – his fourth – catapulted basketball to the top of the Greek sports scene. A kind of cultural awakening in this country where, for a time, the orange ball was almost biblical, but which has not won a medal since EuroBasket 2009.

“It’s the first time I’ve seen people so committed. Basketball returned to Greece, even though we were only one game away from the medals. I felt people had hope and that was the most amazing feeling. You represent the whole country. They told me it was something like 6 or 7 million Greeks watching our matches. But there are 10.5 million people in Greece. It’s awesome. »

What do we ask of one of the best players in the world who spent his summer on FIBA ​​courts and is about to return to NBA courts? The journalists present in the press room did not fail in their duty, namely that of reviving the most eternal debate on the basketball planet: “What are the differences between the European game and the NBA game, and therefore which is more difficult? ». Three years after Luka Doncic publicly argued that scorer was “more complicated in Europe”Giannis Antetokounmpo is following in the footsteps of his Slovenian counterpart.

“The game in Europe is much more difficult than in the NBA. NBA players are more talented, but the space there is different: you have a lot more lanes to drive, to create. In Europe, it is more intense. All-court defence, two-man tackles, all-court zones, and then they defend you man-to-man until the last seconds of possession, and then they overtake you in the post… There are no lanes for driver. It’s more physical. »

It’s both great fun for the promotion of European basketball, and both smart to argue that “NBA players are more talented”. When a guy says of a player that he is less talented but harder to play against, how is the latter supposed to receive this false compliment? His analysis of the different types of defense in Europe and the reduction of spaces happily provides his argument. Then came this question, rather logical and expected, that any tweeter could have asked: “Are you currently the best player in the world? ». Answer full of humility or intelligence: to be defined.

“Am I one of the best players in the world? Yes. But am I the best in the world? No. He is the player who is able to take his team to the end. It’s Stephen Curry. Until next season…”

On the occasion of Warriors Media Day, Stephen Curry was asked about this fine praise from Giannis Antetokounmpo, which some of the journalists interpreted as a ploy to get rid of the pressure. “I don’t know if it was a ploy. I would have said the same thing last year about champions. I thought the same of Giannis last year and I appreciate the compliment. It’s not at all something that’s going to make me let my guard down (smile)”.

At the same time, after all he has accomplished, was Stephen Curry really expected to miss his shots because a great Greek called him a “best player in the world” ?

The press conference ends with the theme Abou Dabi. On October 6 and 8, Bucks and Hawks will travel to the United Arab Emirates to play two preseason matches. The question then is: “Giannis, are you worried about the energy that this long trip of 11,600 kilometers can cost you, especially after having participated in a Euro disputed in four different countries? ». We reformulated the initial question a little to bring some additional details, but the idea did not change.

” Nope. I’m always excited about the “Global Games”, traveling around the world and playing in front of fans who love the game. There are so many people who love the NBA outside of the United States […]

I’ll tell you something. For a kid like me, a guy who started from nothing, I think the NBA spoiled me a bit. Because here, we have our charter planes, we have our bus that takes us to the hotel. We have the five star hotels « Four Seasons ». Then you cross the Atlantic and it’s not the same: we check in, we check in our luggage, we live normally […] Here you can be quiet on your iPad. There is always food and snacks for you. We are blessed. We are more than blessed. »

A simple question about his state of form, transformed into a social debate by the uninhibited speech by Giannis Antetokounmpo. It’s still super nice to listen to a great player who goes further than his lessons of media training. We slide the video of his press conference just below, for those who are interested in more “secondary” subjects.

Media Day for the first franchises and already some great statements to eat. Giannis Antetokounmpo’s little outing confirms it, EuroBasket 2022 has probably been the best advertising in European basketball – at least the most effective – for quite some time. It’s nice and it opens minds. 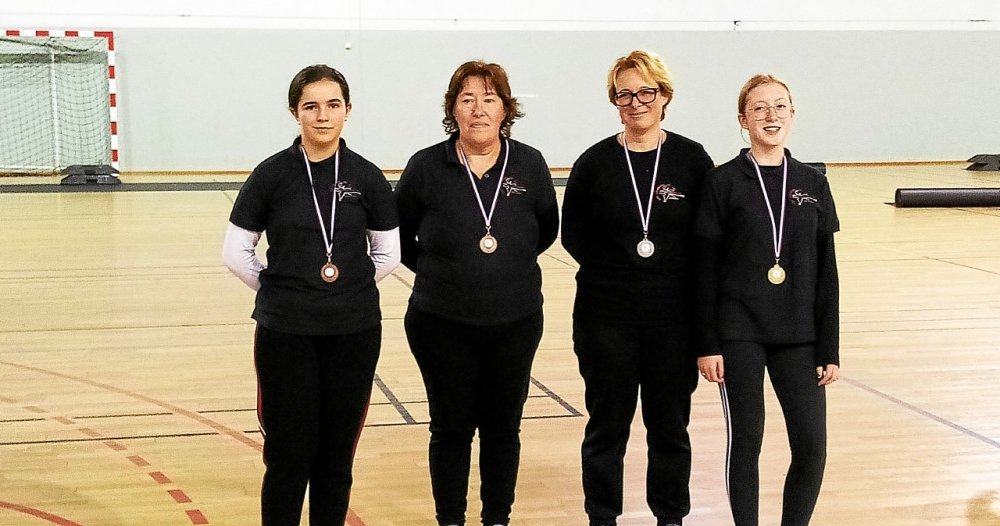 Archers from Crozon monopolize the podiums in Concarneau – Crozon