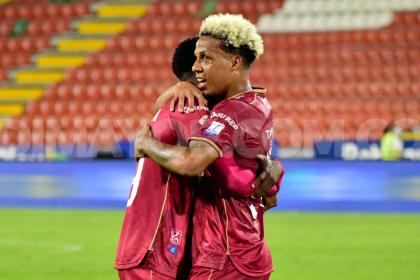 Tolima knew that there is no tomorrow, if he wants to dream of an eventual arrival at home runs. Hernán Torres’ men take a breather, victory by the slightest difference against Once Caldas, with a goal from Rodrigo Ureña.

The start of the game showed the intentions of both teams, trying to generate danger in the rival goal. Those of Torres, began to squeeze Caldas, which, in the first minutes, did not look clear, at the start with the ball. Many shots, without any precision on the part of Tolima.

From the outset, Tolima sent Lucumí as center forward, before the already announced departure of Michael Rangel, complicating the work of the Caldenses. The response of the visit was pale, with just a weak shot from Ayron Del Valle.

The second part showed all the local siege, being aware that the only option was to win yes or yes, given the bad campaign throughout the semester. Torres sent everyone on the attack, seeking to advance the lines, to get the result.

Individuality was the best and only way, a shot by Junior Hernández, which Chaux took, was the most striking, in the complement. In the last 20 minutes, Tolima charged forward, forcing Once Caldas to mount a line of five defenders at times.

Change of strategy by Tolima, starting to look for the centers. In the midst of the visitors’ retreat, Ibarguen sent a cross into the area. From behind, Rodrigo Ureña hit the ball, scoring the first goal, at minute 77.

The final minutes referred more to the desperation of Caldas, who could not find their way to the goal, despite the errors of the defense and the false starts of William Cuesta. Tolima reached 12 units and won again in the League, not since July. For their part, Caldenses are located in the fifth box, with 18 units, waiting for the continuity of the whole day.

More than 150 activities to experience Christmas in Úbeda