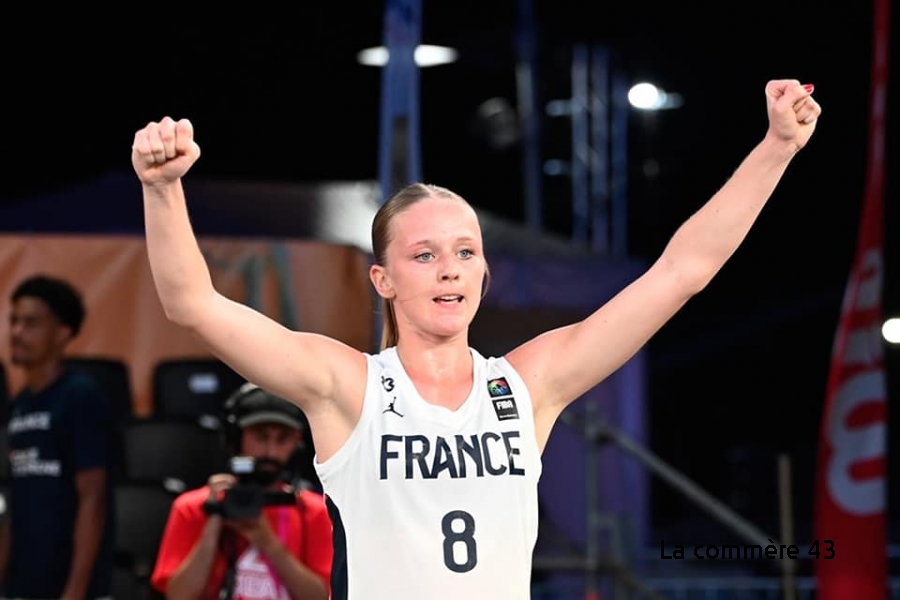 Lilou Thévenet, from Saint-Didier-en-Velay, has just won the gold medal with the French team at the Europe Cup U17 3×3 basketball in Athens (Greece).

Lilou Thevenet, 17, played at the Basket Club Désiderien Séauvois until 2017 before continuing his training elsewhere. She is now licensed in the Pays Voironnais. Alongside Lou Bobst, Margot Ounounou and Maelynn Elmira, she has just won a gold medal in 3×3 basketball. This is the second time after 2016 that the young French women are champions of the Europe Cup 3×3 U17.

Les Bleuettes flew over the competition, Lilou Thevenet and her 1.82 m being in scoring.

THEY ARE EUROPEAN U17 CHAMPIONS ???