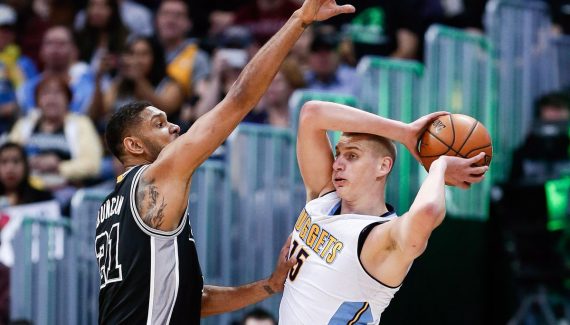 Double reigning MVP, Nikola Jokic returned to Denver with the biggest contract ever signed by an NBA player: 264 million dollars over five years! It’s unheard of, and it binds the Serb to the Nuggets until 2028 and he will be 33 years old. Like a Bradley Beal or a Damian Lillard among his contemporaries, Jokic wants to be the man of a single franchise, and he has a model in mind.

« It’s really good to be here. I want to be the Tim Duncan of the Denver Nuggets. But I need some titles to be like him recalls the Serb at a press conference. ” I love the city, the franchise, the people… I really love being here. I don’t want to change anything. »

This is good because its leaders do not want him to leave, and they have multiplied the exchanges to better surround him. After Aaron Gordon 18 months ago, Kentavious Caldwell-Pope arrived from Washington to strengthen the defensive sector. They also added Bruce Brown and Deandre Jordan, two other more defensive players.

As for Jokic, he spent his summer with the selection, and he missed it. ” It’s different. Of course, a little bit because of the rules. A little small because of the spaces and the 3-dot line. There is no three-second rule in defense. The land is smaller. The interior can remain in the racket. It’s interesting. Both a new and an old experience. I had not played in the selection for a long time “.

Invited to comment on Giannis Antetokounmpo’s statements on the level of European basketball, he continues: ” Is it more difficult? Yes, because I think you have to think faster. In the NBA, if you attack your defender, you see the help coming. In Europe, help is already there. You have to think and be one step ahead« .