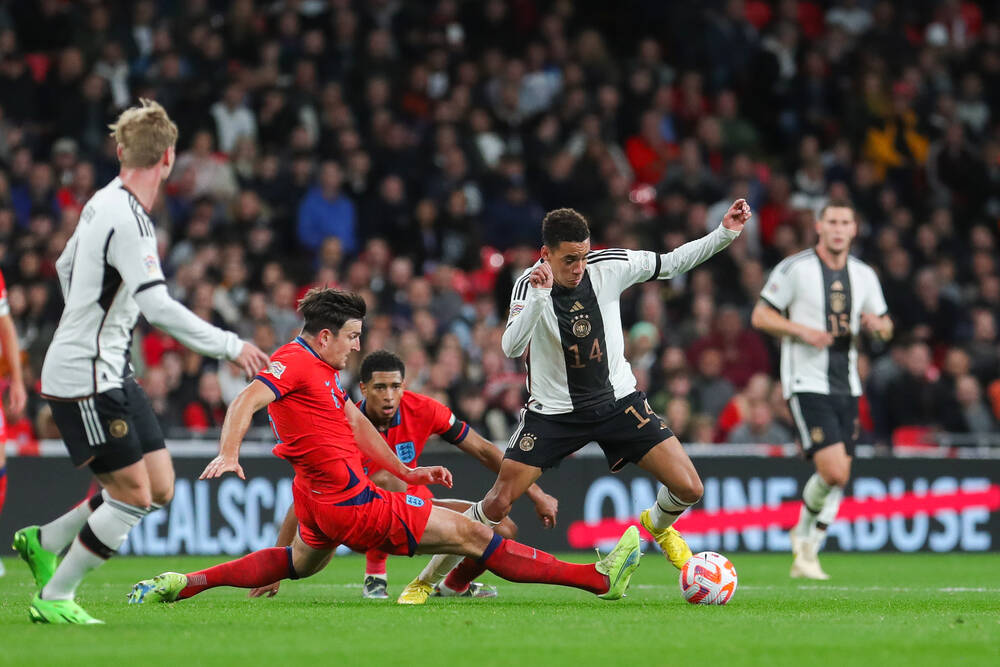 For a brief moment, Thilo Kehrer looked as helpless as the many tourists who look at the London Underground map for the first time. The only difference was that the German national player wasn’t staring at confusing colorful lines, but at the night sky over Wembley Stadium, whose gigantic steel arch was just glowing red-white-red. The German defender, who had switched to West Ham United, had what felt like dozens of question marks on his forehead when he remained on the outside line at the final whistle of the initially tough, later spectacular 3-3 win over England. With hands on hips, someone questioned the importance of the international classic and the level of performance of a German selection that has become a mystery to itself less than two months before the controversial World Cup in Qatar (November 20 to December 18). Which is why hardly any of the German protagonists – with the exception of Thomas Müller, who came on late – wanted to say anything to the assembled journalists later.

National coach Hansi Flick spoke for this. In his professional life, the 57-year-old has found that he can reach his fellow human beings better when the glass is half full rather than half empty. “I’m positive by nature,” the Heidelberger prefaced his policy statement from the soccer cathedral. And immediately promised: “If we meet in mid-November, we’ll go to the World Cup with a positive feeling. We did a lot of things well.«

After the wave pool at Wembley, Flick deliberately played the healer. “I’m more of a coach who prefers to make the players a head taller. In the end, that might bring one or two more wins.« Nevertheless, his team failed to give a victorious signal just under seven weeks before leaving for Oman, where they want to acclimatize with a test match for the World Cup on the Arabian Peninsula. The director of the German Football Association (DFB), Oliver Bierhoff, was also very upset about the missed sense of achievement: The 54-year-old feels how the spirit of optimism that was fueled in the first year of Flick is already fading.

The DFB team has only won one of six Nations League games against England, Italy and Hungary – against the B-Elf of the European champions Italy, who did not qualify for the World Cup. So far, the team has not followed through with their plan for the full season against any top nation. In contrast to the 2018 World Cup, this may go well this time in the group phase against Japan, Spain and Costa Rica, but Germany would no longer be a favorite in a World Cup round of 16 against Belgium or Croatia. Stand now. Although the focus is initially only on the World Cup opener against the Japanese, who should not be underestimated because they are extremely self-confident and well attuned, the four-time world champion is by no means a title contender – there is too much piñata in the German team for that.

The performance fluctuations of the games in Leipzig and London were enormous. The “20 minutes of really good football” highlighted by Flick on Monday evening cannot hide this. The looseness of the youngster Jamal Musiala – together with goalkeeper Marc-André ter Stegen and double goal scorer Kai Havertz the only winner of these international matches – was missed by most of the other players. The dilemma: The coaching team would actually have a lot of work to do before the final round, but Flick doesn’t have time to work with his players. A difficult autumn program with 13 games in the European Cup, Bundesliga and DFB Cup awaits most of his protagonists. The national coaches of Europe’s top nations are now only observers, no longer shapers.

The only thing Flick can do is watch as many games as possible, share training content via a digital platform and have personal conversations. He already advised »that each individual is still working on themselves during this time, for better fitness, security, conviction, passing. We have to get even better at that. That’s necessary.« After all, in the first half there was hardly a move in the attacking third because everything was too imprecise and too cautious.

It is also frightening why a 2-0 lead in this prestige duel was so naively gambled away. Luke Shaw, Jason Mount and Harry Kane demonstrated within eleven minutes that a top defender like Antonio Rüdiger should not be missing on the German side; Once again, representative Nico Schlottbeck clumsily owed a penalty kick. The sudden celebratory mood of the 78,949 fans, who had been completely silent at times, was spoiled by a traditionally blundering English keeper in the person of Nick Pope and the quick-witted Kai Havertz with his second goal. Flick knew: “We can handle it better that way than a defeat. Not giving up is what we need.«

ATP, Videos > Mouratoglou in ecstasy in front of Federer: “Perfection at work”