Nadal’s confession before firing Roger Federer: “It will be unforgettable for me” 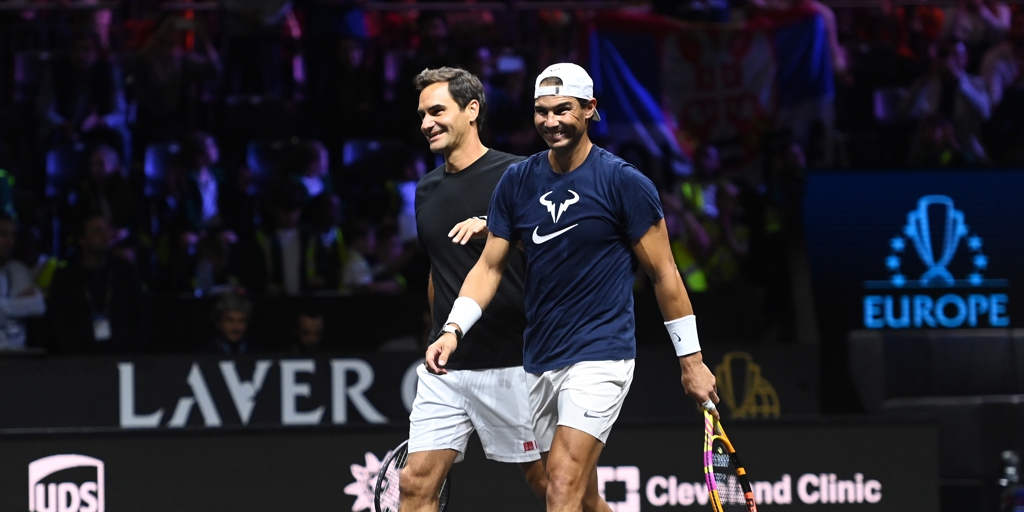 The ‘Make Cup’ is always a special event in the tennis calendar. Due to its particular format and for bringing together the most important tennis players in the world in two teams, forming teams as iconic as the European will be this year, made up of the ‘Big Four’, among others: Roger Federer, Rafael Nadal, Novak Djokovic and Andy Murray . Four tennis giants who staged mythical duels on the courts of half the world, but in London they will share colors.

Although within this peculiar selection the spotlights will be on this occasion for the Spanish and the Swiss. Friday’s doubles match will be Roger Federer’s last as a professional and, with the organization’s permission, he will share it with his great rival and yet his friend, Rafael Nadal.

A match that, beyond the result it leaves, will be “unforgettable” for the Balearic tennis player. After “all the incredible things that we have shared” for years, “being part of this historic moment will be something unforgettable for me,” Nadal said at a press conference, on the eve of the start of the competition, which takes place between Friday and Sunday in the British capital.

On the first day, the two great rivals of the last fifteen years will join forces to represent the European team, against an American pair made up of Jack Sock and Frances Tiafoe, who will represent the Rest of the World team.

The 41-year-old Swiss and winner of twenty Grand Slam titles will play his last match in London at the O2 Arena tonight before ending his participation on the professional circuit.

Asked if Federer’s retirement makes him think about his own future, the Spaniard answered bluntly: “I don’t need to hear this news to know that the end is near, it’s the normal cycle of life.”

Federer and Nadal have met 40 times, with a balance of 24 wins to 16 for the Spaniard, and with some legendary duels that built the most passionate rivalry in the history of tennis.

But Federer, with a right knee injury that has become irrecoverable, announced last week that he will hang up his racket after this ‘Laver Cup’.

This exhibition competition, created on the initiative of the Swiss, pits a team made up of European tennis players, captained by Björn Borg, against a team from the rest of the world, with John McEnroe as captain.

“It seems right that I leave before”

On his teammates, who include great rivals like Novak Djokovic and Andy Murray, Federer said he was happy “to have them now in my team and not play against them”. And he assured that, given his age, “it seems right that I leave earlier.”

The six players on each Laver Cup team must play one or two of the nine singles matches scheduled over the three days.

However, aware of his physical “limitations”, the Swiss asked to only play “one doubles on Friday night”, to which Borg and McEnroe readily agreed. He will later be replaced by the Italian Matteo Berrettini.

About the match, side by side with Nadal, Federer was very clear: “It will be super special to play with him.”

The last time Roger Federer played on the professional circuit was at the 2021 edition of Wimbledon, after which he had to undergo knee surgery for the third time.

This July he returned to the turf of London’s ‘All England Club’, but only to take part in the centenary celebrations of its legendary center court, and to express his desire to play there once more. However, the results of his rehabilitation showed that it would not be possible in the end.