Mathieu Raynal on his refereeing decision during Australia-All Blacks: “I assume” 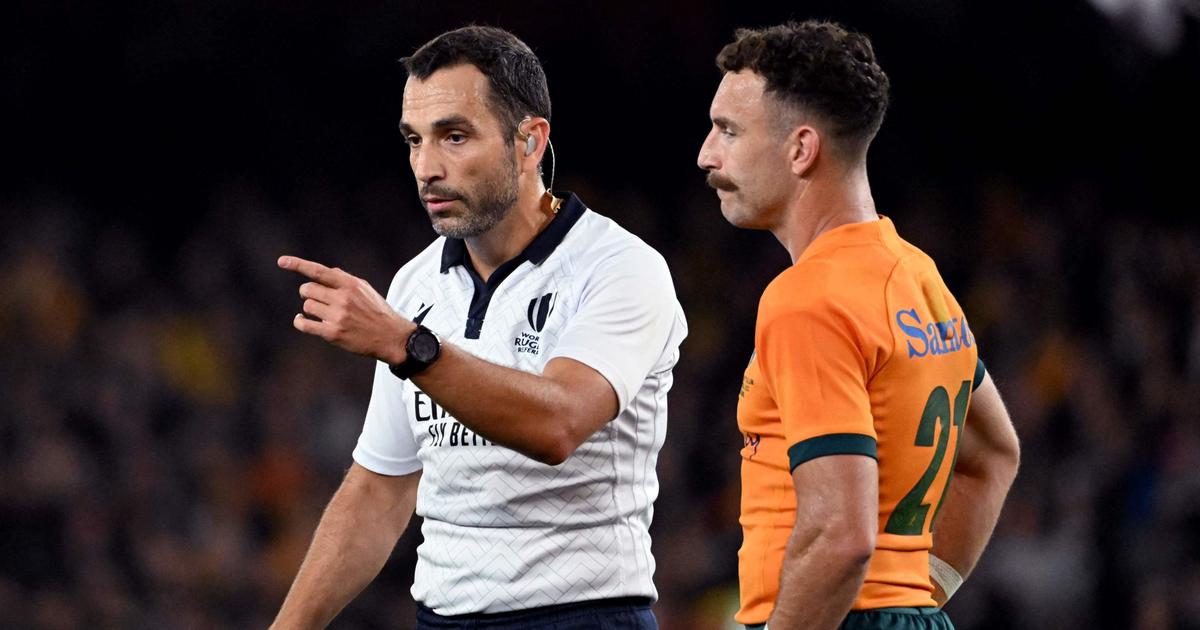 MAINTENANCE – Two weeks ago, the French referee penalized the Wallabies opener seconds from the end of the test against New Zealand for saving time. A decision at the origin of the victory over the wire of the All Blacks which had provoked the fury of the players and the Australian media.

Elected by his peers, but also by the players and coaches of the Top 14 Best referee of the 2021-2022 season on Monday evening during Rugby Night, Mathieu Raynal returned for the first time to his controversial decision during Australia- New Zealand a fortnight ago.

Le Figaro: Do ​​you accept your decision which changed the fate of the first test between Australia and New Zealand?
Mathieu Raynal: Yes, I always assume what I do. I assume this decision 100%. I had the necessary reasons to take it. I know it’s a decision that makes people talk, that makes a lot of noise, but I try to free myself from this context of pressure to do what seems to me the fairest. This is the heart of my job. And sometimes, that creates tensions, frustrations, polemics, but I assume what I do.

You only applied rule 20…
Yes, that’s the rule. (Smile) But in rugby, it’s complicated. There is the rule, the spirit of the rule. We can always chat at rugby. Things are never white or black but often grey.

“It was not me who made this decision, it was the player who forced me to make it. It’s different. »

It was a brave decision at this point in the game…
It happens quickly but I am still lucid. When I make this decision, it means that I have reasons to make it. In this case, I warned a player (Australian fly-half Bernard Foley) five times that he had to kick in, including two official warnings. He must listen to me. I was very clear. At one point, I couldn’t help it. It was not me who made this decision, it was the player who forced me to make it. It’s different. I no longer had a choice. When I start the process, I have to go all the way. But it’s not brave or difficult. It’s my job. I have full confidence in the process I followed.

Do you think many referees would have taken it?
I do not know. I am not the others. I do what seems to me the fairest on the pitch and I assume it afterwards. But it’s not my role to tell others what to do.

“My work stops once I leave the field. When the decision is discussed, it is not a debate in which I want to enter. »

This earned you some criticism but also a lot of support…
To be honest, I cleared the journal and social media apps. I only kept Candy Crush and the hour to preserve myself, not to follow all that was happening (laughter). I know what it creates and I wanted to preserve myself from it. I wanted to focus on the second test between the two teams (where he was a linesman, Editor’s note) and it was the best thing to do. What happens after is none of my business. My work stops once I step off the pitch. When the decision is discussed, it is not a debate in which I want to enter.

Have you discussed this with Australia coach Dave Rennie?
After the second test, last Saturday in Auckland, he came to see me in the locker room to speak to me on his behalf and that of Australia. I really appreciated this approach. We had a very sincere and very honest discussion once the pressure of the game subsided. Our relations are absolutely normal. He told me that he was happy with the refereeing over the whole match, but obviously disagreed with the last decision. Which I can understand because I don’t hold the truth. But I can guarantee you that we have a peaceful and normal discussion.

SEE ALSO – Suspicions of favoritism in rugby: arrival of Bernard Laporte at his trial