Marc Marquez back in competition after three months of absence 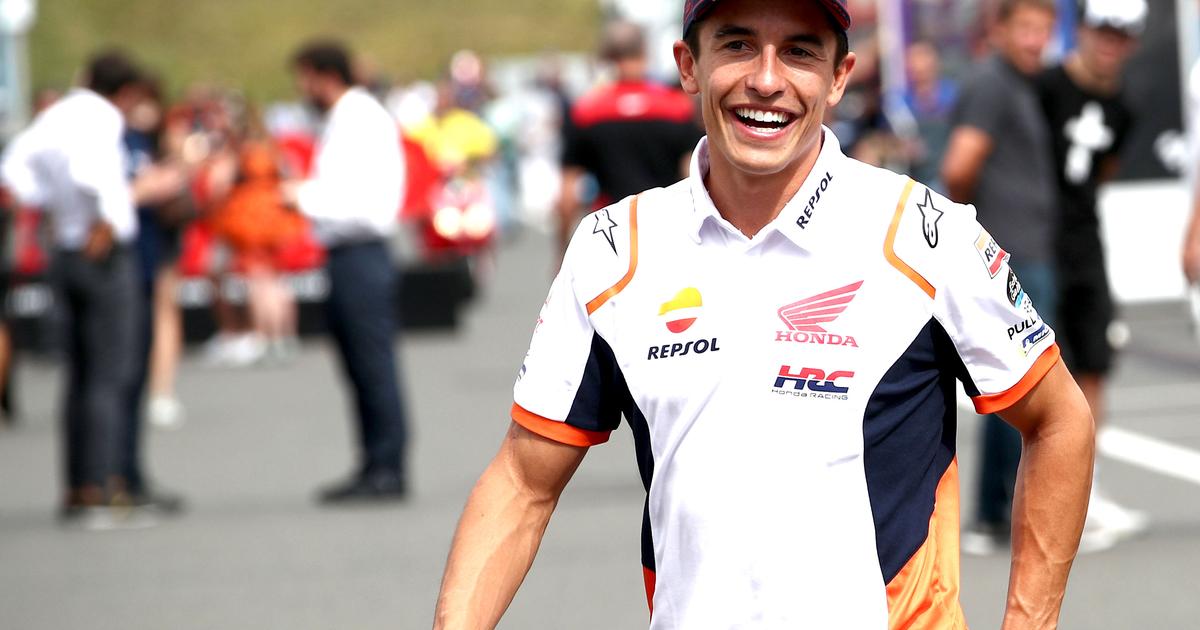 Recovered from his operation on his right arm, the Spaniard will compete this weekend in the Grand Prix of Aragon, at home.

Back for good? Absent from the circuits since his right arm operation in early June – the fourth in two years – the Spaniard Marc Marquez, six-time MotoGP world champion, will return to competition at home, during the GP of Aragon this weekend. . “One hundred and ten days after his last race in MotoGP at the Italian Grand Prix on May 29, Marc Marquez will make his return to competition at the Aragon Grand Prix“, Disputed this weekend in Spain, his Honda team confirmed in a press release on Tuesday.

Crowned in the queen category in 2013, 2014, and from 2016 to 2019 without interruption, the 29-year-old Spaniard had surgery in the United States for his right humerus, fractured in July 2020 during a fall at the GP of ‘Spain. Since this injury, Marquez has struggled to regain his best level, oscillating between physical glitches and new falls. “The focus for the weekend will be to continue to improve Marquez’s fitness on the bike and assess his performance during the intensity of a Grand Prix and race weekend.Honda explained. Before the announcement of his return to competition on Tuesday, the Spanish star had already returned to the track during official tests organized in Misano (Italy) last week. “After talking to the doctors and the team, we decided the best thing for my recovery was to keep riding the bike, racking up the miles for next year.“, explained the pilot in a video posted on social networks.

Since his fracture two years ago, the route of the undisputed former boss of MotoGP has looked more like a motocross course, between falls and attempts to get back in the saddle and regain his level. The origin of the evil dates back to July 19, 2020. From the first Grand Prix of a season delayed by the pandemic, Marquez fell, at home in Spain. His right arm is broken. If the French Fabio Quartararo takes his first victory, Marquez saw him, the beginning of a nightmare. Too in a hurry to return after a first operation, the Spanish star worsens his case, passes twice more on the billiards and misses the whole 2020 season, then the first two races of 2021.

Gradually returned to competition, at the end of 2021, a new fall ruled him out of the last two races, due to a problem of diplopia (double vision) this time. Back in the saddle for the 2022 season, Marquez fell heavily again in March, in Indonesia, waking up his vision problems. Missing two races again, he returned at the beginning of April to the GP of the Americas, in the United States… before leaving far from the circuits for what he hoped was his last operation. With 60 points, Marquez is currently in 15th position in the championship still dominated by Frenchman Fabio Quartararo (211 points), at the dawn of the 15th round of the season (out of 20).