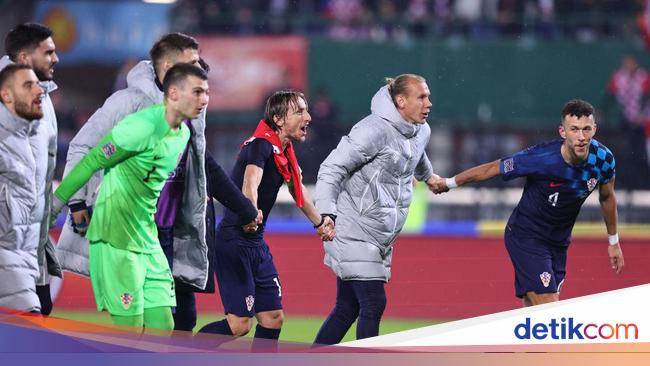 The UEFA Nations League 2022-23 Group Phase will conclude this September. Two countries have already qualified for the semifinals, and there are still four countries battling for the remaining two slots. Anyone?

As is known, the UEFA Nations League is divided into four divisions based on the ranking of their respective countries. The bottom three divisions are fighting for promotion and relegation tickets, while the top division is chasing the championship trophy.

League A, as the top division is called, presents four semifinalists who are the final standings in their respective groups. Currently, there are already two countries that have confirmed the top four tickets.

The first is Croatia. The 2018 World Cup finalists closed the final standings of Group A1 with 13 points, one point ahead of Denmark who finished second. In the group stage, they also won over France, who were defending champions.

The second is the Netherlands. Louis van Gaal’s side have been dominant in the group stage with five wins and a draw in six games, including defeating Belgium twice. They top the final standings of Group A4 with 16 points.

The other two semifinal tickets will still be available to Spain and Portugal in Group A2 and Hungary and Italy in Group A3. They have only played five times and will meet each other in the last match on Tuesday (27/9) at 01.45 WIB.

Portugal is in the top position with 10 points, followed by Spain with 8 points. That means, La Furia Roja must win over Cristiano Ronaldo et al if you want to qualify for the big four. While a draw is enough for the Selecao das Quinas.

A similar situation is also experienced by Italy (8 points) and Hungary (10 points). Gli Azzurri must win in Budapest if they want to advance to the final phase. The semifinals and finals of the 2022-23 UEFA Nations League will be held in June 2023.

Countries that have qualified for the 2022-23 UEFA Nations League semifinals: