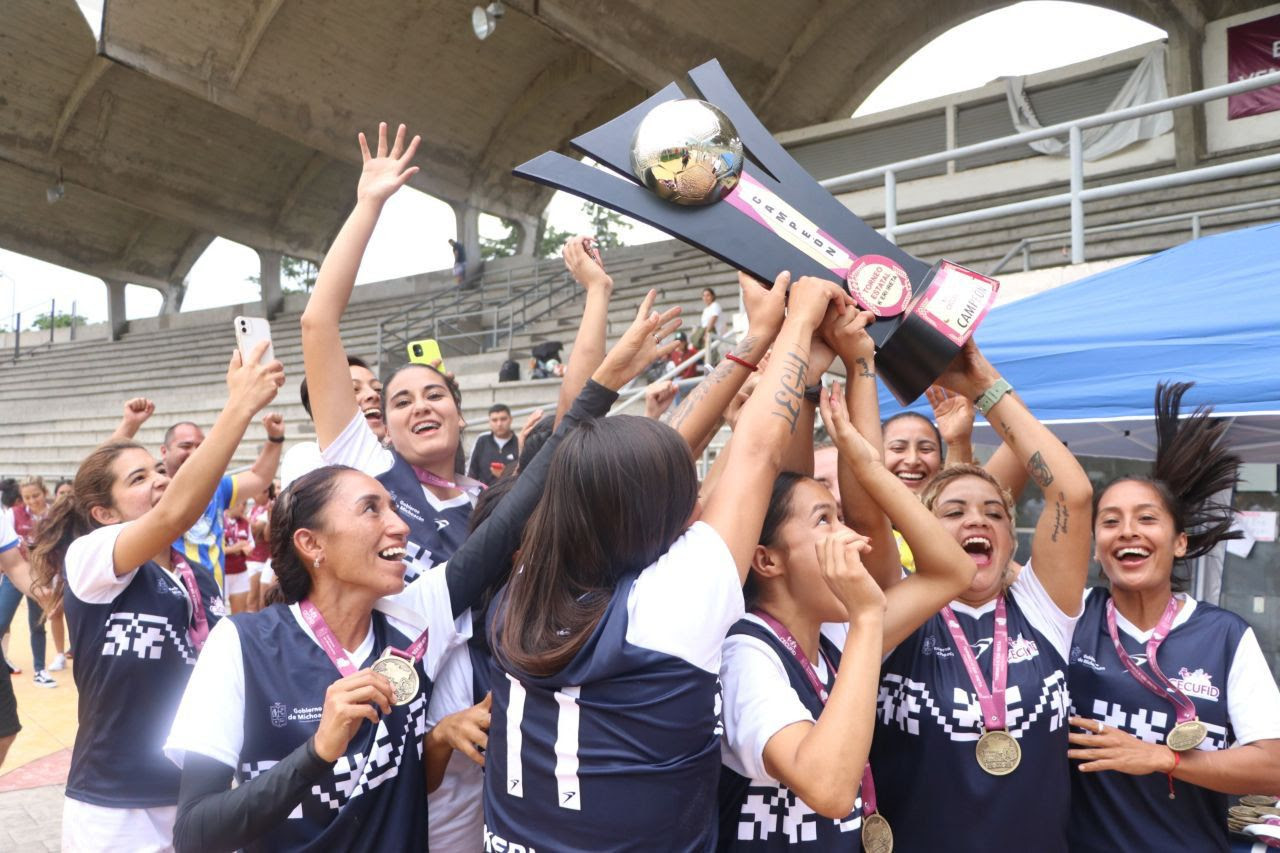 Morelia, Michoacán.- La Piedad and Tingüindín dominated the state phase of the First ‘K’eri Ireta Tournament’; the first municipality was proclaimed soccer champion in the men’s and women’s branches, while the second in men’s basketball and volleyball.

In this edition, 3,000 Michoacan athletes from 40 municipalities competed in three phases: Intermunicipal, Regional and State, in the latter the semis and finals were held in the city of Morelia, specifically, in the aforementioned facilities of the dependency. , informed the State Commission of Physical Culture and Sports (Cecufid).

The women’s soccer team from La Piedad beat the Tacámbaro team 4-1 in the final, while the men’s team beat their similar team from Sahuayo 1-0.

The Tingüindín men’s basketball and volleyball teams won 73-66 and two sets to one against the Uruapan teams, respectively.

The Tacámbaro women’s basketball quintet won the title 35-33 in a dramatic match against the representatives of the ‘Pearl of Cupatitzio’. While the women’s volleyball team of Múgica beat Venustiano Carranza’s team two sets to one, for which he kept the scepter that endorses him the best of the fair.