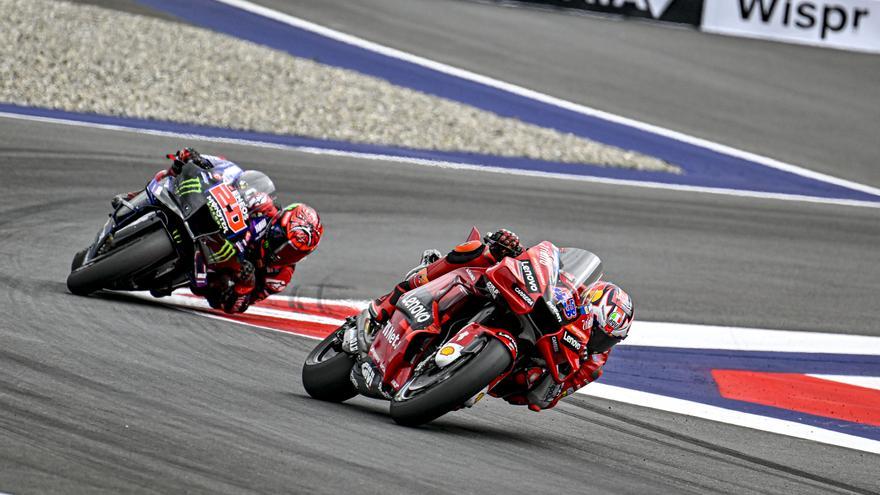 The Australian Jack Miller (Ducati Desmosedici GP22) was in charge of flagging a tough first day of training of the Japanese MotoGP Grand Prix at the Motegi “Twin Ring” circuit, in which he barely 288 thousandths of a second separated the top ten finishers.

Special mention deserves the Spaniard Marc Márquez (Repsol Honda RC 213 V), who on this first day on a circuit where this Thursday he said he was going to “suffer”, He achieved the sixth fastest time just 147 thousandths of a second behind the Australian and with up to 19 drivers in less than a second of distance.

Although the rain hindered the end of the Moto2 session, the MotoGP riders they were able to start their session without major problems and with the asphalt of the Japanese track once again dryconditions in which the first to “impose their law” were the championship leader and current champion, the Frenchman Fabio Quartararo, and the Australian Jack Miller (Ducati Desmosedici GP22), who were later joined by the Spanish Alex Rins (Suzuki GSX RR), but the only session of the day had only just begun and its extraordinary duration of 75 minutes presaged many changes throughout it.

Quartararo, with 1:45.807, set the initial references with a difference of 96 thousandths of a second over Miller and 175 over Rins, with the Spanish Marc Márquez (Repsol Honda RC 213 V), on whom many eyes were focused in this session, sixth to just four tenths of a second.

Just a few minutes later, another attempt at the appearance of rain, although no MotoGP rider altered their plans as they were somewhat timid and did not flood any area of ​​the Japanese track at that time, in which Quartararo continued as a main reference.

After Rins, both Aleix Espargaró (Aprilia RS-GP) and the Frenchman Johann Zarco (Ducati Desmosedici GP22) lowered their personal record to climb to the top positions without the rain clouding the development of the session up to that moment and still with almost half hour of training ahead, as the only round of this first session was scheduled to last 75 minutes.

Like Aleix Espargaró, his teammate, Maverick Viñales, also climbed to the top -fourth-, just over two tenths of a second behind Zarco (1:45.210).

What a save from Canet! 🔥#JapaneseGP 🇯🇵 #MotoGP 🏁 pic.twitter.com/ZqhdNWZouF

The record of Johann Zarco did not last long, who saw how he was surpassed by both the Portuguese Miguel Oliveira (KTM RC 16) and his compatriot Quartararo, although Enea “La Bestia” Bastianini (Ducati Desmosedici GP21) came from behind to surprise everyone again his rivals with the best time, 1:44.978, the first of the MotoGP riders to lap in that second.

By then Marc Márquez had fallen from sixth to sixteenth position after completing eighteen laps, but in the next one, with 1:45.195, jumped up to fourth placebarely two tenths of a second off Bastianini’s record, who moments later was beaten again by a combative Alex Rins, who lowered the Italian’s time by 17 thousandths of a second (1:44.913) on his first fast lap, which was later 65 thousandths of a second when the transalpine pilot canceled his last fast time.

Miller was the next to shoot with a much more serious record, 1:44.660 first y 1:44,509 laterWith which considerably increased the advantage over Alex Rinsand already entering the last eight minutes of the day, in which the Repsol Honda rider was in his wake, barely 147 thousandths of a second, and “The Beast” Bastianini crashed at turn five.

There was still time for more changes since after Miller Bagnaia was placed at 28 thousandths of a second, Quartararo at 49 and Aleix Espargaró at 68 thousandths, or what is the same, the top three classified in the MotoGP World Championship remained in a “handkerchief ” of 40 thousandths of a second, with Marc Márquez in sixth position, ahead of Pol Espargaró (Repsol Honda RC 213 V), the South African Brad Binder (KTM RC 16), Miguel Oliveira and Maverick Viñales, who for now have guaranteed the pass to the second direct classification.

The same did not happen with Johann Zarco, eleventh by just one thousandth of a second behind Viñales, Alex Rins, who finished thirteenth, Jorge Martín (Ducati Desmosedici GP22), fifteenth, Alex Márquez (Honda RC 213 V) or Raúl Fernández (KTM RC 16), much further back.

The Spanish Augusto Fernández (Kalex), leader of the Moto2 world championship, sentenced the first place in the opening day of free practice of the Moto2 Japanese Grand Prix at the Motegi “Twin Ring” circuit when he was backed by rain in the section end of session.

Until then Augusto Fernandez settled a close fight for the first position with the Thai Somkiat Chantra y Japanese Ai Ogura both on Kalex paths, in which the Spanish Pedro Acosta (Kalex) also interfered in the final section, but the appearance of the rain left the positions that all of them occupied at that time immovable and that gave the first place to the world leader.

With the same intensity as Moto3, the first and only Moto2 free practice session began, in which after an initial step for the leadership of Alonso López (Boscoscuro), it was Arón Canet (Kalx) who climbed to the first position, with just 37 thousandths of a second ahead of the Thai Somkiat Chantra (Kalex) and with the world leader, the Spaniard Augusto Fernández (Kalex) in third place, although it did not take him long to rise to the lead.

Brazilian Diogo Moreira (KTM) “assaulted” the leadership of the first day of practice on his last lapquestioning the Italian Dennis Foggia (Honda) and the local ídolo Ayumu Sasaki (KTM).

The leader of the world championship, the Spanish Izan Guevara (GasGas) finished in seventh position.

With only one practice session, after two years without riding on the Motegi “Twin Ring” circuit and with the certainty that at some point in the day it could start to rain on the Japanese track, the Moto3 riders they were the first to jump onto the track and they did so in a hurry to quickly seek a good classification or rather thinking that the second round of free practice on Saturday was already rainy, which would leave the passage to the classifications sentenced. 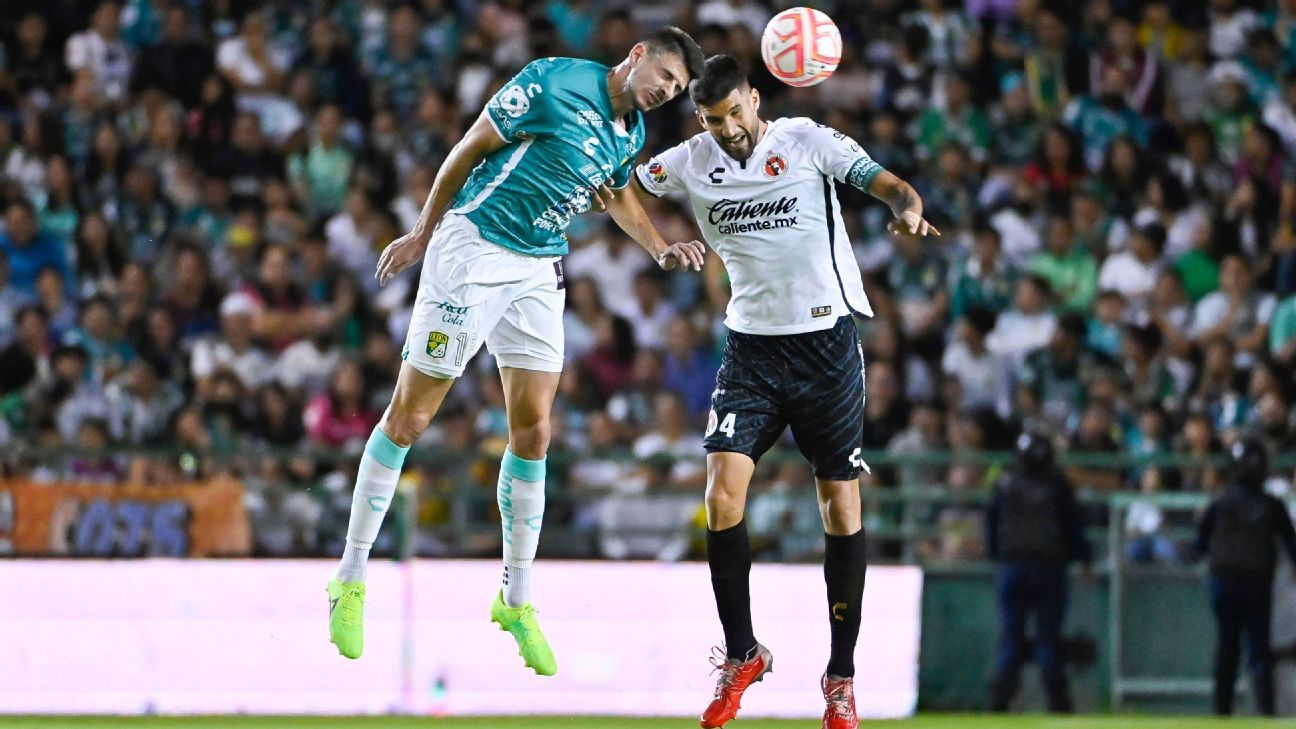 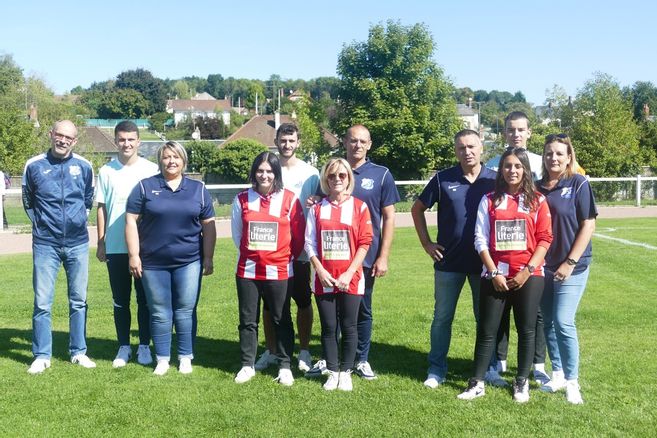 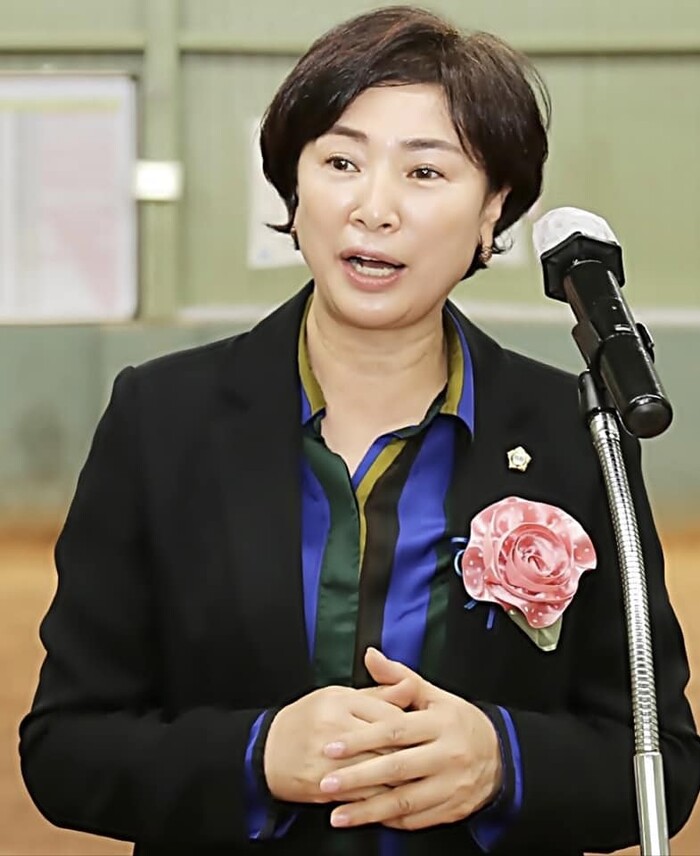