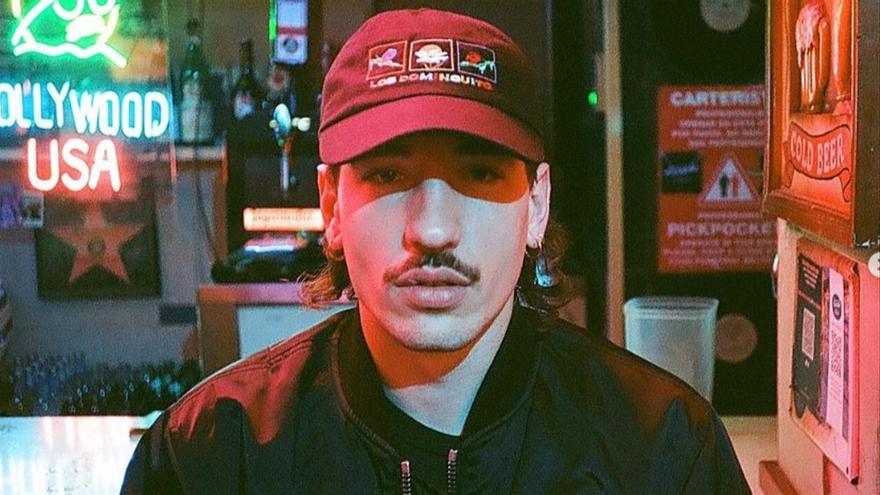 The Oxford Union is a renowned private debate society founded in 1823 that, throughout its history, has had the presence of eminent thinkers, politicians, scientists and artists, without neglecting, as a good British entity, the stars of popular culture of the moment. In February 2018, the Oxford Union opened its doors to Héctor Bellerín (Calella, 1995) to give a talk about his multiple concerns beyond football: fashion, ecology, mental health and, also, the Catalan independence process, at that time still on the crest of the wave. He was the first Arsenal footballer (also the first active player in the Premier League) who had such a privilege and, without a doubt, he knew how to take advantage of it: with a amazing english with a North London accent and a uncommon eloquence in the world of football, Bellerín confirmed that he was a special guy, the “only genuinely ‘cool’ player in the Premier”, as journalist Joel Golby defined him in 2019 in a wonderful article in ‘Vice’ magazine.

At 27 years old, Bellerín returns to FC Barcelona to try to take over that right-back who has been lame since the good times of another unique player, although in opposite orbits, like Dani Alves. It’s easy that Bellerin’s look (the usual mustache, the 80’s Bulgarian gamer mane, the taste for ‘bucket hacks’ and flowing suits) can be misleading and make him tacky or frivolous. Nothing is further from reality. It cannot be a guy who, during his visit to ‘La Resistencia’ with Borja Iglesias, gave Broncano a gift ‘The year of magical thinking’that memorable reflection on the loss and mourning of the writer Joan Didion. Or that he appears for the first time at the Ciutat Esportiva del Barça at the wheel of a small Smart Forfour. We try to unravel, in the form of five keys, the reasons why Bellerin, beyond the corseted game rectangle, is a unique footballer in his kind:

It is obvious that Bellerin is a passionate about fashion, but light years away from the pornographic exaltation of luxury marquisism inherent in young and wealthy soccer stars. The clever British trend-spotters soon realized that the young Bellerin, who arrived in London from La Masia in 2011 at the age of 16, had icon potentiala condition that, during his decade in the English capital, would allow him to star in campaigns for H&M and Adidas, pose in Prada, Raf Simons, Berluti or JW Anderson, and even parade in 2019 in Paris by the hand of the ill-fated Virgil Abloh for Louis Vuitton.

Don’t let them tell you, it’s not possible. Thank you to @virgilabloh & @LouisVuitton for the opportunity 🙏🏼 pic.twitter.com/vjzWCvuxo8

Her taste for fashion comes from home, since her mother and grandmother worked in their sewing workshop in Badalona and little Héctor was already playing with fabrics, patterns and sewing machines. In the Movistar Plus+ program ‘Report+ | Fashion & sport’issued this April, Bellerin admitted that, right now, he only saw “second-hand clothes”in a bet both aesthetic and eco-sustainable.

There are Spanish footballers and coaches who are fluent in English thanks to their long stays in the Premier, such as Cesc Fàbregas, César Azpilicueta, Mikel Arteta or Bob Martínez, but Bellerín is, here too, special: his English with a marked accent North London can be considered native level. In a magnificent interview with the digital medium ‘La media Inglesa’, the Catalan footballer admits that he had always been good at English since he was a kid, although when he landed in Highbury in 2011 he realized that, given the number of different accents he detected, he barely understood anything. Your partner and friend Jon Toralwhose mother is English, helped him a lot to perfect mistakes and, as he explains between laughs in that interview, the keys to his phonetic improvement were the numerous visits that, at night, they made to pool clubs where they played (brilliantly) snooker in the company of other young Arsenal players.

Broncano must still be in shock. The skillful presenter was perplexed when Bellerin, in the company of Borja Iglesias (another restless), gave him in April The Year of Magical Thinking by Joan Didion. “A book? Can you give me a book? She only needed to scratch her head. “I was going to bring it to you in English, but I didn’t know if you read it in English,” Bellerin snapped. “The truth is that it is a great book. Very emotional. And she writes very well.

Héctor Bellerin with Borja Iglesias in ‘La Resistencia’. MOVISTAR PLUS+

Broncano, rather the funny joke atmosphere that surrounds the program, seemed out of place, but the player has never hidden his concerns. In a video-test on hobbies that Real Betis gave him after being loaned to the Andalusian club last year, the footballer admitted that his favorite subject as a child was “History”, that he would love to “meet Obama” and that, If he had not dedicated himself to football, he would have directed his goals towards “audiovisual creativity”. In 2016, in an interview with ‘The Times’, he explained that he had studied a diploma in marketing ‘online’ by the University of Pennsylvania. “People think that we should only think about playing football, but we have many free hours and I like to keep my mind active. I read a lot”, said Bellerín, fascinated by “how the industry, social networks, business, caring for one’s own image and finances work”.

The Forest Green Rovers is an English third division club, known for being the first in the world to be recognized as carbon neutral. In September 2020, Bellerin became his second majority shareholder. As well as offering vegan menus at the stadium restaurant on match days and wearing kits made from coffee grounds and recycled plastic, Forest Green Rovers play on a pitch where the use of chemicals is prohibited. Also in 2021, the footballer joined the initiative One Tree Planted, which promised to plant 3,000 trees every time Arsenal won a game. The final balance was no less than 60,000 new trees in the Amazon.

The world in which we live

Soccer players (athletes, in general) tend to put themselves in profile when expressing their personal opinions about situations, problems or conflicts of the world that they have had to live. Bellerin, how could it be otherwise, has challenged the timorous canon and has spoken vaguely about the risks to the mental health of elite athletes, homophobia in the world of football, women’s right to abortion or the very ukrainian war. On this last point, in the aforementioned interview with ‘The English media’, Bellerín fearlessly opened a conflicting melon: “It seems quite hard to see that we are interested in this war more than others. I don’t know if it’s because they [la población ucraniana] are more similar to us or because the conflict can affect us more directly (…). The war in Palestine has been completely silenced, and I am also thinking of Yemen, Iraq… What Russia has done with Ukraine there are countries that have been doing it for many years and, instead, we have turned a blind eye. I see racist and little empathic forget about these other conflicts”.

The unusual phrase of the Polish goalkeeper after the elimination