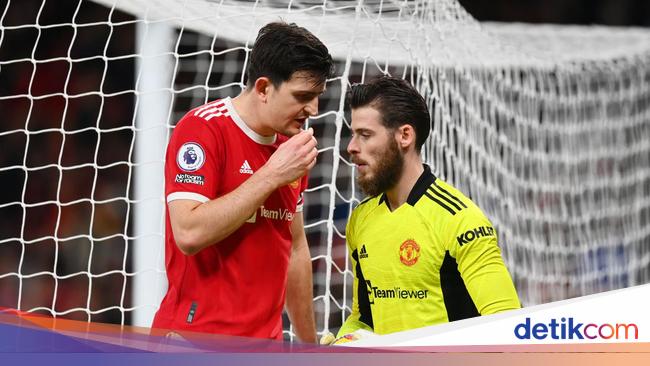 After performing poorly throughout last season, Maguire was still trusted by manager Erik ten Hag at the start of this season. However after defeats to Brighton and Brentford, the England international was left on the bench.

Ten Hag finally chose Raphael Varane and Lisandro Martinez to guard the heart of the MU defense. The right decision because the duo Varane and Lisandro successfully led the Red Devils to beat Liverpool and then go unbeaten in their next three matches in the Premier League.

Harry Maguire is also believed to be in the England squad for two international matches this week. However, Maguire’s chances of displacing Varane or Lisandro Martinez remain difficult.

According to reports ESPN, The 29-year-old footballer believes his poor form is also the result of the players around him. The former Leicester City player is said to be frustrated with Manchester United goalkeeper David de Gea.

Maguire felt the Spanish goalkeeper lacked communication and was reluctant to stay further than his goal line. The reasons that contributed to the poor defense of Manchester United led by Maguire.

De Gea has made 18 saves in the Red Devils’ six Premier League games with two clean sheets. Although still trusted by Ten Hag, De Gea does not mean free of criticism. The reason is that the former Atletico Madrid goalkeeper looks still less skilled at carrying out Ten Hag’s instructions who want the game from behind.