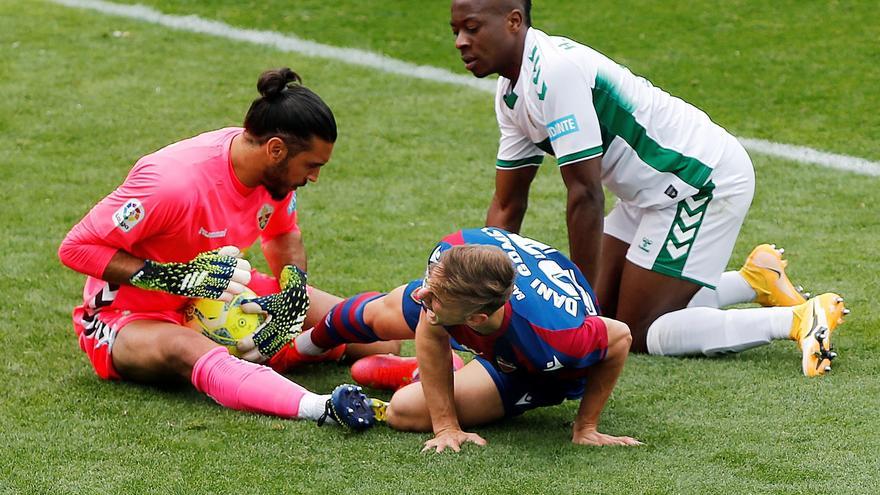 Gazzaniga, in a match against Levante when he was playing for Elche
manuel lorenzo

Girona confirmed this afternoon the addition of goalkeeper Paulo Gazzaniga. The Argentine, 30 years old and with an Italian passport, arrives on loan from Fulham until the end of the season and completes the goal, along with Juan Carlos and the young Fuidias, also signed today from the Madrid subsidiary. With Gazzaniga, Girona ensures competition in a position where it had been crippled following Ortolá’s farewell. The Argentinian trained in Valencia’s academy, from where he made the jump to England at Guillingham and then joined Southampton. From there, he went through Rayo Vallecano, where he played with Míchel (16-17), Tottenham Hotspur, Elche (20-21) and Fulham. In addition, he has been an absolute international with the Argentine national team once.