The French, the public, the course… We give you the opinion of Golf Planet on the 104th edition of the French Open.

We liked: the great return of Notre Open

After two years of total absence from the calendar, the simple fact that theOpen the France return to the chessboard DP World Tour is already very good news. We were, of course, quite a long way from the heyday of the oldest national open in continental Europe, but the French public was once again able to admire the best players in the world up close. It’s good for golf in France, quite simply…

There were only seven players from the world’s “top 100” on the starting line and no big stars. The Belgian guy Thomas Pieters33e au World Golf Rankingwas the “No. 1 seed” of the tournament. Patrick Reedthe former winner of the Masters became a player LIFE Golfwas arguably the loudest name, but he clearly missed the cut and remained in complete sporting anonymity. The DP World Tour tournaments as a whole suffer from this dearth of big names and the French Open has not escaped this erosion.

We would have liked to ask questions about the future of the French Open at Keith Pelley present this weekend (photo of one) but the boss of European Tour Group, who posed with the “Edward George Soïber Cup” at the start of the 1st, was not ready to answer the press.

We loved: the young French people who shine

Admittedly, the competition was, as we have said, quite limited as far as the best players in the world are concerned. But seeing young French amateurs shine without complex on the Albatross is a great feeling.

We regretted: the meager public

It is an understatement, the public did not rush to the Golf National. The weather, the field of players and also the disappearance of the tournament in the last two years may explain this. There was still a definite advantage to this shortage of spectators. Those who came were able to follow their favorite players very closely. As here for golf planet with Tom Vaillant on Saturday, on hole n°10!

We liked: the Village of the Open

Entertainment for young and old has been set up for the public at the Village de l’Open. A mini golf, chipping targets, a “bunker challenge”, there was something for everyone and the young children, it seems, enjoyed these stands of all kinds. So we are too! 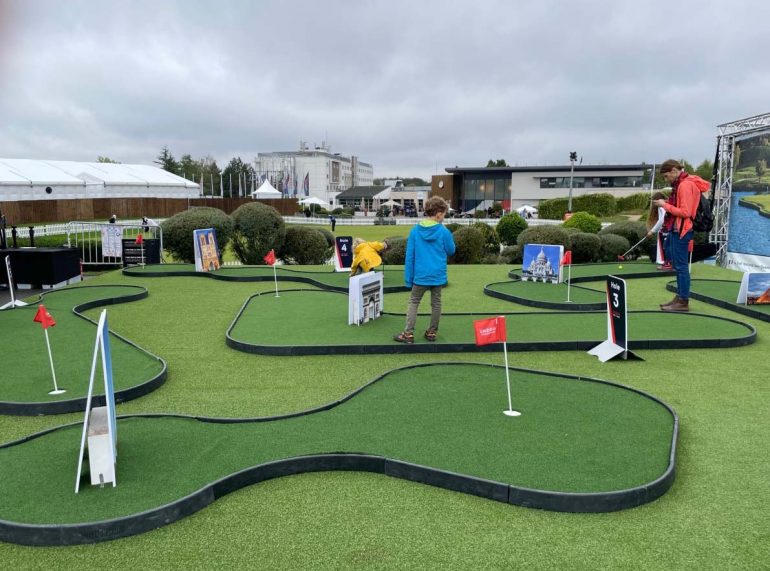 We hated: the refereeing error that favors Thomas Pieters

The rules of golf, as we know, are very complicated. Too much no doubt, even today. The proof: two seasoned referees mistaken in the interpretation of a rule and favored Thomas Pieters, who was able to replay without penalty a putt he had hit while being bothered by the noise of a spectator. It was only after the recording that the Belgian was told that his shot should have counted.

He was therefore logically absolved of any penalty. If he had won all of a sudden, his victory could have caused a stir… If even the referees of the European Tour can’t do it, then how will the amateur on Sunday get out of it? the Royal & Ancient still has work to do.

We (a little) dreamed: the French at the forefront

Paul Barjon, Antoine Rozner, Victor Perez played the leading roles in their French Open for the first three rounds. Barjon found himself a little alone on Sunday to hope for the win, but the Blues who were 13 to cross the cut, sign a good overall performance. Joyful.

How did that not go in 🤯@paul_barjon gives the home crowds something to cheer about 🇫🇷#CazooOpenDeFrance pic.twitter.com/9CtFwHAVpS

It was a bad habit, it is frankly becoming a bad attitude. Victor Dubuisson gave up playing the 2nd round after a bad initial card (76). It’s here fourth time this season that he has done so on the DP World Tour. To pose a rabbit without any valid explanation constitutes a regrettable lack of respect, vis-à-vis the public, other players too…

We loved it: the suspense for the win

The heroic charge of Guido Migliozzile show Rasmus Højgaard (25 birdies and an eagle in the week), the putting sturdiness of George Coetzeethe awesome wood shot 3 of Thomas Pieters at hole n°14, hope Paul Barjon… There was something for everyone on Sunday to thrill to the reading of the leaderboard and its many twists.

Hole n°15 condemned the South African and the Belgian. The Italian’s fantastic iron shot on the 72nd hole gave him victory. Before Rasmus Højgaard’s debacle on 2 Saturday (quintuple bogey with 3 balls in the water), the native of Vicenza was 12 strokes behind. Thanks for the show!

He hits this shot into 18 as he looks to post -16. #CazooOpenDeFrance pic.twitter.com/ifos4jTocz

We would have preferred: a more difficult course

Admittedly, there is nothing to do when the weather is mild (the wind was absent), but we somewhat regretted the preparation of the Albatross. The rough was rather pleasant, the fairways and greens receptive… We were far from the monster that had welcomed the Ryder Cup in 2018.

The scores bear this out. At 62 of Thursday of Højgaard, Improvements replied with a record-breaking identical score on Sunday. There were tons of birdies. It’s good for the pleasure of the eyes, but the reputation of the Albatross has taken a hit…