First bankruptcy under Flick: In the end it’s the players who mess it up on the pitch 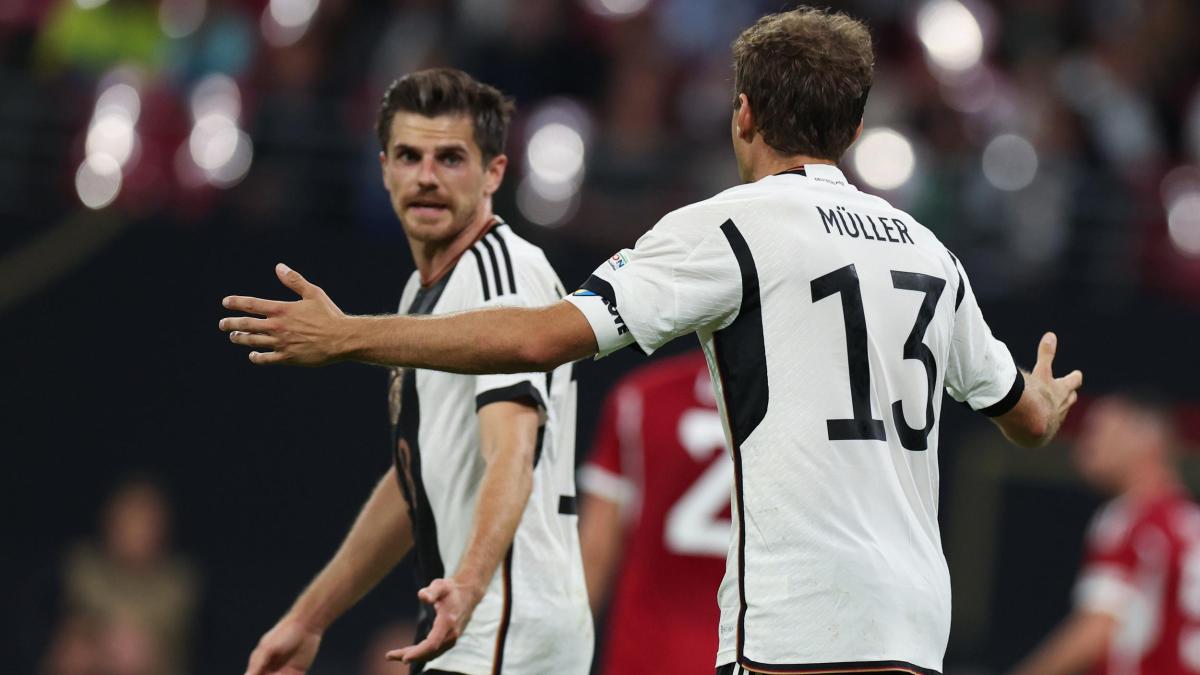 In the end, it’s the players who mess it up on the pitch

The sobering 0-1 draw against Hungary in the Nations League serves as a warning for national coach Flick and his team two months before the start of the World Cup. The greatest danger is that the Bayern crisis will also become a national team crisis.

AWhen the game against Hungary was over on Friday evening and the defeat against Hungary was sealed, it was obvious how much the 1-0 defeat had affected Hansi Flick. But that was less because it was the first bankruptcy that the national coach had to concede in the 14th game of his short tenure. It was the overall package that wasn’t right that evening.

Flick was very clear in his analysis afterwards. He even went so far as to take “part of it,” as he put it, “on my shoulder.” The coach was referring to the experiment with two attacking full-backs. He had Jonas Hofmann play back right and David Raum left. In the second half he made a correction by pulling Hofmann further forward. Thilo Kehrer came into the game and completed a newly formed back three.

damper at the right time

It speaks for Flick that he addressed it so openly. It honors him. But in the end it was the players who screwed up on the pitch and couldn’t find a way to put the ball into the opponent’s goal against a Hungarian national team that played almost perfectly in defence.

The defeat is a dampener at the right time. A wake-up call – before the World Cup in Qatar, which begins in less than two months.

Before the game against Hungary, Hansi Flick said that after the international trip, he wanted to see every national player develop before the tournament started. He emphasized that it is now up to each individual to work on themselves and to consider in which areas they can or even need to improve. After Friday night’s game, the players are challenged more than ever to internalize this message.

Especially against the background that, compared to previous tournaments, this time the coaches don’t have the opportunity to study or try out certain things in a training camp beforehand. There is simply no time for it. The four days that the team will be in Oman for a training camp after Matchday 15 before heading to Qatar will not be enough.

As honest and clear as the national coach was in his analysis, Thomas Müller’s words were alarming. “You noticed with many that the phase in the club is not the easiest. We didn’t get the power on the pitch,” said the Munich player – and fueled a topic that had also been present and much discussed in the national team in the past few days: the crisis at Bayern.

Only Kimmich braces himself against bankruptcy

While in the past one often had the feeling that the days with the national team were a kind of healing cure and that the national players played much more freely, far from their everyday worries, the game against Hungary showed that the problems at Bayern are obviously deeper than some people think seemed to believe. Only Joshua Kimmich knew how to convince here and there, but Müller, Leroy Sané or Serge Gnabry could not set any accents on the offensive – Gnabry even had to go out at the break. Jamal Musiala came in midway through the second half. Things got a little better with him. But it speaks neither for the German national team nor for Bayern that the 19-year-old is now a kind of hope for better moments in a game.

If there is no trend reversal in Munich in the coming weeks, the crisis in Bayern could also become a crisis in the national team. The national coach said that the situation in the club could not be an excuse. But the danger is there, especially since not only the Munich players are weakening a bit. Timo Werner, for example, was not able to convince up front – and things are not going well at his club, RB Leipzig, even under the new coach Marco Rose. A win against BVB was followed by two defeats in Madrid and Mönchengladbach.

After all, Hansi Flick’s team will have the opportunity to do better in the Nations League game in England on Monday – and to teach their critics better. You shouldn’t let this chance go to waste.