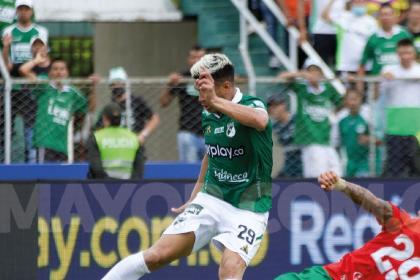 This Friday, through Resolution No. 060 of 2022 of the Disciplinary Committee of the Professional Soccer Championship Categories “A” and “B”, Deportivo Cali was severely sanctioned for the events that occurred with its fans in Wednesday’s game, for the date 13 of the BetPlay Dimayor II-2022 League, facing Cortuluá, at the Doce de Octubre stadium in the municipality of Tuluá.

The document explains that the sugar group was sanctioned for failing to comply with numerals 2, 4, 5, 6, 7, 8 and 9 of article 84 of the Single Disciplinary Code of the Colombian Football Federation (“CDU of the FCF” ), which speaks of the responsibility for the behavior of the spectators.

“Asociación Deportivo Cali (“Cali”), sanctioned with five (5) dates of suspension of the place and a fine of fifteen million pesos ($15,000,000), for incurring in the infraction contained in numerals 2, 4, 5, 6, 7, 8 and 9 of article 84 of the Single Disciplinary Code of the Colombian Football Federation (“FCF CDU”), in the match played for the 13th date of the BetPlay League DIMAYOR II 2022 against the Cortuluá FCSA club” .

In the considerations that the committee had, they detail what the match referee and the field commissioner reported.

The referee reported the following: “(…) an invasion of the field of play by the fans of Deportivo Cali located in the eastern grandstand. Said subjects attacked the players and coaching staff of Deportivo Cali, the National Police and assistant referee #1, the latter being kicked by an invader. We were able to verify the aggression against the players Teófilo Gutiérrez, Ángelo Rodríguez and the Technical Director Mayer Candelo with words and fists. None of the attacked players, DT and referee responded to said acts. The incidents lasted around 33 minutes where the attacks on the public force were with blunt objects: umbrellas, fences, tubes, sticks and sharp objects where several police officers were injured.

The delegate or commissioner stated that “(…) fans of the Cali sports stadium, located in the eastern grandstand, invaded the field of play. Said people attacked the technical staff of Deportivo Cali, the national police and the assistant referee number 1, the latter was kicked by an invader, the player Teófilo Gutiérrez and Angeló Rodríguez and the technical director Mayer Candelo were attacked, with kicks and fists, the attacks on the public force was with blunt objects: umbrellas, fences, tubes, sticks and sharp objects where 7 uniformed officers were fortunately injured without any seriousness. this mishap lasted approximately 30 minutes.”

In this way, Cali must pay the sum of fifteen million pesos ($15,000,000) in the next 20 days, as stipulated in the regulations, and the rest of the local semester will be played behind closed doors against La Equidad, América de Cali , Once Caldas, Patriotas and owing one more game. Which will surely be next year, unless he wins the remaining 7 games of the tournament and manages to qualify with 29 units.