Confirmed players for the ATP 500 in Acapulco 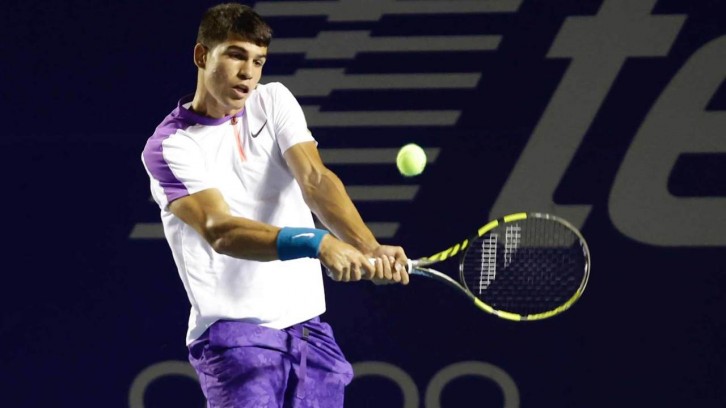 Ready the first players who will play the ATP Acapulco from February 27 to March 4, 2023 in Acapulco. Carlos Alcaraz, Casper Ruud and Stefanos Tsitsipas are the first confirmed and they are all in the Top 10.

The current number 1 and number 2 in the world, in addition to the world, along with the 2021 finalist, are the first guests to be part of the 30th anniversary celebration of this tournament that is currently in the category ATP 500.

This will be the second time that the Spanish and the Norwegian appear in the main draw of the AMT after both were not in the 2021 edition. In that year, Alcaraz entered as a wildcard, while Ruud was the eighth seed. The Spaniard was eliminated in the first round against Alexander Zverev. For his part, the Norwegian had to withdraw from his match in the quarterfinals, also against the German. Tsitsipas will have his third consecutive appearance, in a tournament where he has been very well received by the Mexican public.

Great poster for the ATP Acapulco

The names of Alcaraz, Ruud and Tsitsipas were announced this Tuesday during the official presentation of the 2023 edition of the Acapulco Open.

“We are very excited to be able announce for the moment three Top 10 for such a significant edition for the tournament. Magnificent players. Carlos is a young man who will be a benchmark in the sport in the coming years. He already showed it in the US Open just like Casper who confirmed himself as a great player, while Stefanos has been constant and already knows the Mexican public well”commented the tournament director, Raúl Zurutuza.

In turn, the tournament director thanked the various actors who have collaborated so that this tournament is about to celebrate its 30th anniversary.

“These 30 years of anniversary are due to five elements that we want to deeply thank and celebrate during the week of the tournament: to the fans, the players, sponsors, the tournament staff and you the media that have accompanied us year after year, without all these factors the event would not have been possible, truly thank you very much.”