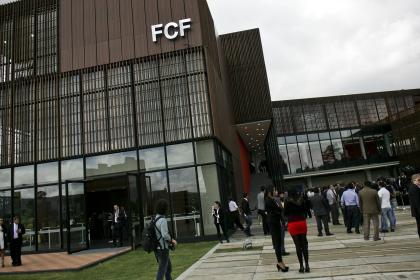 The Colombian Football Federation does not want more controversies that tarnish its image, already worn by the elimination of the National Team in the Qualifiers and not qualifying for the Qatar 2022 World Cup; in addition to past scandals that have tainted leaders for ticket handling.

Just a week ago, it was mentioned that the FCF would hire a new press officer and communications director, but his name generated controversy in the Colombian sports press.

Furthermore, a report from voragine.co finished putting in the magnifying glass the possible appointment of Carlos Lajud, who had been serving in the same position in the Major Division of Colombian Soccer, Dimayor.

Lajud, who worked in the past as a journalist for well-known television outlets and a news program, was singled out with serious accusations for alleged “mistreatment”, “harassment” and “censorship” to some chroniclers, according to the investigation of the journalist Laila Abu Shihab Vergara.

The report includes accusations on social networks, such as that he is “the guy who mistreats the press the most, especially women.” Or that he is “a censor and allied himself with the clubs to persecute journalists.” Or that he is “arrogant and haughty.”

Lajud had recently been seen taking the reins of dealing with the press in the microcycle of the Colombian National Team with four goalkeepers. In a summons to the press, in Bogotá, the communicator attended and dictated the provisions to the journalists present, wearing the Federation’s sports clothing.

However, the media pressure that the Federation has suffered due to the strong report of voragine.coas well as the position of the Colombian Association of Sports Journalists (Acord), would have caused Ramón Jesurún, president of the FCF, to change his decision.

Thus, the same medium that denounced the alleged behavior of Lajud Martínez, assured that the communicator “will no longer occupy that position and that he has also ceased to be the Dimayor press officer.”

However, no one in the Federation or Dimayor has commented on Lajud’s work situation, or on the accusations against the journalist.