“At 60 I could play in the First Division every Sunday” 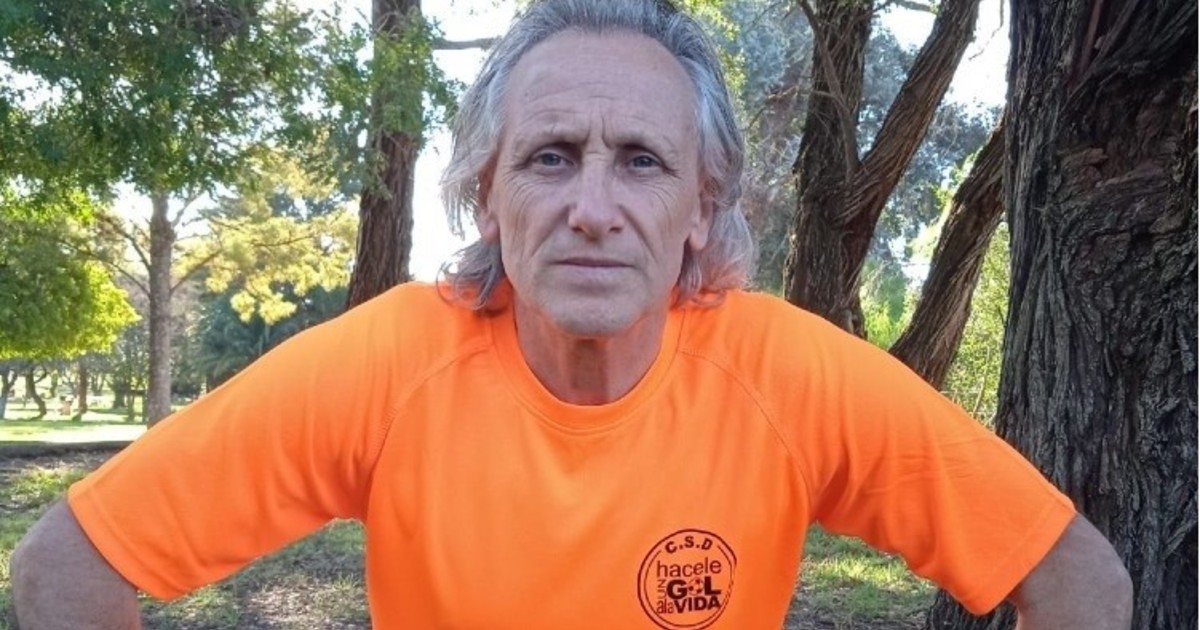 There is a Uruguayan who played until he was fed up. Sebastian Abreu He began his career in 1994 and ended it in 2021 to complete a 27-year career with a journey that took him from the big leagues to the others. There is another who debuted as a professional the same year that the Loco he was born and he still hasn’t hung up his boots. “There is Carmona for a while”repeat Robert Carmona with 60 compliments and 46 uninterrupted as a footballer, and counting…

Or, rather, like ball worker. He began to earn his money as a child playing games on the street corners. When he was older he alternated a professional career in clubs and in informal or clandestine championships. His life is like a movie. Literal: soon one will be released with his stories. Every year he breaks the record for the longest active footballer published by Guinness and he feels that each interview he offers is a chance for someone at FIFA to decide to do something with a unique case, his.

There is not an older active footballer in the whole world. The Uruguayan Carmona at 60 competes in the D of the Uruguayan Football Association (AUF) in the social and sports club Make a goal to life, emerged from the foundation that bears the same name, which he also chairs. It is the first time that he plays in an institution that has him in other areas, they always hired him for his conditions.

To the ground! Carmona tries down, in a play from last year. File photo Carmona.

Its physical fullness is being studied by science. Why can Carmona continue in activity? A medical report will soon offer some features that make it special. The key is healthy eating and exercise. Train every day. If the routines are less in the club, he puts it on his own. There are no excesses. Conditions with the ball and body and mind in conditions so that this relationship lasts a lifetime and, moreover, is his livelihood.

He was looking for it at the time Fenix for the Uruguayan elite, but did not pass the test due to a recent meniscus operation. He went to the interior of Uruguay to play in the informal league and championships, which led him to Canada or Puerto Rico. At that time there were $10,000 jackpots. He recently received a call to see if he wanted to come back, there are 80,000 at stake.

-Did he always feed you the ball?

-Lifetime. My dad died very young, at 35. When we lost my dad, I was nine. Although we were not bad financially, there were bad administrations, I don’t know what happened, and, well, I stood on a corner and did what is today freestyle: I dominated the ball sitting down, I played little games with my head, I dominated it quite a bit and people gave me money. We got together at the doors of the clubs and made bets with the grocers, sometimes it was food, I always did business with my participation in soccer, I always got paid, it was my job and somehow they had to pay me.

-Is it a thorn not to have reached the First Division?

-No not at all. I am happy with what I achieved. Surely I didn’t play, or I attribute it to him, to the fact that I did the wrong negotiations, or I chose the wrong clubs or the economic moments… But my and family’s urgency was such that it warranted that I prefer the weekly payment. I got paid weekly. Even if it is in Second, Third or Fourth category. I had the opportunity to go to Palma de Mallorca in 1985-86. I didn’t go because the United States thing came up and there they told me I was going to make the money very quickly and that’s how it was: I sent my mother more than two or three thousand dollars a month. I had no regrets. I didn’t play in the First Division, but I became the longest player in the world and I was a key or important player in a few teams I was on. I feel satisfied with the profession and how I manage it and how I live it day by day. Perhaps if there were a player in the most important leagues, he could not be the oldest today.

Carmona during his time at Inter de Ibiza. instagram photo

-I think that playing in the First Division is easier. All my life I played in Seconds, Thirds, Fourths… and it is not easy to play. I watch soccer from any country and although there is more level, verticality, more speed and better players, I think it would be easier for me. There are more spaces, less contact, less friction and less violence. They take care of you more. At 60 years old, I dare to tell you that I could play, alternate, in a First Division soccer team in some country. I’m sure I could contribute because of my experience, how I handle myself on the field, my physical condition, which is slower than a young player, but I can.

-What could you contribute?

-The touch of first, good pass, good hit, mental speed because I have it. And that works in my favor because I have a lot of experience and I see that not all First Division footballers are 100 percent fit to be there. Except for cracks and mega stars. You take out Messi, Neymar, Ronaldo, Dybala… there shouldn’t be 30 players of the same level. In any campus you get five or six and the rest are normal.

Carmona at the end of the 80’s, in the United States. Photo file Caromona

-If today they call you from a First Division club in Uruguay or Argentina, will you go?

-Totally. If they give me the opportunity. Always with a lot of respect for the great players, let what I say be understood: I don’t want to look ridiculous or offend anyone. But I am encouraged that, if they treat me the same, they respect me like any footballer, they do not discriminate against me, nor do they ignore the experience I have, I can contribute. Of course, if you make me go face a defender from River or Boca, they leave me and I go to the stands. If they do that, I don’t play even two minutes. Now, if they behave with the system and with the mechanism of letting play, working on the court system and running to make it work for the team, I encourage 15, 30 minutes, Yes. Do you think that (everyone getting in shape), Diego Forlán, Chino (Álvaro) Recoba, in Uruguayan soccer, or (Juan) Riquelme in Argentine, cannot play 40 quiet minutes against a line, playing and playing?

Yes, I guess they could…