And after Sergio Busquets, what? 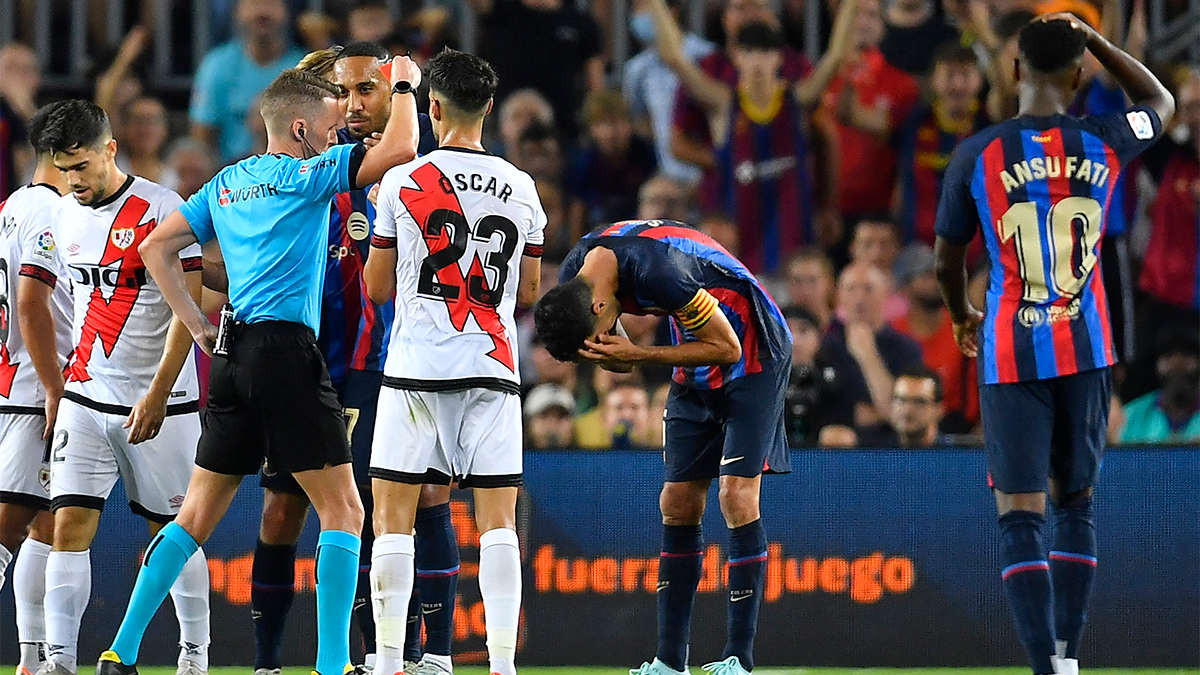 As it is impossible to clone the one from Ciutat Badia, three options open up: sign, look towards the quarry or forget about their profile and adapt the method

It seems that Xavi is changing his initial approach, the one that prevented him from placing Frenkie De Jong in Busi’s position

Sergio Busquets is 34 years old and his contract with Barcelona ends on June 30. As everything indicates that his stage in Barcelona is about to end to start an adventure in the United StatesYou have to start thinking about the future. After 15 seasons as undisputed: Who is going to be Barça’s next central midfielder?

Sergio has been, without a doubt, the best midfielder in the history of Barcelona, by games -so far, 685- and by titles -30, waiting to see how the season ends-. Since Pep Guardiola gave him the initiative in September 2008 nobody has been able to get him out of the starting lineup and that the list of signings is very long.

As soon as he appeared on the scene, he ‘retired’ Yayá Touré. A year later, Barcelona brought Mascherano to give him competition, but the Argentine ended up as a central defender accompanying Piqué in the final stretch of Carles Puyol’s career.

With Tito came Song; with Luis Enrique, Rakitic; with Valverde, Paulinho, Arthur and Frenkie de Jong; with Koeman, Pjanic and with Xavi, Kessie. No one has been able to with him. In fact, in the best of attempts, some have managed to adapt to the interior to share a lineup.

Neither have the young central midfielders who have been coming out of the quarry been able to gain a foothold, such as Oriol Romeu, Jonathan dos Santos, Sergi Samper, Gerard Gumbau, Oriol Busquets, Nico González or Jandro Orellana, among others.

And it is that Sergio has three fundamental virtues that have made him different from all the others: being intelligent in the game, mastering the trade of the central midfielder and knowing perfectly the footballing idea of ​​​​the house.

Since Johan Cruyff launched his idea at Barça in the late 1980s, the central midfield position has always been very important in the development of the game. The famous 4 that Pep Guardiola understood so well was well represented with youth players like Milla, Amor, De la Peña, Celades, Xavi and Motta.

The midfielder culé needs to know a specific language that often becomes complicated for footballers who come from other clubs. Popescu, Petit and Rochemback found it impossible; Albertini arrived late and passed without pain or glory; Márquez and Edmílson, central defenders, and Cocu and Davids, interiors, adapted quite well when they were used in central midfield and Yayá Touré, the last one before Sergio, also performed.

As seen reviewing names and profiles, it is easy to guess that Cruyff’s idea, how could it be otherwise, has evolved. The Dutch coach looked for a central midfielder who was very intelligent in reading the game to start building his attacking football based on making good decisions, generating high speed and precision in the pass. The architect of the Dream Team did not worry too much about defensive issues… Instead, Pep Guardiola, already a coach, gave science to his teacher’s idea by also attending to the period of the match in which his team did not have the ball.

The appearance of Sergio from the subsidiary of the Third Division enlightened the team in such a way that it ended up becoming the best on the planet and he, a reference for players acting in that position. Perhaps listening to Xavi, Iniesta or Messi talking about their teammate’s performance is the best idea to illustrate this story. Or Pep himself. Or even Vicente del Bosque, the Spanish world champion coach in South Africa 2010 with Busquets as untouchable.

Sergio has been a key piece in the last decade. In the best Barça in history, he exhibited himself because he perfectly understands what the team needs at all times. The gear was so perfect that it seemed impossible to do better: it was as if the midfield position at Pep Team had been created for him.

With the team very close together and playing on the opposite field, his technical and tactical virtues stood out and his physical deficiencies were concealed. His efforts in pressing with short runs turned his legs into magnets for the ball.

With the involution of the method, however, Busquets had to start running in the open field from area to area and from side to side as a correcting footballer. And, suddenly, the criticisms came: that if he was slow, that if he didn’t anticipate the play as before because he had grown older, that if he was late to the pressure… Perhaps it was simpler than all that: Sergio didn’t is ready for this other football.

His new coach, Xavi Hernández, sees football with the same gaze as the footballer but for the fan, given the logical doubts at any start of project construction, Sergio goes from one game to another -or even during the same match – from being essential in the good minutes of the team to disposable, in moments of bad version of the game.

So, since it is impossible to clone Sergio, three options open up. The first would be signing. To who? The two best options are Rodrigo Hernandez, Manchester City footballer, 26 years old, already educated in the idea by Pep Guardiola, who has just renewed it until 2027. Valued at 80 million euros. It seems difficult to get him out of the Ettihad; Y Joshua Kimmich, 27 years old, with a contract until 2025, also valued at 80 million and also educated under the direction of Guardiola. He belongs to Bayern so, after the Lewandowski operation, a complicated exit. More affordable is jorginhomidfielder for Chelsea whose contract ends on June 30 but with 30 years behind him and zero hours of training in the method raises doubts.

Second option: is there someone in the house? The bet of the subsidiary, Marc Casadóis 19 years old and still needs time before taking the leap and his competition, Alex Carbonellwho is already 25, is not an option for Xavi. Nico Gonzalezon loan this season at Valencia, is going to return for sure and there is hope of finding in him a good central midfielder for the future of Barcelona.

Third option: forget Sergio Busquets and his profile and adapt the method (with the naturalness required by evolution) to other players with different characteristics. Its viable?

It is clear that Xavi Hernández has this matter on his mind because for someone who has been a midfielder -and not just any one!- and who wants to play football as we all know, the position of central midfielder is capital.

What has happened this season when Sergio has not entered the starting 11? On matchday two of the League against Real Sociedad, with Busquets suspended, Xavi devised a double midfielder with Frenkie and Gavi although immediately the one who accompanied the Dutchman was Pedri. In the Champions League debut against Viktoria Plzen, he rotated with Sergio on the bench and De Jong as the only central midfielder, the same as in the last league game against Elche. Collective results: three victories for Barça.

As for Frenkie’s performance, generally good. With respect to the original format, yes, many differences that force the coach to seek solutions to balance the team due to the inconveniences that arise with the change of pieces. Definitely, De Jong’s energy and quality can also be exhibited from the central midfield but his dynamism causes imbalances, especially in defense.

The Dutchman does not like to fix his demarcation, which messes up the positional game in attack and the consequent pressure when the team loses the ball. And you know, without an order to attack it costs much more to recover the ball. That forces his teammates to be very attentive to correct positions. In this sense, for example in the last match against Elche, Pedri was especially attentive to the circumstance: Gavi plays higher up to seek depth and Pedri falls back to help create and balance spaces.

The game against Elche was strange due to Verdú’s early expulsion, but we are left with some interesting data. Frenkie was the Barça player who intervened the most -124 interventions-, splendid with the ball, without losses and with two shots from outside the area, a good resource against such receding defenses – Barça played 73% of the match in the opposite field-. In defense he also performed, with 11 recoveries and even two aerial duels won against Boye -a specialist-, in his studied help to the two central defenders.

Perhaps there are many things to correct – his exaggerated supports, some unnecessary driving, risks in actions in the creation zone or certain invasions of spaces occupied by a teammate – but It seems that Xavi is changing his initial approach, the one that prevented him from putting Frenkie in Busi’s position. For the Barcelona coach it must be a challenge and for the player, too, since he is going to have to change dynamics and mechanisms to help the team because the responsibility of the central midfielder requires much more than thinking about oneself. 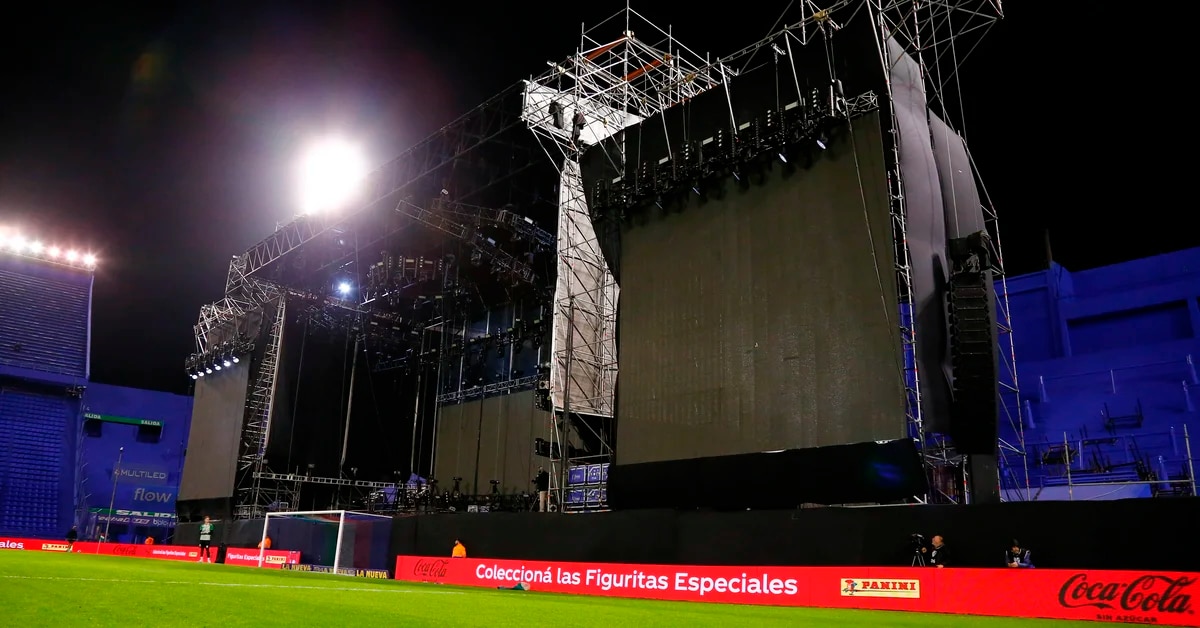 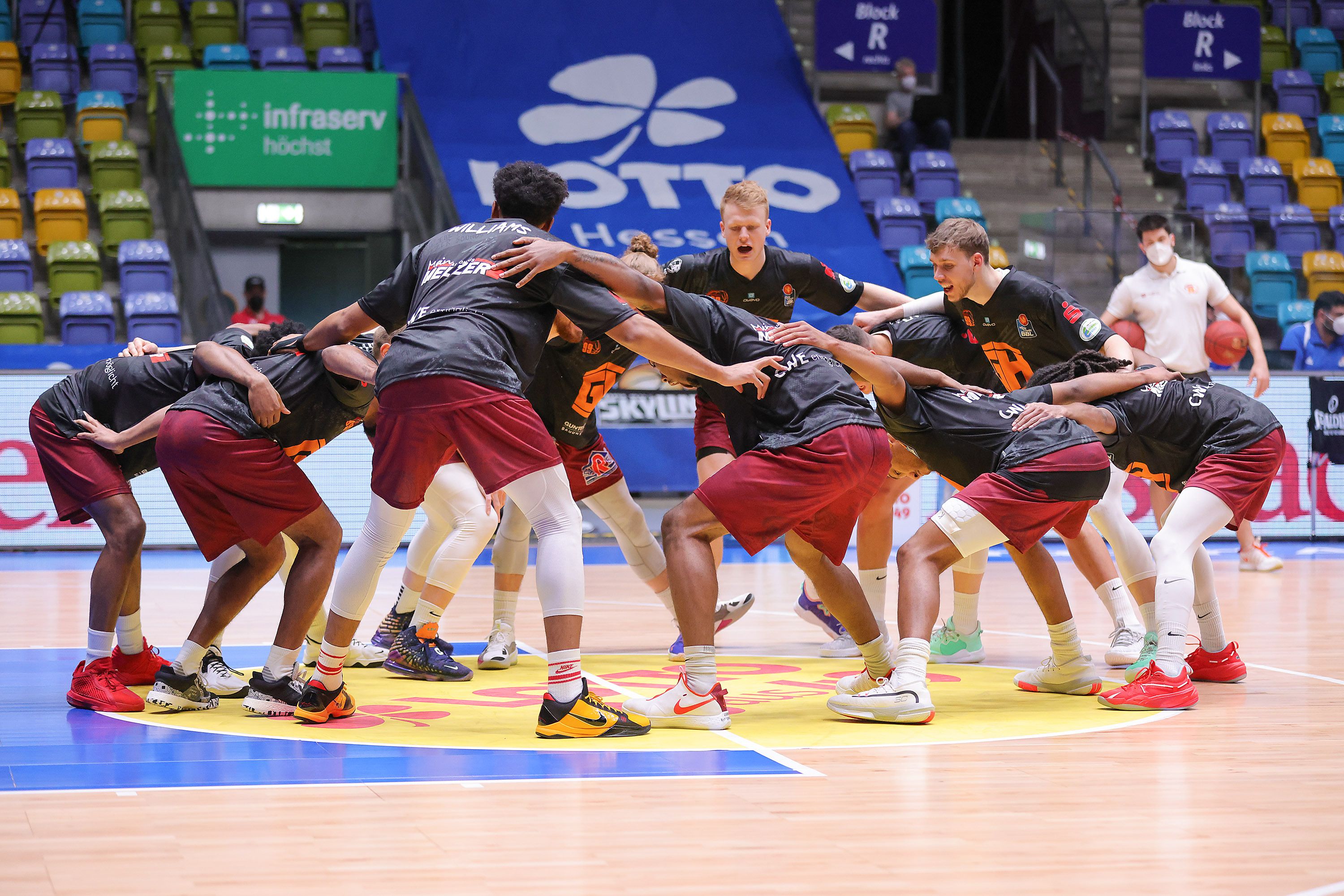