Alcaraz: “It didn’t come in the best conditions” 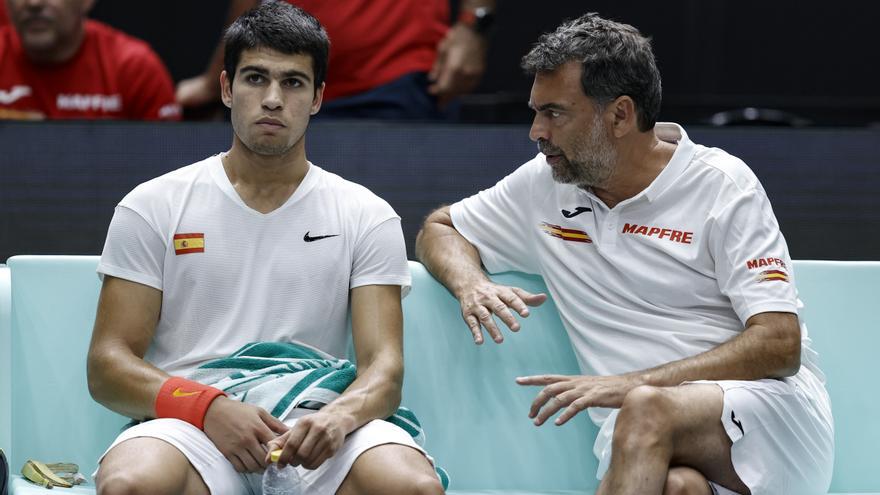 The Spanish Carlos Alcaraz expressed this Friday, after his loss against Canadian Félix Auger-Aliassimewho did not arrive in the best physical or mental condition for the match, but added that he is satisfied with the tennis he played in this match of the final group phase of the Davis cup.

“I am hurt by the defeat and for not giving Spain the victory, but at the same time I am satisfied. As usual, I haven’t reached one hundred percent physically, but I played a good game, it escaped me due to small details. I’ve left everything on the track and I can’t blame myself for anything”, said the Murcian at a press conference.

Alcaraz reiterated that he was satisfied with his match because he has had very few days to adapt to a court where the conditions are very different from those of the United States Open and analyzed that his rival has played a great match, in which he demanded a lot and hardly gave him a margin.

“I’ve been on the limit all the time, I have endured as much as I could but with a beast like Félix in front of me it is difficultis one of the best in the world and I have been there, I have fought but I have not been able to show my one hundred percent”, he added.

Alcaraz, who stated that even if he did not feel completely recovered, he would play again if he went back in time because he loves defending Spain, said that “We will try to recover the best possiblethis is the Davis Cup and here you have to leave everything for your country, for all the people who cheer you on”, he concluded.