After retiring, you must first remove all the past halo｜Zhao Shuang Column — Rilakkuma Sports

Editor’s note: In January this year, the famous women’s basketball player Zhao Shuang officially retired from the professional basketball arena where she grew up. When we say goodbye, we will not let go, and we must face reality no matter how long we are nostalgic.Facing a new life, she is curious and uncomfortable, but more of love. She hopes that she will still be good in her new life, just like when she played basketball before. This is her column on Rilakkuma Sports.“Cool talk”the original intention.

Rilakkuma Sports sincerely invites athletes who love to observe and think, whether they are active or retired, to express their unique views in words and tell outsiders a sports perspective they have never seen before. We will try our best to provide you with an elegant platform. The previous Olympic walking champion Liu Hong——「what do i talk about when i talk about walking」And former international player Xie Hui——「Thinking in sync with Xie Hui」Personal column has been opened.

In January of this year, I officially retired and started a new life. It is always sad to say goodbye to the past, but this is the reality, and every athlete will face this day, sooner or later.

Retirement, new job, wedding, I’ve accomplished several life events in the past eight months. I am full of expectations for my new life, and I hope that in the future, just like when I first started playing basketball, I can make progress little by little and realize more dreams little by little. 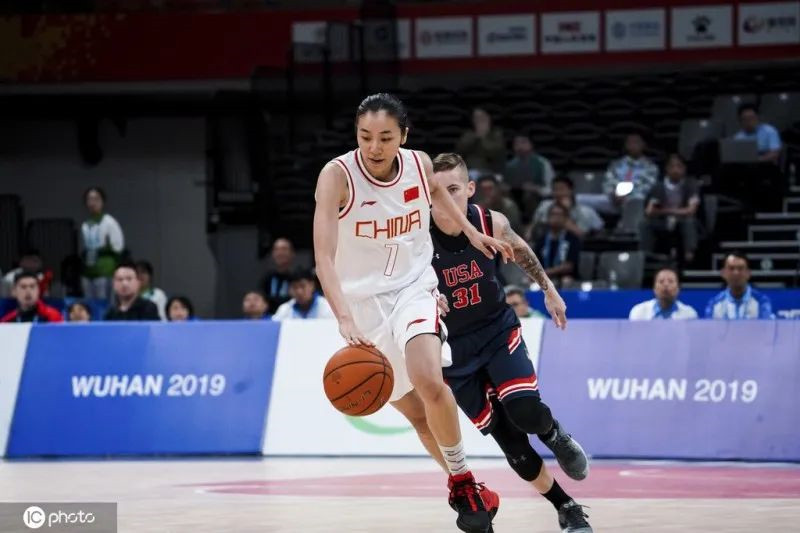 In August of this year, I posted a set of wedding photos on the Internet, and the result was a hot search, which was quite unexpected. After all, after retiring for so long, everyone is out of breath. It’s really nice to be remembered by many people all of a sudden.

I didn’t have any other purpose in posting that set of photos. I just wanted to report my latest developments to everyone and tell everyone that I am married and will walk hand in hand with my husband for a lifetime.

The “cart of firecrackers” that were not set off when they retired, did not set off when they got married. When we went back to our hometown (Mudanjiang City, Heilongjiang Province) to hold the wedding ceremony, I didn’t know what day it was. Firecrackers were set off all over the street. It was a coincidence that everyone was congratulating me. 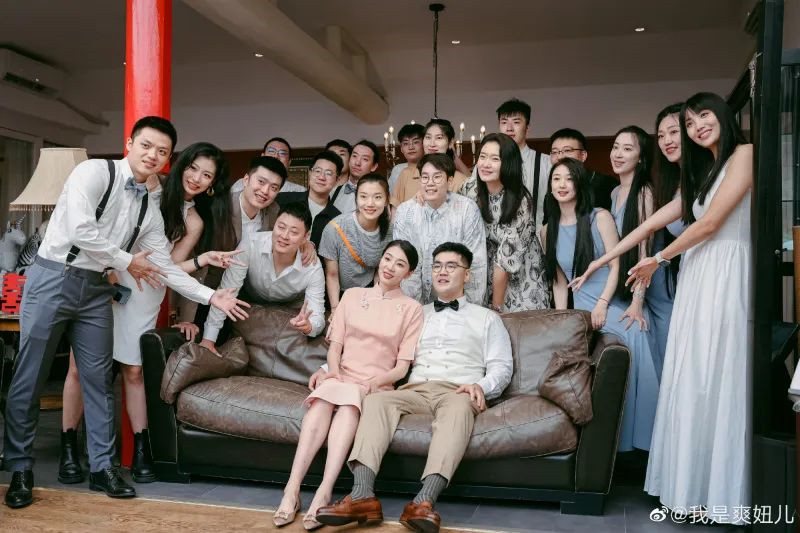 In the past eight months, I have experienced a lot, from retirement to work to marriage, all of which are major events in my life.

On the day of my retirement, I posted a Weibo, and while typing, I shed tears. When I was a child, I felt tired from training and couldn’t go home. I had to stay in the team during the Chinese New Year, and I had to control my diet when the game was approaching. There were too many restrictions. At that time, I felt that retiring was a very happy thing. I could finally get rid of all the constraints, and I was completely freed. I didn’t expect that when this innocence came, all that was left was sadness and reluctance.

Now I often make such a sigh: Oh, how simple life was back then, you only needed to do one thing every day – play basketball well, and you don’t have to worry about the rest. When I was in the team, I “eated the cafeteria” every day, and I could comment on which dishes were well-done and which ones were not.

It is impossible to eat leftovers in the cafeteria, not after retiring. When eating at home, I also sometimes eat leftovers from yesterday. No way, never waste food.

Since retiring, I often think about “what to eat today”. I also cook my own meals sometimes, but not every meal, and if that were the case, I might have to focus on “three meals” a day and have no time for anything else. Cooking and cooking life are normal for many people, but this sometimes becomes a problem for me, and I have to get used to it slowly. 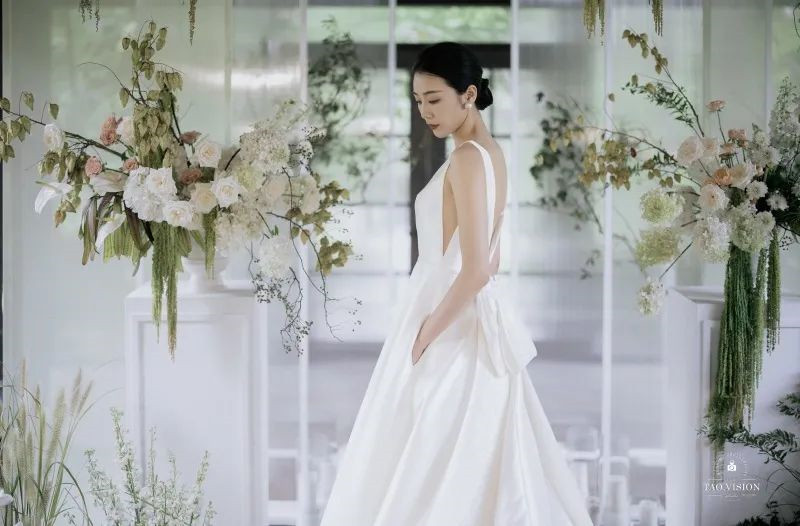 For me, the decision to retire has been in the works for a long time. After the disbandment of the Bayi Women’s Basketball Team in October 2020, players of my age will face a more serious question: whether to find a job or continue to play.

To be honest, because of the injury, I thought about retiring at the time.

I went to work somewhere for a while, but still had a little bit of reluctance to leave the game. The Inner Mongolia women’s basketball team contacted me before the last National Games, hoping to join them and help them compete in the National Games, but I refused. Before the start of the WCBA last season, I sent a WeChat message to Bartell, the chairman of the Inner Mongolia Basketball Association: “Do we still need people in our team?” Chairman Ba ​​was really powerful, and replied directly to me: “Come on.”

In this way, I joined the Inner Mongolia Rural Credit Union Women’s Basketball Team. Although I am not the main force of the team, I am very grateful for the trust of coach Zheng Wei’s guidance, which allowed me to get a lot of playing opportunities in key games. In the end, through the efforts of the whole team, I left a good memory of the last battle before my retirement. Looking back, I won the national championship in the second year of participating in the professional league. Before retiring, I won another WCBA championship with the Inner Mongolia women’s basketball team. I was really lucky.

Throughout my entire career, of course, I am most satisfied with winning various championship moments. I have won the National Games, the League and the Asian Cup. Sometimes I feel really lucky. Winning is a very enjoyable and happy thing for me.

When I mentioned me in the past, everyone would always put the label of “responsible for appearance”. When I was young, I would be very happy to hear someone praise me for being beautiful, but I was also very strong back then, and I was able to compete step by step through my own efforts. It is a happy thing to be cared and loved by everyone, but it is also a good thing. It brought me some resistance in my career. When I felt isolated and wanted to give up, seeing everyone’s approval and encouragement for me on the Internet made me full of energy again. What a joke, I’m Zhao Shuang! I’m very happy to appear in everyone’s vision when I was at my peak, and thank you for your continued support. 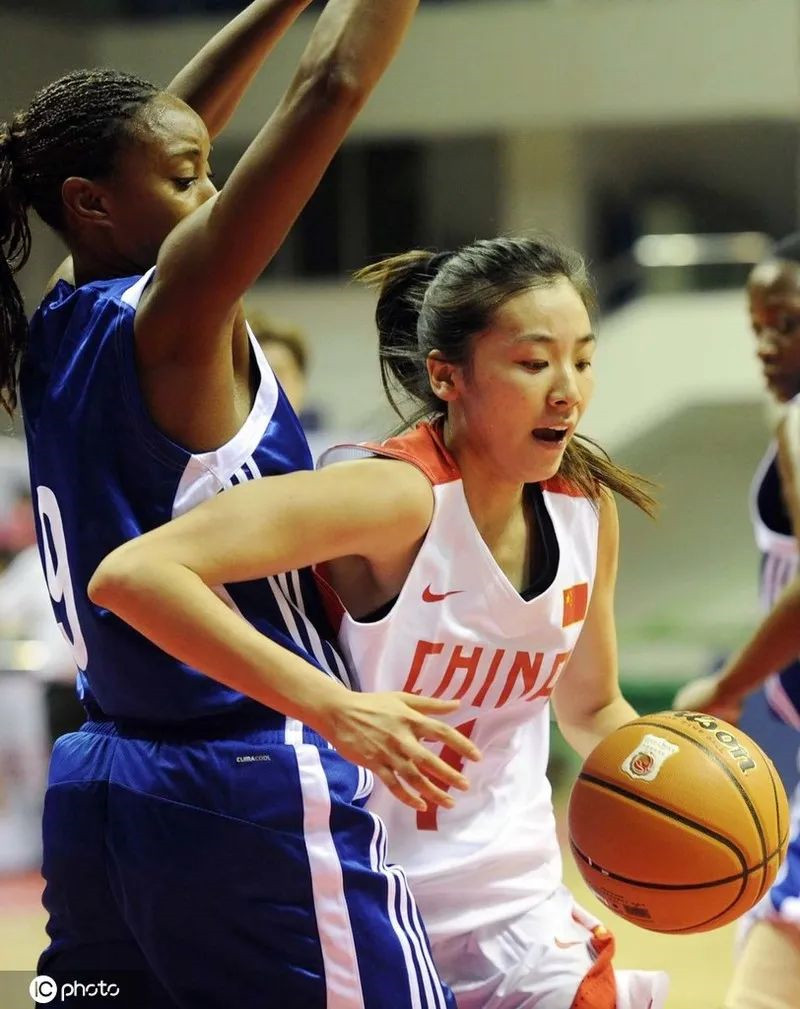 ▲Representing the national team against opponents.

When I officially decided to retire at the beginning of this year, I must have been reluctant. When I play basketball, I feel very happy every day, but it is short-lived after all, and any athlete has to face the day when he leaves the court, sooner or later.

I remember when I first started playing in the pro league some coaches would say that I was “not good”, that I wasn’t smart enough to play, and that I had a lot of flaws. At that time, I felt that my head was full of bags, and I didn’t know what to do.

I have a “disadvantage”: my mind is inflexible and too persistent. But this is sometimes an advantage. It allows me to dig into one thing thoroughly, only do this thing well, and leave the rest behind.

Fortunately, all the goals I set for myself have been achieved. So that you have to set a higher goal later, otherwise you will be confused after it is too easy to achieve, and you will not know what to do next.

I wasn’t that happy with my performance at the London 2012 Olympics, I wasn’t at my best on the field. I remember playing with an injury, my ankle was unconscious during the game, it was completely numb, and you couldn’t talk to the outside world. No one cares about the reasons for your poor performance, everyone only cares about the results and the state of your performance. As an athlete, you have to be responsible for whatever you are on the field, which is why I have to withdraw from the national team when I am not in good shape.

In 2017, I represented the Chinese women’s basketball team in the Asian Cup, and I was in good shape. It’s a pity that we lost to Japan in the semi-finals (only lost 5 points) and didn’t make it to the final to win the championship. I have always hoped to win a difficult game on behalf of the national team as the main force, and that was the closest to my goal. 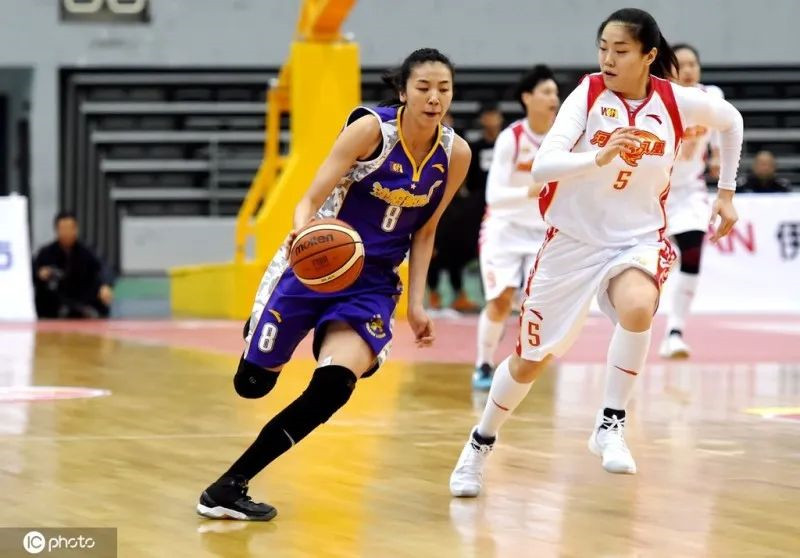 ▲ Participate in the competition in the club.

Another thing I regret is not having the opportunity to play in the WNBA (Women’s Professional Basketball League). I was in very good shape in 2011. At that time, a scout contacted me about going to play in the United States. Later, due to various reasons, it didn’t work out. Whenever I think about it, I regret it. Going out may not be able to play at a high level, but if you can feel it, it will definitely feel different from now.

Of course, I also know that there are always regrets in life, and it is impossible for me to catch up with all the good things. As a member of the national team, after I retire, I want to remove all the halo, learn a little bit of things that I didn’t know before, just like when I first started playing basketball, slowly improve and slowly achieve my goals.

I am currently working at Beijing University of Architecture and Technology. I have been on the professional team before, and now I am on campus. I like the atmosphere here, and I am looking forward to passing on what I have learned about basketball to the students and making them love basketball more. I don’t think about things that are too far away now, I just hope that I can do what I need to do in a down-to-earth way, and I will gain something every day and make a little progress. Just like when I came here, I will jog in the direction of the goal and jog in small steps. 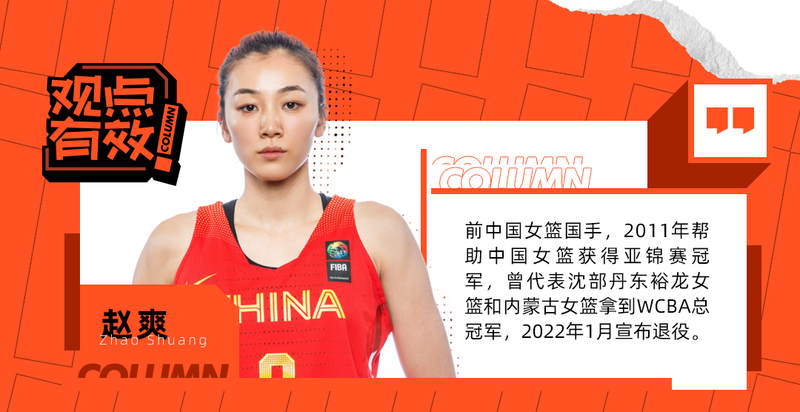 Disclaimer: The views in this article only represent the author’s own views and do not represent Rilakkuma Sports.