Zeppieri: «Me, a tennis player by chance thanks to the school» (Burreddu). A blue wave on New York: 34 Italians (Fiorino)

Many, too many times the concept of “predestined” has been associated with the status quo of the talented tennis player. A combination that in Italy, in past years but especially now, is sometimes confused with another dangerous concept, that of “everything and now”. In short, not exactly the best if we followed to the letter the philosophy according to which talents must be cultivated, educated and expected like the opening of the almond blossom: their flowering represents the end of the long winter, the wait is great but so is it. delicacy and, in some ways, fragility. Lorenzo Musetti is part of this category: we do not know if he can be considered a predestined one, for sure his tennis is delicate, with an intense scent. The spring of the aesthetic senses declined on a playing field, recalling in this past glories (see Pietrangeli), but not resembling anyone but himself. In the Italian battalion that launches the assault on the circuit tournaments, Lorenzo, assuming a starting grid in full Formula 1 style, currently occupies the third position, behind Sinner and Berrettini. All three together are the trimurti of Italian tennis, the one that hopefully, from a national perspective, will return to Italy that success in Davis that has been missing for a long time. If not now, when?

And like Sinner and Berrettini, Musetti also added a ‘500’ tournament to the bulletin board, winning that splendid final in Hamburg, with Alcaraz and giving himself the greatest tennis joy. “I’m savoring that success only now, after a few days. After the game, I immediately took a plane to Umag, now, on vacation with my family before the American tour, I appreciate everything“. This is how Lorenzo describes this joy, interviewed by Gaia Piccardi for the Corriere della Seraretracing the moments after the victory: “We finished playing late and when we left the club the restaurants were all closed, so we soberly celebrated in the hotel with Simone (Tartarini ed) and then I went to bed. I was upset. Adriano Panatta is right when he says that the crazy euphoria overwhelms you for about thirty seconds: after the last point I felt an irrepressible joy, the adrenaline flowed into the funnel of emotions merging together with suffering, nervousness and everything I have tried during the match. Three hours of match in thirty seconds; when you think about it, it was more liberation than happiness. In one fell swoop I got rid of all the chains I had in my stomach “.

“I knew indeed – continues Musetti – that the bang was in the air, after so much and so much work. There had to be a first time for me too, to play the perfect match, the most beautiful of my career. And it was nice to do it with Carlos, who in addition to being a rival on the pitch is a friend off the pitch”.

TECHNICAL POINTS: Our coach analyzes Lorenzo Musetti under the microscope shot by shot, photo by photo

But as a good Italian, and in the midst of the traditional popular furrow, but above all out of unfailing gratitude, he dedicates it to his grandmother Maria and it is an opportunity to also explore Lorenzo’s affection maps: “My first teacher was my grandmother’s cellar wall. I don’t know how many hours I spent there with the ball playing, and it was there, together with my father, that I started playing the one-handed backhand, which Simone then perfected, rejuvenating it and making it more effective. My family is the center of my heart: my father Francesco, my mother Sabrina, my grandmother, Simone and my group of historical friends. Many of them study at university but we are, as we like to call ourselves “a happy bunch”. It is the historic group, they are my first fans “. Obviously a memory also goes to grandfather figure: “For years he has been commuting between Livorno and Carrara; he always said I didn’t play well. I got angry, now I realized that it was an important motivation to improve myself. He died while I was at an Under-12 tournament in France. On the tomb he wanted a Tuscan cigar”.

“I’ve never had any kind of pressure from my family, my parents immediately understood that tennis was a priority and remained calm, confident that the results would come. From this point of view I am lucky, I have seen many players ruin the fun for their children, making tennis an obligation and not a pleasure. I now think I am paying them back for all this, both on and off the pitch: my mother Sabrina was rewarded with her high school diploma as a private owner”.

A growth path, that of Lorenzo Musetti, which has its roots in the past season: “In life everyone has their own themes and their own path. Learning from mistakes and forging himself as a man first and then as a tennis player. Each time the Musetti man enters the field first and then the tennis player. What forges you outside accompanies you inside. Last year was decisive in this regard. It was a difficult period, a set of things that crossed between work and private life, and which made it a season of many ups and downs. I worked a lot and the results were poor, it was difficult and thanks to a psychologist who followed me, I was able to bring out some aspects of my personality. Even that warrior. In this sense, Davis’ match in Bratislava is rather explanatory. Coach Volandri put me on the pitch in the decisive match, the one that would have given us the opportunity to play in Bologna. A victory that for me was like a watershed and also did the team good.

“Envious of the successes of Matteo and Jannik? Never! In fact, I’m always happy when they win and I have to thank them for having achieved success before me by allowing me to work quietly in a shadow. Now our example is doing well to all Italian tennis: Zeppieri and Agamenone in the semifinals in Umago, Cobolli, Passaro and the young Nardi … in short, Italian tennis has a happy moment”.

Instead, looking to tomorrow? Here too Lorenzo seems to have clear ideas about the future: “I don’t think the concept of super coach is an obligatory choice on the path. I already avail myself of the collaboration with Umberto Rianna, federal technician, and I intend to keep it. If my idol became available Roger Federer? Well I don’t think I can afford her salary … I dream of a first Grand Slam, it is normal and right that this is the case. Wimbledon has a charm all of her and unparalleled. Of course, if he were the next one, in New York, he would be fine too. ” Clear, right?

TECHNICAL POINTS: Our coach analyzes Lorenzo Musetti under the microscope shot by shot, photo by photo 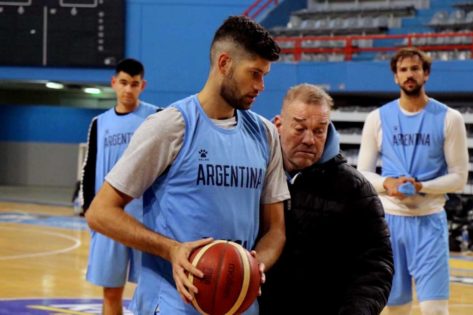