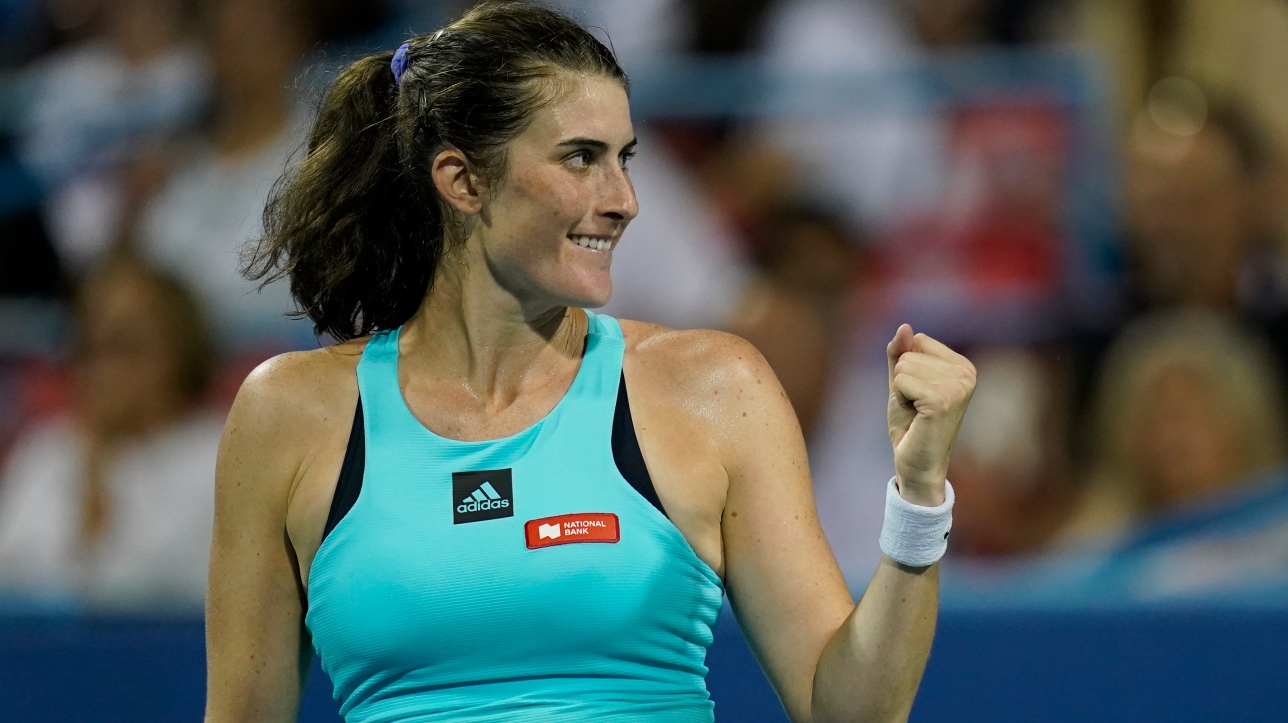 WASHINGTON — A two-part day for Canada at the Citi Tennis Open on Wednesday. Vancouver’s Rebecca Marino reached the quarter-finals with a 6-3, 3-6, 6-1 win over Germany’s Andrea Petkovic but hours later Ontario’s Denis Shapovalov was shown the door out in the second round.

Shapovalov failed to take advantage of the fact that he recorded 20 aces, a stat that was significantly diminished by the 12 double faults he committed.

Also, Shapovalov was less efficient than his rival when he found himself in front of break points. In seven attempts, Wolf managed five breaks of service and conceded only two to the Canadian, also in seven opportunities.

For his part, Marino, 111th in the world rankings, had an ups and downs match, but finally won after a duel lasting 1 hour 53 minutes.

She hit five aces against three double faults, while Petkovic, 68th in the world, had just one ace and seven double faults. Marino had three service breaks in 10 attempts.

Marino will be in his first quarter-finals of a WTA tournament since the National Bank Cup in Quebec City in 2018.

Marino set the tone for the game by winning his first two service games at zero. She then took advantage of her only break point of the set to take control of the game.

However, the tide turned in the second run. Marino won only two of the seven points contested on his second serve.

Petkovic managed to destabilize her and get a key break in service. Meanwhile, Marino was unable to take advantage of five break points.

In the final set, Marino gave herself a 3-0 cushion by breaking Petkovic’s serve in the second game. She then broke Petkovic’s serve a second time to find herself on serve for the match at 5-1. Marino did not miss his chance.

Pair and Mannarino out

The French Benoît Paire and Adrian Mannarino were eliminated in the second round, respectively beaten by the Dane Holger Rune and the Bulgarian Grigor Dimitrov.

Paire, 33, paid for a faulty service, weighed down by eight double faults, and too many unforced errors in total (21 against 10), which allowed his opponent, winner 6-3, 6-2, to break him at three times in five opportunities.

On the contrary, he could not convert the four balls he obtained to delight his rival’s commitment and try to come back in a game finally concluded in 1h18 by Rune, on his fifth match point.

The 19-year-old Dane (28th in the world), greeted shirtless by Paire, not to a joke, who had just torn his jersey and took it off like shorts that we lower, will face in the next round the American Jeffrey John Wolf, winner of Shapovalov.

Leaving the world top 100 at the start of the week after a series of six defeats in the first round, Paire (112th) had broken this bad series on Monday at the expense of the German Peter Gojowczyk (7-5, 6-4).

However, the Avignonnais, who was still 20th in the world at the start of 2020 before the coronavirus pandemic, did not exceed the round of 16 of a tournament in 2022, winning only four victories.

After having equalized with one set everywhere, erasing an irrelevant start since he had lost the first five games of the meeting, the Frenchman managed a break to lead 3-1 then 4-2 in the last set, before leaving the Bulgarian to return to his height then to give in on the first match point on his serve at 6-5 after a little over two hours.

Dimitrov will face American Sebastian Korda in the next round.

Finally, note the elimination of the Pole Hubert Hurcakz, seeded No. 2, defeated by the Finn Emil Ruusuvuori 6-4, 7-6 (7/3), and the qualification for the round of 16 of the American Taylor Fritz (N.3).