WNBA | An unforgettable last game in Seattle for Sue Bird 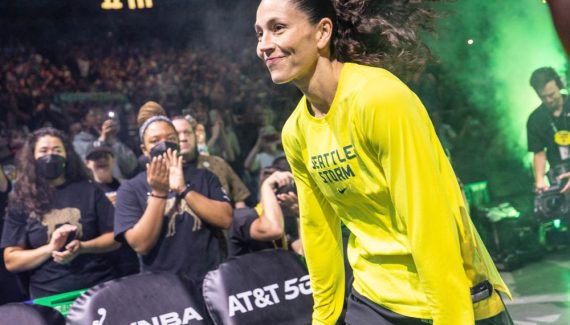 Fans didn’t want to miss that. Sunday, Sue Bird was playing the last regular season game of his legendary career in Seattle.

So 18,000 people came to fill the Climate Pledge Arena, a record for the franchise, to attend this match against the Las Vegas Aces.

Obviously, the Seattle Storm had put on a big show with a tribute video before the match, the presence of the player’s family and a lot of spectators with the playmaker’s jerseys.

The only shadow to this beautiful picture: a defeat (81-89). “I’m not going to lie, I’m a bit bored to have lost my last game here”commented the player, speaking to the public after the game. “But that’s fine with me, because I lost my first game too. Apart from the match result, it was a wonderful afternoon for me. »

As the Storms have qualified for the playoffs, the five-time Olympic champion with Team USA will have another opportunity to see this audience one last time, before retiring, as announced in June.