what you need to know about the latest revelations – Liberation 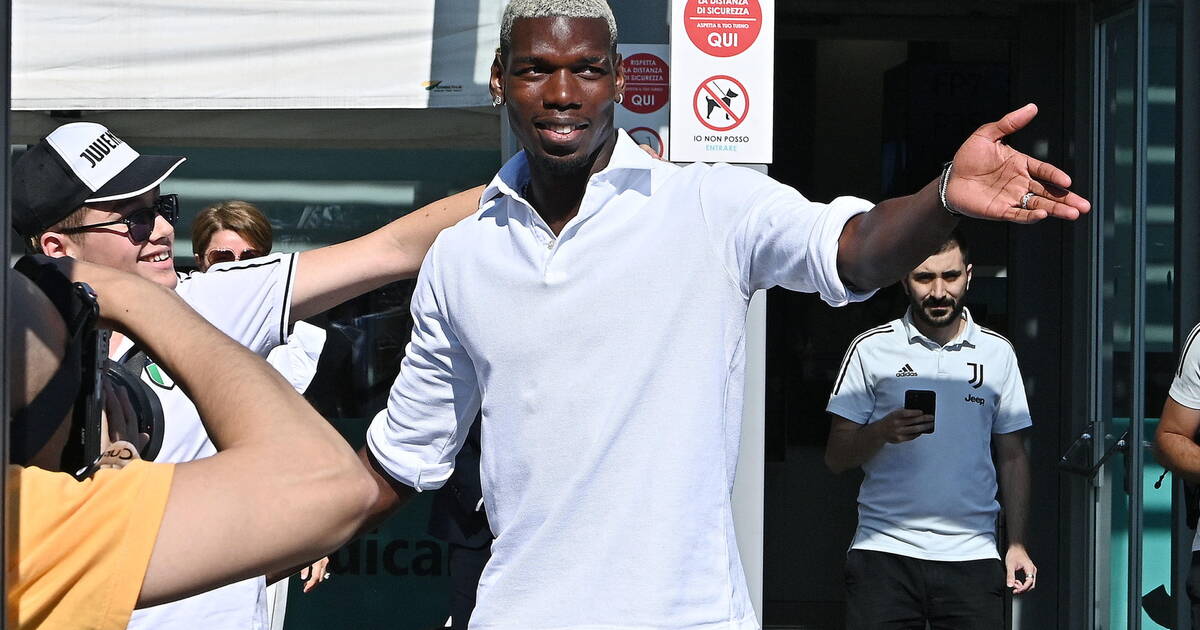 For three days, Paul Pogba has found himself under the media fire, entangled in a dark case of extortion involving several of his childhood friends and his older brother. Nebulous as possible, the file includes many ramifications. We find there in particular the names of Kylian Mbappé and the influencer Marc Blata attached to a story of marabout. We unravel the main springs of this affair, which risks disrupting the preparation of the French team for the next World Cup in Qatar.

What we already know about the case

It starts Saturday evening with the publication on social networks of an enigmatic video of Mathias Pogba (32 years old), older brother of Paul (29 years old), recorded in four languages ​​(French, English, Italian, Spanish). He announces that he wants to make soon “big revelations” about his brother Paul and his representative Rafaela Pimenta, who has just taken over as head of the football agent company of the recently deceased Mino Raiola. Reading a text in front of the camera, he affirms that “the whole world”them «sponsors» and Juventus Turin “deserve to know certain things in order to make an informed decision whether [Paul] really deserves admiration, respect, his place in the France team, if he is a trustworthy person. “All of this could be explosive”he concludes, without further details on the nature of his “revelations”.

What the Paul Pogba clan says. On Sunday, Paul Pogba’s advisers react by issuing a press release. They denounce “organized extortion attempts” against the player. “Mathias Pogba’s recent statements on social networks are unfortunately not a surprise”they indicate, specifying that “the competent authorities in Italy and France were seized a month ago”. According to France Info, Paul Pogba claims that he was asked for the sum of 13 million euros, and that one of his relatives withdrew 200,000 euros with his credit card in Manchester, his former club.

The Paris prosecutor’s office confirmed to AFP that a preliminary investigation had been opened on August 3 into alleged acts of extortion in an organized gang and attempt. The investigations were entrusted to the Central Office for the Fight against Organized Crime (Oclco) of the PJ. According to information from France Info, which cites a source familiar with the matter, Paul Pogba told investigators that he had “including being trapped by childhood friends and two hooded men armed with assault rifles”, accusing him of not having helped them financially. Paul Pogba also assures investigators that he has been intimidated several times in Manchester, and even at the Juventus training center. Among the suspects, he claims to have recognized his brother Mathias.

What is Mbappé doing in this galley? The name of the football star appears reluctantly. Paul Pogba explained to investigators that “his blackmailers wanted to discredit him by broadcasting messages in which he allegedly asked a marabout from his family circle to cast a spell” to the PSG striker, which he denies. In tweets published on Sunday evening after the revelations concerning Paul’s hearing, Mathias Pogba takes Mbappé to witness: “Kylian, now do you understand? I have nothing negative against you, my words are for your good, everything is true and proven, the marabout is known! Sorry about this brother, a so-called Muslim deep in witchcraft.”

What we learn this Tuesday

Pogba has already paid 100,000 euros to his extortionists. Three days after the start of the affair, the puzzle is gradually coming together. According to France Info, the 2018 world champion has actually already paid 100,000 euros to those who threaten him. The sum was handed over in April 2022 by the midfielder. A month earlier, Paul Pogba was in France as part of friendly matches disputed by the Blues against Côte d’Ivoire and South Africa. According to RMC, he comes into contact with former associates as part of a visit to his former neighborhood in Roissy-en-Brie. The group of people would have taken advantage of his presence to corner the footballer in a Parisian apartment, claiming 13 million euros from him, “including three million to be paid immediately”specifies France Info, for “service rendered”. They would have blamed him for not having helped them financially since he became a professional player. According to RMC, which cites the account given by Pogba to the investigators, his former acquaintances believe that the player owes money “to those who protected him for years”and who have “insured [sa] security”. “Two hooded and armed individuals then came out of a room in the apartment and held him up with an M16 and an assault rifle. Due to the non-payment of the 13 million euros demanded by these men, Pogba would have been forced to accept the permanent presence at his side of a man named Babacar. says RMC again.

Faced with the refusal of his bankers to debit such a sum, the midfielder of Juventus Turin still manages to withdraw 100,000 euros. The 29-year-old would have accepted too “to sign a paper undertaking to pay the rest of the sum”, adds France Info.

The Mbappé clan closely monitors the story of the marabout. According to RMC, “la Pioche”, nickname of the Juventus player, would also have told investigators that the story of the marabout does not exist, and would have been entirely invented by his brother Mathias. The Parisian striker and his entourage “watch this matter with a distance for the moment but with a watchful eye”asserts the team in its Tuesday edition. The daily adds that it “it would seem that Didier Deschamps and therefore by extension Noël Le Graët, the president of the FFF, got wind of it” of the affair before it broke out.

Paul Pogba in the sights of investigators. According the teaminvestigators “Wondering about the fact that Paul Pogba may not have revealed everything to them about the origin of this extortion attempt”. His brother Mathias would indeed have been targeted “in circumstances that remain to be clarified”, specifies the daily. always according to the teamof the “bank requisitions” would also have been made by the investigators in order to verify the story of the childhood friend he was staying at his home and who allegedly stole 200,000 euros from him in Manchester.

Influvoleur Marc Blata gets involved. To make matters worse, a new protagonist has interfered in the story of the marabout. This is Marc Blata, former reality TV candidate turned influencer. He is notably accused of fraud by several victims, who testified to Release this summer. Blata assures “not being able to sleep for two days”have “headache” et “in the heart”. On Monday, he posted a photo on his account. We can see a man visibly engaged in an act of witchcraft. Then he deletes it and swears that the man in question is not Paul Pogba.

Then a few hours later, in the night from Monday to Tuesday, he sends a series of mysterious messages. “Should the buzz come first, before the safety of people, of a family? asks Blata on Instagram. I’m making a buzz despite myself today even though I’ve been looking for it all my life. The buzz, I don’t want too much anymore. We’re still going to break the Internet and I’m not going to lie to you: do you really think that Mathias is doing this for the money? Do you think Mathias is talking about his brother like that on the networks for the money? Let me tell you something, when this story is over, I guarantee you a billion percent that there will be either a Netflix series or a movie, it’s too much.

About the photo, he says: “It was absolutely not Paul Pogba who was doing witchcraft. Nothing to see. This is a video I received that I wanted to post but decided not to post. I did not have the sufficient elements to post it, we are talking about fat people, we can reach their image. We are not here to defame and harm anyone unfairly. We need concrete and tangible proof. We are not police officers but we try not to be crazy on social networks, it is a weapon. We can destroy lives, careers. Let’s take it slow, but there’s more to it than that. It’s not just about that. The story of marabout is yet another story but I can guarantee you that there, it is very, very hot.

More than dubious outings: the man having already improvised himself as a vigilante in the Hayet Abidal case, the wife of former footballer Eric Abidal, by publishing audios of the PSG player Kheira Hamraoui, claiming his hidden relationship with the former Barcelona defender. Another of his feats of arms is to have revealed, at the end of February 2021… a story of witchcraft between candidates from the Marseilles. 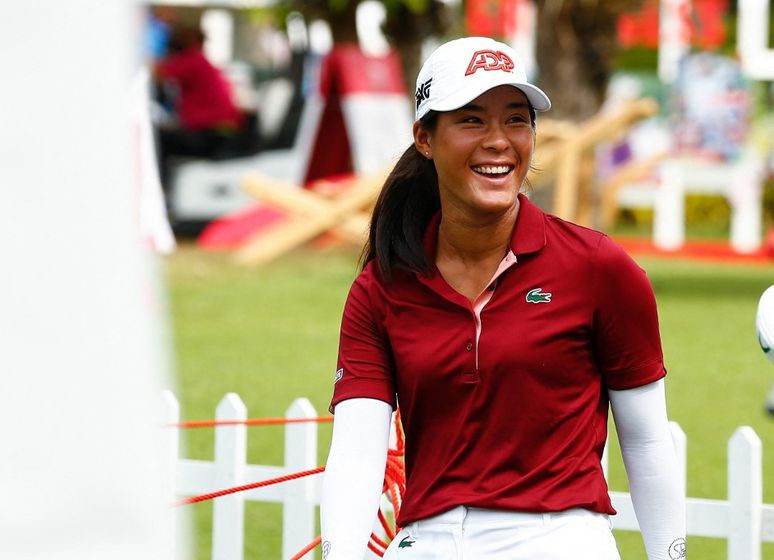 Céline Boutier, 13th in the world!