Understand the supremacy of American athletes in basketball 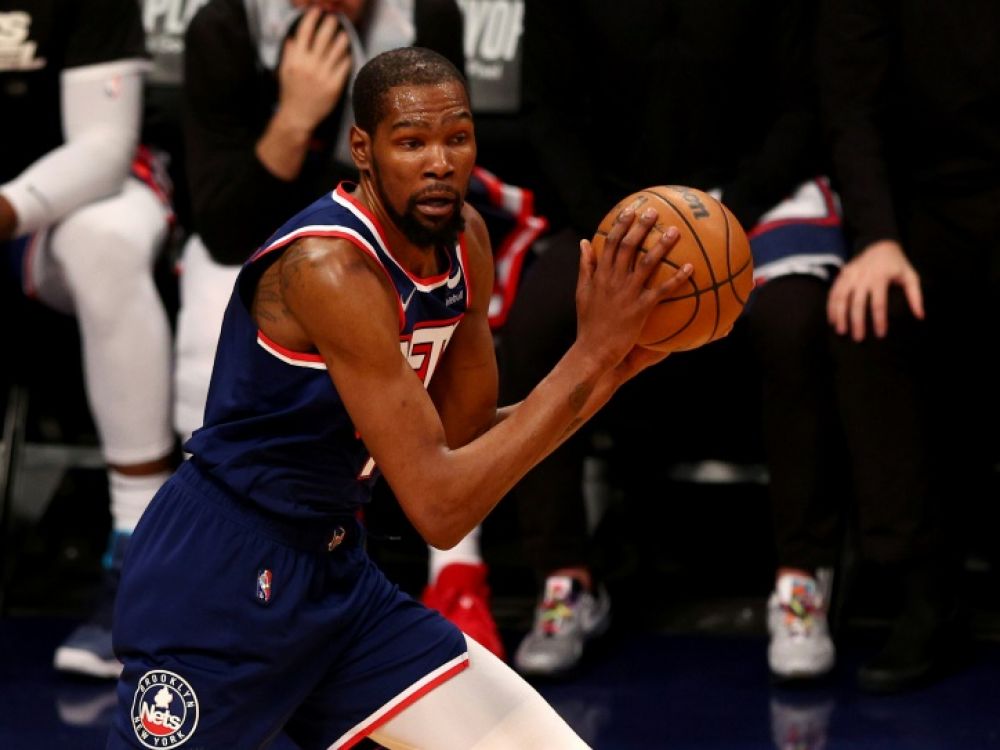 The observation of the success, even the predominance of certain countries in given sports disciplines continues to generate debate on a planetary scale. In order to explain the factors underlying this predominance, arguments linking sporting success to physiological predisposition, gift, nationality, and even climatic conditions, to name but a few, will emerge in over time and will attract the attention of the sports professional community. If we consider that sport is a social phenomenon of great complexity, the understanding of sporting success could not be clarified on the basis of these simplistic arguments which separate sport from culture, public policies, the economy and the socialization process. Therefore, the use of social and human sciences seems to be necessary to understand this reality. This article aims to succinctly analyze the predominance of American athletes in basketball based on sociological considerations and structural and structuring elements of the organization of basketball in the United States.

The NBA and NCAA complement each other

From a global point of view, the predominance of Americans in basketball is not the result of mere chance. Economic, cultural, political and structural factors converge to produce this result. Indeed, the United States has the most popular and attractive basketball league (National Basketball Association) in the world. Fueling this league is college basketball, which is instrumental in providing it with resources through a ” Draftt” (Repechage) annual. This draft is the most successful basketball player recruitment system in the world, it provides players to the various NBA franchises who will later become Mega stars, such as Michael Jordan (1984 draft), Kobe Bryant (1996 draft), LeBron James (draft 2003), Stephen Carry (draft 2009) to name a few.

It is important to understand the structuring role of the Draft in promoting a certain balance in the NBA. As mentioned above, this annual event brings together the thirty (30) NBA franchises who will each have to do two « picks (choice) in two rounds among the best young players on the planet registered in the Draft. But, which franchise will make its “pick” first? This is where it gets interesting since it is not an auction market that facilitates competition between different franchises. Definitely, choosing first or last in the Draft depends on a draw (Lottery) which uses an algorithm that favors the lowest ranked franchises during the past season. That is to say, the more games a franchise has lost during the past season, the more the probability of obtaining one of the first « picks (choice) is great. This draft system is in a way the basis of the attractiveness of the NBA since it allows the different franchises to be competitive. Unlike some other markets where competitors rejoice in each other’s weakening, in sports the balance between competitors is important, because the spectacle that the leagues sell is produced only when opponents face each other. The more competitive the opponents, the more attractive the product.

As for college basketball, it is managed by the National Collegiate Athletic Association (NCAA) which is responsible for organizing a competition that includes three divisions. The United States has the most attractive basketball stadiums in the world and quite a lot of media coverage. This shows that from a structural point of view the NBA is founded on solid foundations which will last for a long time and will ensure the dominance of Americans in basketball in the long term.

What explains this great interest of Americans for basketball? ?

Starting from the structural factors mentioned above, sociological theories can facilitate understanding of the interest of young Americans in basketball. Let us cite, for example, the French sociologist Pierre Bourdieu who believes that “individuals are not free”, that is to say, the practices and behavior of an individual are shaped by objective structures independent of consciousness and the will of the individual himself (genetic structuralism). This point is further illustrated by the concept of “habitus” which highlights modes of perception and behavior transmitted to the individual by the family and the education system. Indeed, for Bourdieu the action of an individual is largely influenced by the heritage transmitted to him by his family circle and his social learning. That is to say, in a social system, most individuals only reproduce thoughts and actions, which, at the start, do not belong to them (social reproduction).

Based on these theoretical elements, we will see that the process of American socialization is decisive in the predominance of Americans in basketball. First, from the first moments of his socialization, the child is exposed to a very wide broadcast of basketball through the biggest American television channels. From then on, the NBA champions have become heroes that the child wants to imitate at all costs. It is also necessary to understand the role of the family which, from the age of 5-6 years, systematically submits their children to the practice of basketball. Moreover, it is a very fun sport that promotes the psychomotor development of children through games.

Then there is the American educational system, which, from primary school to university, encourages and encourages the practice of sports in general and basketball in particular through mechanisms of encounter between ” high schools (high schools) and also between universities. These sporting events attract many spectators and are broadcast live by American television giants. The other mechanism of the educational system to encourage the practice of sport is the ” Sports Scholarships Program “. Indeed, every year, American universities award a large number of scholarships to young people on the basis of their talent in sport. Added to all this, there are also quite significant financial resources invested in university basketball, infrastructure, training centers and technical supervision of the United States university sports system that come into play.

We have just seen that the system is organized to influence young people during their process of family and educational socialization. Taking into account these structural and structuring factors, we can expect that the massive participation of young American university students in the practice of basketball will last for a very long time and this nation will continue to produce the best athletes in the world, because it is the result of historical, political, economic, educational and structural factors put in place over time.

But still, we notice that some players who have reached the top of the NBA, for the most part, come from underprivileged backgrounds (ghetto); this is particularly the case for the Mega stars Allen Iverson and LeBron James to mention only these two. We remember the declaration of LeBron James in an interview after obtaining his second NBA title: I’m LeBron James. From Akron, Ohio. From the inner city. I am not even supposed to be here (I’m LeBron James. From Akron, Ohio. Downtown. I’m not even supposed to be here [traduction libre]). It is important to qualify this aspect, because there is no consensus among analysts as to a possible correlation between the popular social origin of athletes and the probability of reaching the NBA. For example, an article published in The New-York Times on November 2, 2013 presents data which shows that the more one comes from an affluent social background, the greater the probability of waiting for the NBA.

However, sociological considerations, which we have already made in an article on the determinants of performance in the Olympic Games Here, can be put forward in the analysis of the origin of certain NBA stars. It is therefore the space of social positions of Bourdieu taken up by the sociologist Christian Pociello to explain the choice of sport practice of individuals. Indeed, this space highlights the composition of society by differentiated and hierarchical groups according to four major capitals: economic capital, cultural capital, social capital and finally, symbolic capital. To explain the choice of sports practitioners, with the help of empirical studies, Pociello will demonstrate that the subjects’ choice of sports practices is closely linked to the capital at their disposal. These studies have shown that athletes from disadvantaged backgrounds move towards the bottom of the space where we find popular sports (basketball, football, Judo, Athletics) which prioritize the use of the body and physical capacity in place towards those who require a whole machinery for its practice, and consequently, mainly attract people from more affluent backgrounds. It is a question here of understanding that people from underprivileged backgrounds, seeing sport as a means of social ascent and not having the means to pay for very expensive equipment, will rather have a penchant for sports whose practice is less expensive.

Consequently, the popular origin of certain athletes who are today at the highest peak of the NBA, including LeBron James, 4 times NBA champions, constitutes a significant element in our effort to explain the supremacy of American athletes in basketball. It is no longer a question of linking the performance of these athletes to simple physiological conditions, even less to the gift. There are just as many geographic, demographic and macroeconomic considerations that come into play. Indeed, the United States of America covers an area of ​​9,629,047 km² and has a population of 329.5 million. In 2018, the GDP/capita of the United States was 62,641 $USD. It will quickly be understood that the larger the country in terms of area and population, the more it has a very large pool of athletes, and the higher the GDP/capita, the more families have income to pay for sports practices for their children. Similarly, the higher the GDP, the more resources the country will have for the preparation of these athletes (to quote Jolk et al, 1956).

In conclusion, Americans will continue to dominate the basketball market for decades to come. Their supremacy in basketball is in no way reducible to physiological factors alone, much less to the belief that they have advantages linked to physical predispositions. As we have just demonstrated, the sporting predominance of American athletes in basketball is the result of social, family, cultural, structural, geographic, demographic and macroeconomic components. Beyond the physical and technical capacities of the athletes, there is a whole set of external factors that influence this performance.

It is important to clarify that this article does not claim to be exhaustive as to the factors that led to the predominance of American athletes in basketball. It is quite simply an analysis mobilizing theoretical knowledge with a view to shedding light on gray areas on this subject. The article is open to criticism and can be used in other more in-depth analyzes on the subject.

Founder of the Center for Research and Innovation in Sport

Holder of a master’s degree in sports management,