Three firefighters are happy about the rain of medals. 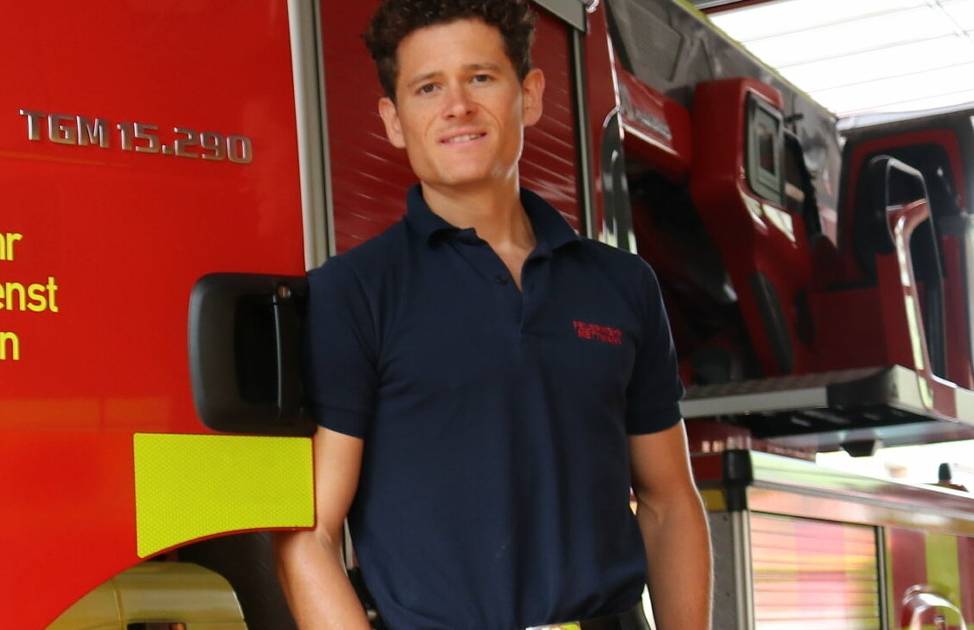 Mettmann Three firefighters excelled at the World Police and Fire Games in Rotterdam. In the end, the trio from the Mettmann fire brigade won three gold medals and four bronze medals.

More than 10,000 participants from all over the world, ten days of competition, 62 disciplines: This was the context in which the World Police and Fire Games took place in Rotterdam, the Netherlands, at the end of July. Three firefighters from Mettmann played a major role in the German team’s medal table being improved and Black-Red-Gold ultimately finishing tenth in the national ranking. Because the athletes from Mettmann contributed three gold and four bronze medals. Fire chief Matthias Mausbach congratulated the Mettmanners on site.

Lars Grimm won a gold and a bronze medal in judo. The man with the brown belt leads a platoon of the Mettmann fire brigade and is involved in the still young fire brigade AG at the comprehensive school in Mettmann, to which his daughter has switched.

Benjamin Ockler was able to win bronze medals in the relay swimming over 4 x 50 m freestyle and 4 x 50 m individual medley. In addition to swimming, Ockler is involved in cross-country skiing and competed in the Mettmanner Bachlauf, among other things. Cross-country tours with the mountain bike are another passion of the all-rounder in the Mettmann fire brigade.

Rick Steffen won two gold medals and one bronze medal in the disciplines stair running, with and without protective clothing, and mountain biking. In order to be at the forefront, Steffen completes 17 to 18 training hours per week. Not counting the time he spends on his racing bike when he travels from Mülheim to work in Mettmann and back. Steffen only swaps his bike for the car to go to work when it’s pouring rain or snowing. “That happens six to seven times a year at most.” It takes him less than an hour to cycle from the front door to the police station. He cranks down 18,000 kilometers a year. “Rick Steffen, but also the comrades Lars Grimm, Benjamin Ockler and Pierre Hucklenbruch are a great figurehead for our fire department,” says fire chief Matthias Mausbach.