The wait is over! NFL preseason kicks off today 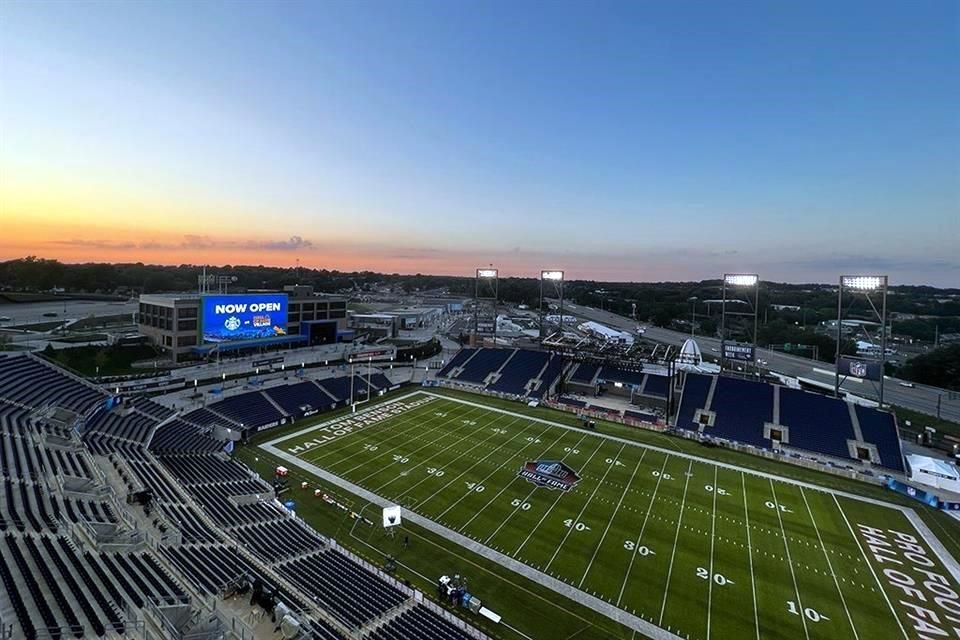 Ohio.- Ladies and gentlemen: tackles are back.

The NFL preseason officially starts today at 6:00 p.m. (Ciudad Juárez time), with the Hall of Fame game between the Las Vegas Raiders and the Jacksonville Jaguars, which will kick off the 2022 cycle. 23 of the most competitive American Football League in the world, the one that will end on February 12 with Super Bowl LVII in Glendale, Arizona.

The ovoid has not flown on the gridirons since the Los Angeles Rams were crowned at home after beating the Cincinnati Bengals 23-20 on February 13.

Week 1 of the preseason begins next Thursday, August 11, with the duel between the Patriots and the Giants, a reissue of Super Bowl XLII, when the New Yorkers defeated the team then led by Tom Brady, who turned 45 yesterday.

Now, Brady will look to lead the Tampa Bay Buccaneers to another Super Sunday after faking retirement at the end of last season and returning for an eighth championship ring.

The preseason, which will last 3 weeks, will allow the franchises to polish details for the start of the regular season, scheduled for September 8 with the duel between the champion Rams and the Buffalo Bills, a match that could well be a preview of the next Super Bowl.

In the distant 1962, inside the then Fawcett Stadium, the first NFL Hall of Fame game was played.

This is not a game of legends or an induction ceremony, but the initial sign of a new year for football in the United States.

That August 11, 60 years ago, the New York Giants and the St. Louis Cardinals had an anticlimactic tie at 21 and now, Jacksonville and Las Vegas will be the protagonists of the emblematic duel.

No, Trevor Lawrence and most of the Jaguars and Raiders stars won’t be in attendance, but both teams are committed to putting on a good show and giving NFL fans what lies ahead in the upcoming season, which promises to be jam-packed. of surprises.

The game also serves as an appetizer for the Hall of Fame induction ceremony that will take place next Saturday in Canton, Ohio, where Tony Boselli (OT), Cliff Branch (WR), LeRoy Butler (S), Sam Mills (LB), Richard Seymour (DL) and Bryant Young (DL) will join the 354 members of the prestigious club.