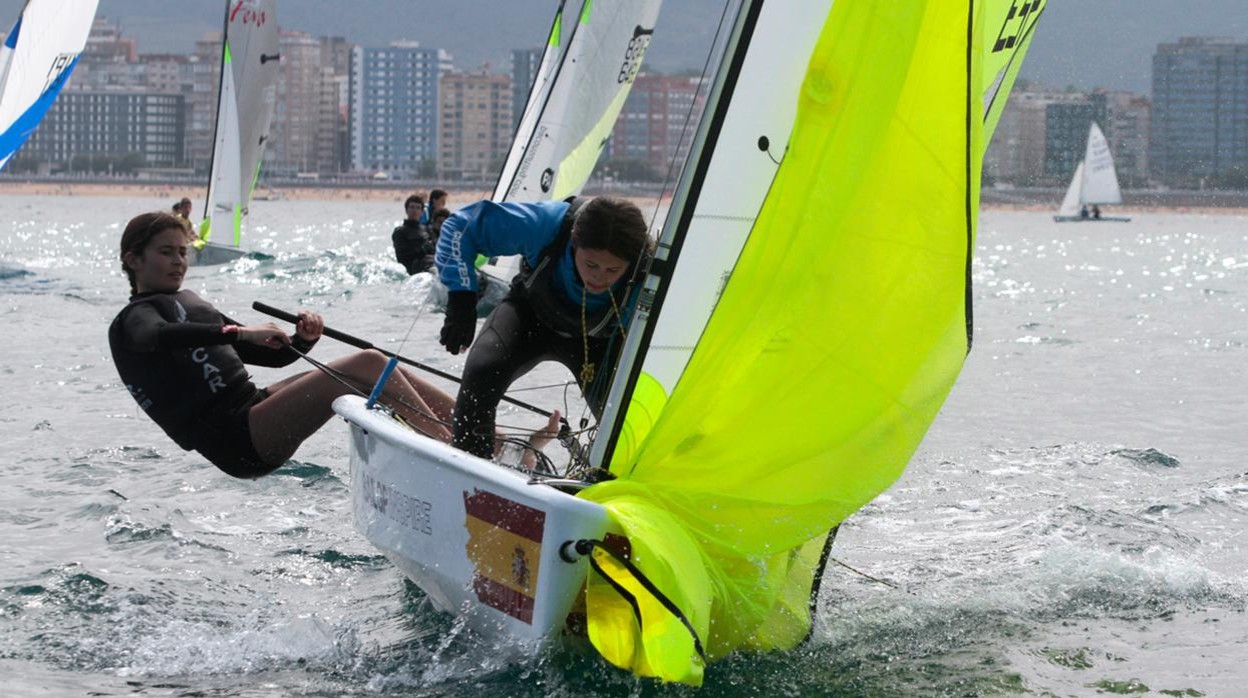 Organized by the Real Club Astur de Regatas, the XI Villa de Gijón Dinghy Sailing Trophy took place over the weekend in the bay of San Lorenzo. The 6 scheduled sleeves were held, 3 per day, in a regatta field where nearly 100 boats and more than 100 sailors gathered.

On both days the wind blew from the Northeast direction, on Saturday with more intensity with points that would reach 15 knots, while on Sunday, weaker, it would not rise above 9 knots.

In Optimist, the Gijón native of the Real Club Astur de Regatas, Marta Simal won the victory after winning 2 races and finishing in second place in 2 other races. The second position was obtained by the Galician, Nora Nieto from the Real Club Náutico de la Coruña, the third place went to Pedro Núñez, also from the Náutico de Coruña.

Paul Emezabal, from San Sebastián, from the Real Club Náutico de San Sebastián, was the best among the ILCA 6, with two victories and three seconds in his locker. For his part, Fernando Alonso of the Gijón Regatta Club, got the runner-up, won two sleeves and finished in second position in another two. The canary from Náutico de Gran Canaria, Sergio Carbajo would finish in third position.

In ILCA 4, the performance of the representative of the Real Club Astur de Regatas de Gijón, Álvaro Alonso, showed his superiority by winning four of the six regattas. Aitor Emezabal, from Náutico de San Sebastián was second, after scoring one first, two seconds and two thirds. For his part, Gonzalo Jaudenes belonging to the club from Gijón, was the first in the last race on Sunday finishing in third place overall.

In the RS Feva class, Covadonga Fernández and Carmen Simal from the Club de Regatas, as in the last edition, did not give their rivals options and with a full victories they would be the just winners of the Trophy. The second position was obtained by other women from Gijón, Marta Durán and Carmen Ayuela, followed by Juan Guisasola and Gabriel Sarasua from San Sebastian.

Finally, in the Snipe class, which disputed 4 heats, two per day, the couple formed by Alfonso Cabezudo and Ramón Lambás prevailed with three first, followed by Álvaro Alegría and Vanesa Rodríguez who won the last heat. Marta Suárez and Andrea Ponga with a second, a third and a fifth in the qualifying table, closed the places of honor.

Medvedev: “I want to beat everyone, but especially Nadal”