The opinion after Sporting Burgos: The VAR and the gourd 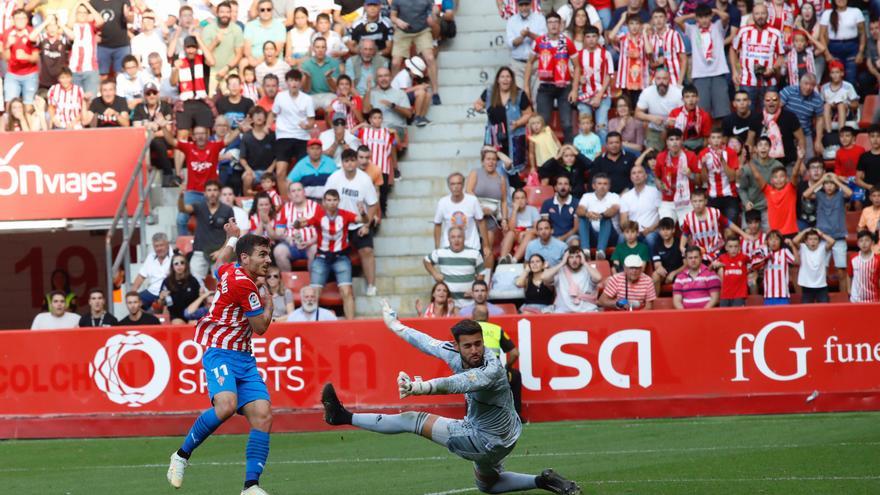 Tie to nothing in El Molinón. The image of the match, aside from the now eternal controversy of VAR and its changing protocol, is that of Campuzano sending Casa Aurora an opportunity that would have triggered the illusion of sportingism at the height of what were once the winning graphics of cryptocurrencies, now in search and capture. The Campuzano thing, apart from showing that the kid got off on the wrong foot in Gijón and it seems that he will come out the same way, is nothing more than an example of what those games are in which some want to play and others bet on hanging of the crossbar waiting to take advantage of what they have.

To win almost everything is lawful. Matches like this will be repeated many times in El Molinón and will be played by Sporting when they have to go out to difficult pitches. The important thing on occasions like this is to add up and not leave points in the bag, they will not be missed at the end of the season. Yes, the one who doesn’t console himself is because he doesn’t want to. But in the category of clichés, that of equality, sweat, tears and such and such is what it is. Like the fact that Abelardo liked the team against Burgos more than a week ago against the naive Andorra. For the rest, honor and glory for Queipo and for whom he has decided to bet on the kid.

The gourd is being one of the surprises of this season start. But beware, let no one forget that August is not over yet and there is still a long journey ahead. It remains to be seen if it will be through the desert or through green orchards provided with abundant manna and crystal clear waters. The important thing is to dare to line up a kid who comes from the Third Division, with which those who always defended that it does not matter what category the subsidiary moves through if at the end there is no coach to pull the quarry, whose methodology and others doubt the new boss. But now the issue is Ponferrada, did you hear, man?