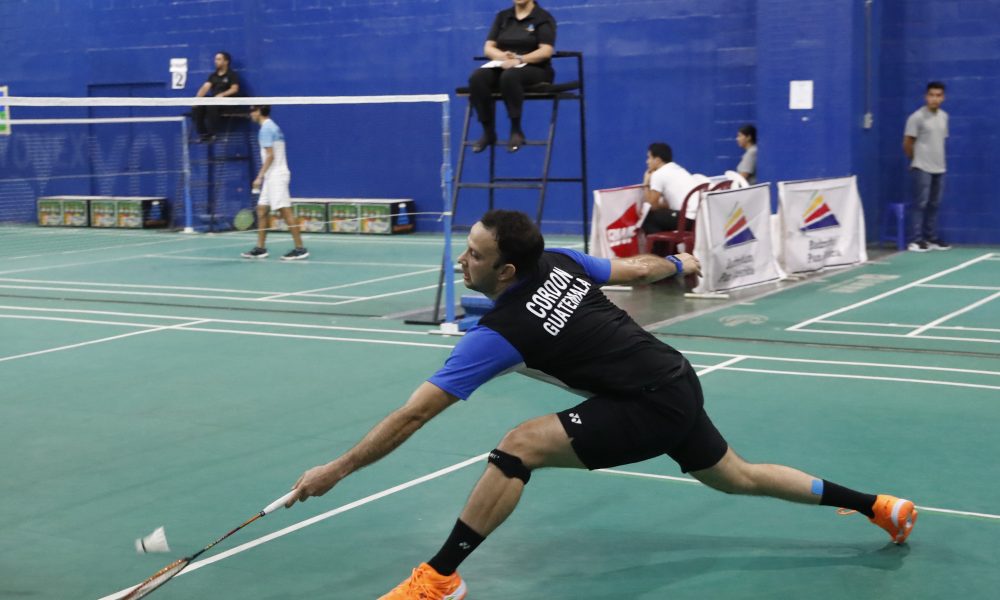 In September 1997, a before and after was marked in the national sport. It was at the age of 11 when the Gold Lefty, Kevin Cordonn, started his way in badminton.
Amílcar Castañeda, a retired badminton player, returned from abroad to La Union, Zacapa, where the life of a little boy who dreamed of being a footballer would change.

Castañeda and the Association of Badminton from Zacapa, through a talk at the primary school of La Unión, showed another discipline to the children. “That exhibition day I came to that gym, not because of badminton, but because of my teammates. I was more shy than eager, but the curiosity of hitting what was flying made me cheer up. I was given the opportunity to hit the rooster several times, which is what is most difficult at the beginning; So I was having a great time. This is how badminton came into my life”Cordón narrated in an interview in which he told us details of his life.

“In March 1998, a tournament was held in Quiché. I participated in the category under 13 years old, and I won it, which opened the doors for another tournament in June, a qualifier for another championship abroad. From the first tournament I came more than motivated, seeing that I could get on a plane, and I did it “said the national athlete.

“I remember very well when I got on the plane. The flight to Mexico City takes approximately 2 hours. I would have wanted it to last 12 or 15 hours; I didn’t want to get off the device. In the event I got 1 silver medal and 2 bronze. When I came back from that experience in Guadalajara, I was more than excited about what badminton was giving me”Cordon added.

“For my parents it was very difficult: the fact of letting me go out since I was 11 years old and only with my coach; My mom had a thousand reasons to tell me no, but she saw the joy that this sport gave me, so they began to give me permission. In 2002 I earned the opportunity to be selected for the Central American and Caribbean Games, and I liked the feeling of representing the country in an Olympic cycle. I saw the Olympic Games in Athens on TV. It was there when the dream of being in the Olympics came to me”, recalls the athlete.

“During the pandemic, with seven weeks remaining to finish qualifying for Tokyo, they told us that we couldn’t train because of the restrictions. The Badminton World Organization told us that everything was suspended, so we relaxed ». Months later, the Olympic Committee declared that they were not going to take place, but again they said that it was going to be postponed for a year. In June, the other countries were already training.

They reported that the rankings would resume, but not yet in Guatemala, so I had to find a solution. It occurred to me to see where I could train in La Unión, so I talked to the priest to use the parish center, to which he agreed but he conditioned me. Then I talked to the mayor and the police to give us permission during the curfew to train.

Having all this, I contacted the Federation, and they lent me a removable field to train”, Cordón narrated, recalling the good times.

The rest went down in history, qualifying to the semi-finals at the Tokyo Olympics and finishing fourth. This month he returned to the same place, to play the World Badminton Championship, but things did not work out for Lefty.

Kevin’s dream, initially, was to be a footballer. He mentioned that he and his family watched national and Mexican soccer, and it was Martín Machón who was playing for Santos de México at the time, the inspiration for him to become a professional player.