The curtain opens on the bay of Palma 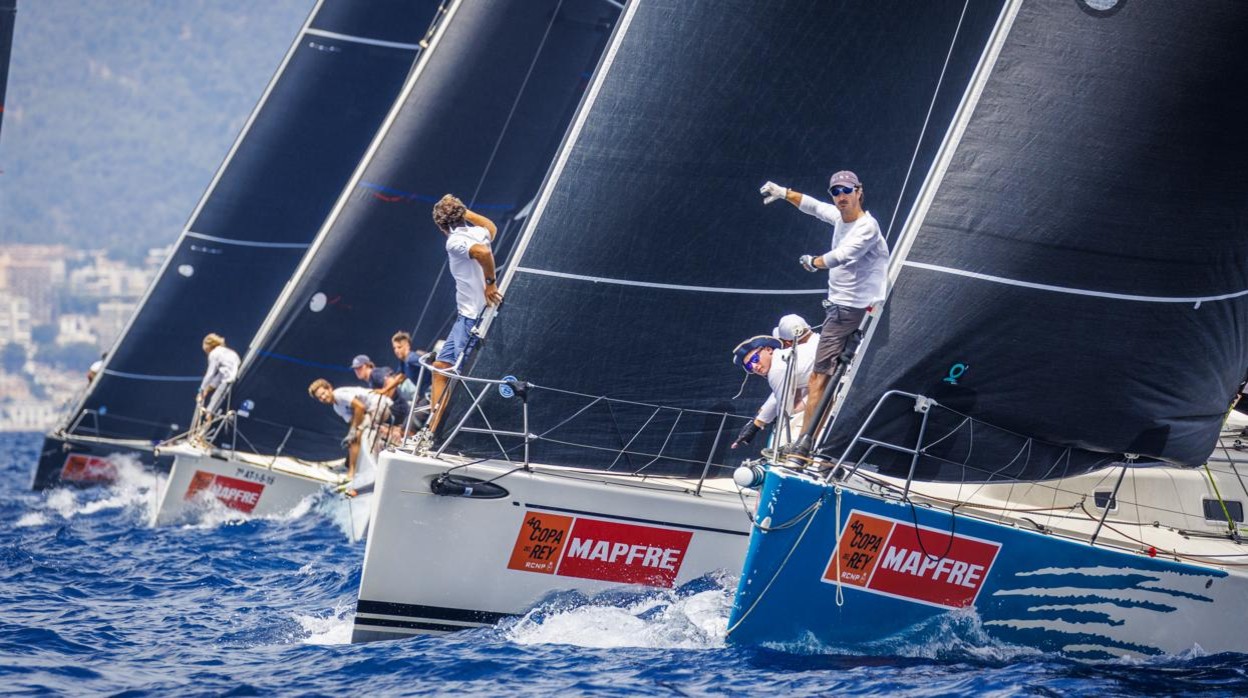 Forty editions of what became the most important regatta in the Mediterranean and which is being presented this year in the bay of Palma with nine classes and 109 boats. The Copa del Rey Mapfre begins today with the uncertainty of how to bet on the nine winning boats and without any news regarding the classification methods. As it has been for a few years now, the Copa del Rey Mapfre will be divided into two classifications. One that is achieved from Monday to Wednesday and another, totally new, that is carried out in the last three days of competition. An unfortunate invention from the time of Javier Sanz as president of the Organizing Committee of the regatta, which has not yet been corrected despite the protests of the skippers.

The fact is that the IRC has disappeared because the boats have already tired of going to a competition where they aroused little interest and the star Division, ORC, has had a significant downturn by coinciding the days of the Copa del Rey Mapfre regatta with the ORC European Championship. Not even the Royal Spanish Sailing Federation has tried to mediate so that the European will be held on other dates and not harm the Spanish regatta.

In the ORC 1 class (BMW) we have the DK46 Estrella Damm, owned by Ignacio Montes, HM Hospitales, owned by Carles Rodríguez and Palibex, owned by Jaime Colsa, as star protagonists within the 19 units that make up the class. Low level, really, although here the Aifos sails, from King Felipe.

In the ORC 3 class, Brujo, owned by Federico Linares and Tanit Medilevel, owned by María José Valero, which if there is no surprise between these two boats will be the winner.

The ORC 4 class, which was activated so that the club boats could come to Palma to sail, has been a real disaster with only seven units in the running and that is that they are the true amateur boats with furling sails.

Then there are the stars of the Copa del Rey Mapfre, and if it weren’t for them I don’t know what could happen. These are the Swan 50, 42 and 36 class, which will liven up the roost in the bay. Among the fourteen 50-foot units, Tenaz, owned by Spaniard Ignacio Garriga. Among the nine 42-footers, the Spaniards Nadir, by Pedro Vaquer and Pez de Abril, by José María Meseguer, and among the 8 36-footers, no Spaniards.

Only the Herbalife J70 class remains with 8 units, all with a Spanish flag, among which the Alcaidesa, by Gustavo Martínez Doreste, Les Roches, by Pepequin Urbaneja and the Let It Be, by Marcelo Baltzer stand out.

And to close, the Mallorca Sotheby’s Womens Cup, exclusively for women and which will probably be the last year for this class, with Natalia Vía-Dufresne’s Dorsia Covirán as the great favorite that they will have against the MRCYB, with Marta Ramada at the helm and to Team RCNP, with María Bover at the controls. This is all we find on the fortieth anniversary of the Copa del Rey Mapfre.

As always, good Race Committees with Gaspar Morey as Principal Race Officer; Ariane Mainemare as PRO of the Swan camp; Chimo González Devesa in the field of ORC 1 and 2 and Aleix Ballester in the field of ORC 3, J70 and the girls. As President of the Jury, Andrés Pérez, a real guarantee.

Yesterday official training day in the bay of Palma with an exceptional protagonist, King Felipe VI, who at the end of the day sat down with his crew on the terraces of the Real Club Náutico de Palma to drink a beer.

The competition program will consist of six days of regattas for all classes except the Herbalife J70 and Mallorca Sotheby’s Women’s Cup, which will compete over five days. The format designed by the Organizing Committee divides the event into two phases: Preliminary Series and Final Series. The Preliminary Series will be held from Monday to Wednesday with up to five non-discardable tests (eight for J70 and J80); the position obtained at the end of that phase will indicate the number of points with which each boat begins the Final Series as of Thursday, day 4 (the first classified will have one point, the second two points, the third three points, etc… ). The boat that accumulates the lowest score on the last day of racing will receive the trophy.